Supporters of Yoruba nation agitator, Chief Sunday Adeyemo, aka Sunday Igboho, today staged a protest in Ibadan, the Oyo State capital, to demand his release from custody Benin republic police. The protesters, mostly youths, demanded that Igboho be released and not extradited to face trial by the Federal Government as is being reported on some media platforms. 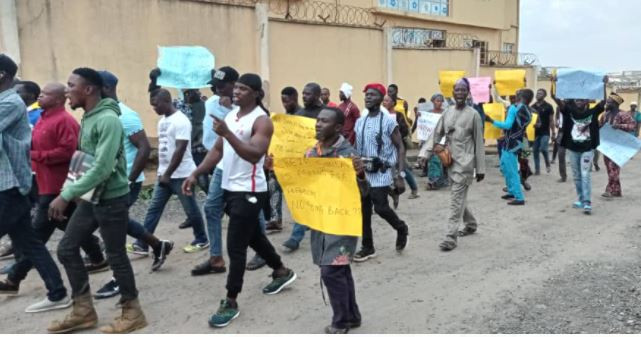 One of the protesters said“Federal government should release Igboho for us, he’s fighting for his the rights of his people, Federal Government should go and arrest the killer herdsmen that are killing and maiming innocents lives across the country.” The post Youths stage protest in Ibadan to demand Sunday Igbohos release (photos) appeared first on Linda Ikeji Blog.
Courtesy of spobam