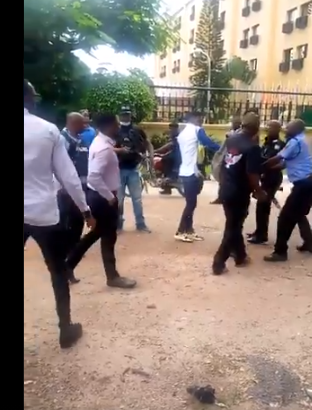 Some young Nigerians who took to the streets of Abuja to protest against the increased electricity tarriff, were spotted in a viral video being assault by some policemen.  @AyowoleSanyaolu who noted that the protest at the Nigerian Electricity Regulatory Commission (NERC) office in Abuja was peaceful, said the policemen who assaulted them told them that they don't have the right to protest.  He tweeted;  While we protest peacefully at @NERCNG , Abuja, against the thoughtless increment in electricity tariff, @PoliceNG descended on us fiercely. A number of us were mercilessly beaten and others were dragged like common criminals. But in all, we stood our ground. Tyranny will not [email protected] says Nigerians have no right to protest 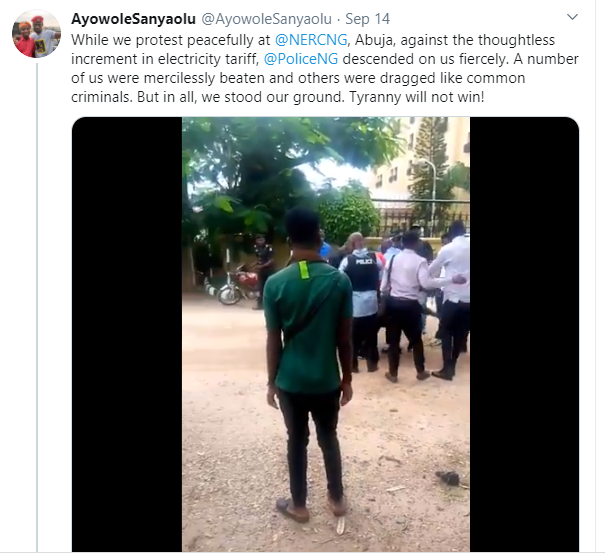 View this post on Instagram         Police assault young men who took to the streets of Abuja to protest against increased electricity tariff. One of the policemen was heard telling them they don’t have the right to protestA post shared by Lindaikejiblog (@lindaikejiblogofficial) on Sep 16, 2020 at 2:14am PDTThe post You don’t have the right to protest – Policemen say as they assault young Nigerians protesting against increased electricity tariff (videos) appeared first on Linda Ikeji Blog.
Courtesy of spobam