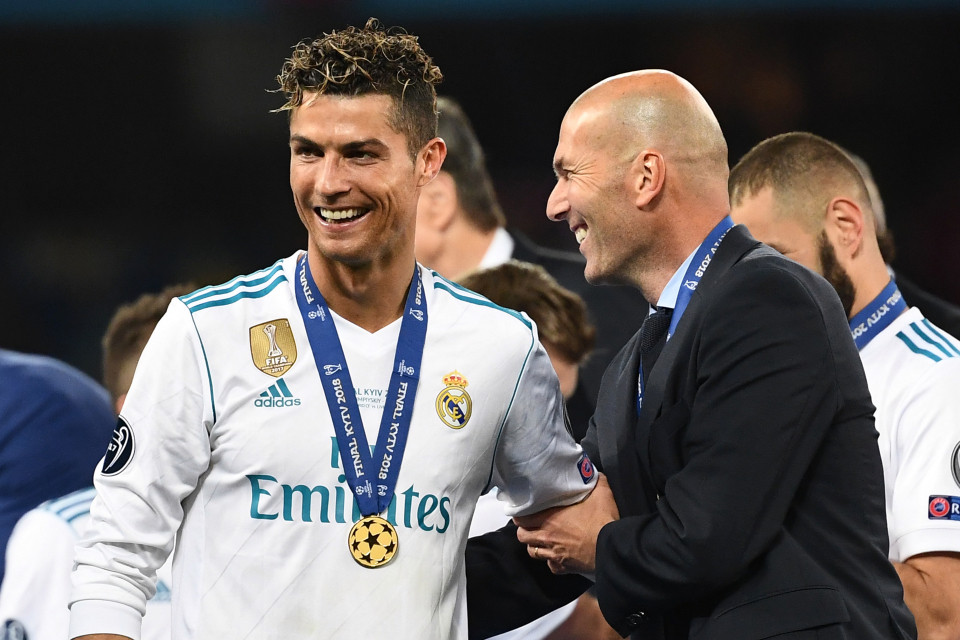 Real Madrid coach, Zinedine Zidane, has reacted to recent reports Cristiano Ronaldo could make a shock return back to the Spanish giants.Since Juventus exited the UEFA champions league last week, there have been reports that former clubs Real Madrid and PSG might be interested in signing him up.According to Zidane, whose club has been experiencing difficulties since Ronaldo's departure, ‘it may be’ true that Juventus talisman Cristiano Ronaldo could return to the club.The French coach was interviewed by Sky ahead of the return leg against Atalanta in the last 16 of the Champions League and the reporters wanted to know about the possibility of Ronaldo’s return to the Santiago Bernabeu.“Yes, it may be,” Zidane replied. “We know Cristiano, we know the person he is and everything he has done here.“But now he’s a Juventus player and we must respect this.“Now, let’s see what the future will be. I was lucky enough to coach him and he is very impressive. Right now, he’s helping Juventus.”  The post “Yes it may be” – Zidane reacts to rumors of Cristiano Ronaldo’s return to Real Madrid appeared first on Linda Ikeji Blog.
Courtesy of spobam