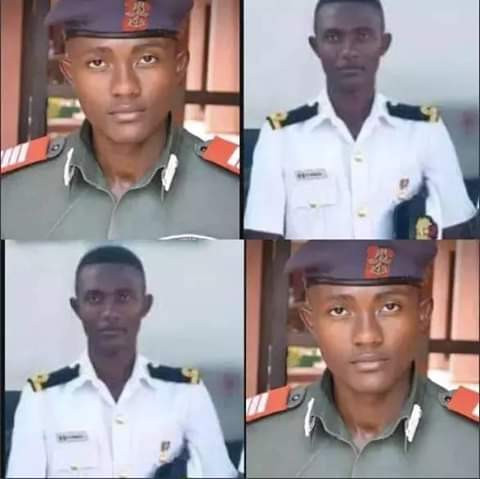 The Cross River State Police Command has arrested the killers of Naval Sub Lt. David Igbashal, who was abducted on 22 February, 2020 while on his way from Calabar to Makurdi, Benue State to make arrangements for his wedding. Recall that late Igbashal was declared missing after embarking on the ill-fated journey. Read previous report here The arrest made on April 18, 2020 was led by Superintendent Emmanuel Ukwenya of the Zonal Anti-Corruption/X-Squad set up by Assistant Inspector General of Police, Mr. Zaki Ahmed. PRO of Zone 6, Mr. Nelson Okpabi, stated that the squad recovered the remains of the slained Sub Lt. at Omuogodu Akpu in Ngbo Local Government Area of Ebonyi State, a warring community with neighbouring Agila village in Benue State.“The team which acted on a credible information arrested five suspects in connection with the crime and they confessed to the commission of the heinous crime. They also took the detectives to the site where the murdered officer was buried” Meanwhile, investigation is in top gear and the suspects would be arraigned accordingly.“The AIG in-charge of Zone 6 Headquarters Calabar, is using this opportunity to condole with the Nigerian Navy for the Lost of the young officer; while calling on members of the public to obey Government/NCDC directives and stay safe. He also assured them of adequate security in this trying times and urged them to report suspected person(s)/ incidents to the police without hesitation”, he stated. Late Igbashal was a fresh graduate from the Nigrian Defence Academy and was posted to Calabar. He was from Ikyaghev Council ward of Gwer-West Local Government Area of Benue State.The post Update: Police recovers remains of missing Benue Naval Officer murdered one month to his wedding, arrest 11 suspects appeared first on Linda Ikeji Blog.
Courtesy of spobam

Update: At least 16 dead including both pilots, and 123 injured as Air India flight from Dubai with 191 people onboard crash-lands at Calicut...