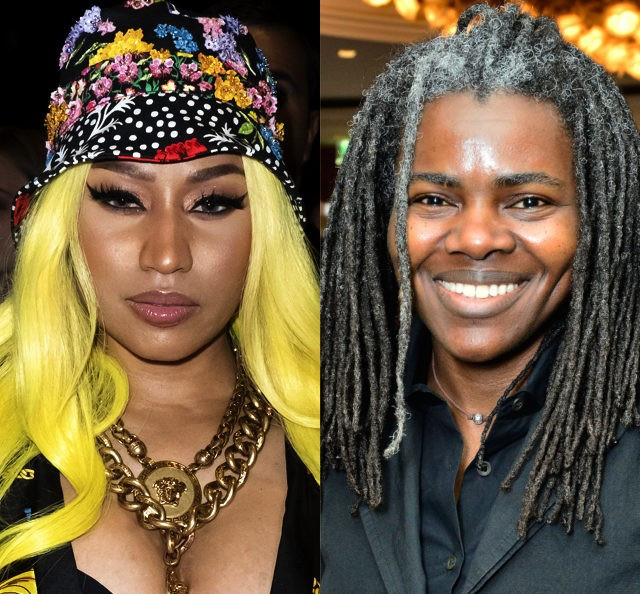 A Judge has ruled in favor of Nicki Minaj in the copyright dispute between the rapper and four-time Grammy winner, Tracy Chapman.  Back in 2018, Tracy Chapman sued Nicki Minaj for 'stealing her song' 'Baby Can I Hold You.' She alleged that the rapper used 'half of the lyrics and vocal melody' of the 1988 hit to make her track “Sorry.” In her lawsuit, the American singer-songwriter sought damages and an order to prevent Nicki and her team from releasing “Sorry.” She also claimed that Nicki’s team made “multiple requests” to license “Baby Can I Hold You” and was denied.  As at that time, Minaj denied committing copyright infringement, stating that her interpolation was protected by the doctrine of fair use.  A judge has now handed Nicki victory in court on Wednesday Septenber 16, when she ruled that the rapper did not commit copyright infringement when she wrote and recorded her song, Variety reports. Judge Virginia A. Phillips cited the doctrine of fair use in her ruling. “Artists usually experiment with works before seeking licenses from rights holders and rights holders typically ask to see a proposed work before approving a license,” Phillips wrote. “A ruling uprooting these common practices would limit creativity and stifle innovation within the music industry.” The post Update: Judge rules in favor of Nicki Minaj in Tracy Chapman copyright dispute appeared first on Linda Ikeji Blog.
Courtesy of spobam