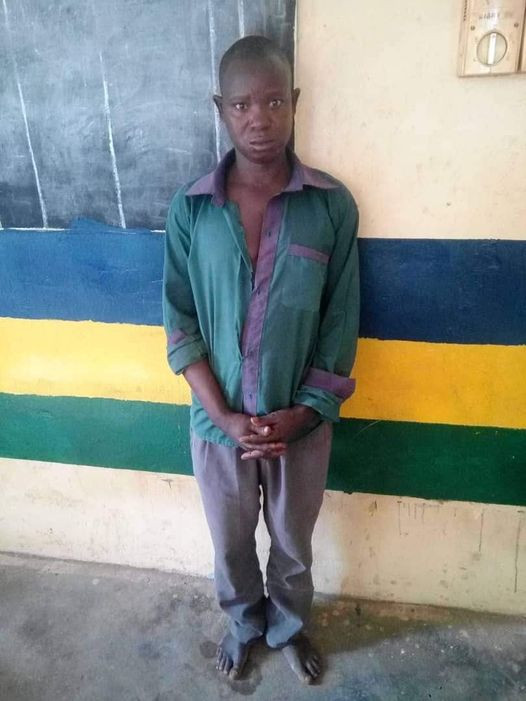 The Adamawa State Police Command on Wednesday April 7, paraded a 27-year-old man, Johnson Samuel, who stabbed a 57-year-old man to death over suspicion that the victim was having an affair with his wife.  LIB reported that the suspect, a resident of Bandasarga village, Ganye Local government returned home on Sunday, April 4, 2021 between the hours 11 and 12pm and met the victim in his house. He suspected the victim of having an affair with his wife, and reacted by grabbing a knife which he used to stab him. The victim identified as Yaji Lawal, a resident of Bakari guso village, was rushed to the hospital but was confirmed dead by a doctor. The post Update: Adamawa Police parade father of three who killed 57-year-old man he suspected of having affair with his wife appeared first on Linda Ikeji Blog.
Courtesy of spobam