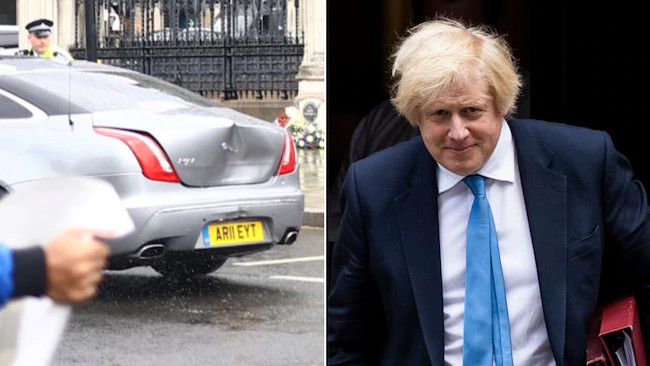 UK Prime Minister, Boris Johnson was involved in a car crash just outside the Parliament on Wednesday afternoon. The Prime Minister had just left the gates of the Palace of Westminster and onto Parliament Square in Westminster when a protester ran out into the road and leaped in front of his £54,000 Jaguar car. The driver applied a sudden break, forcing the security vehicle following behind to hit the Prime Minister’s vehicle. This left a visible dent on the back of the Prime Minister's Jaguar. 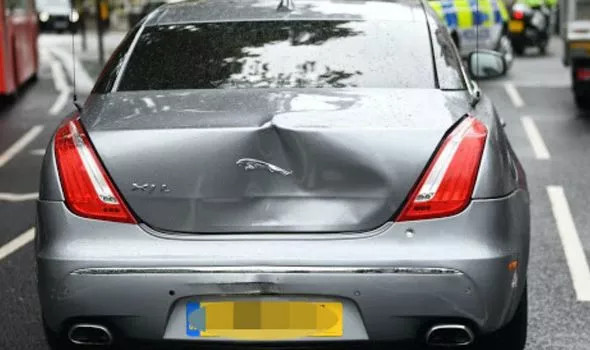 Downing Street has confirmed the Prime Minister was in the car at the time of the incident. Johnson was unscathed as the vehicles drove off. Photographs from the scene of the accident showed a man being tackled to the ground and detained by several police officers. 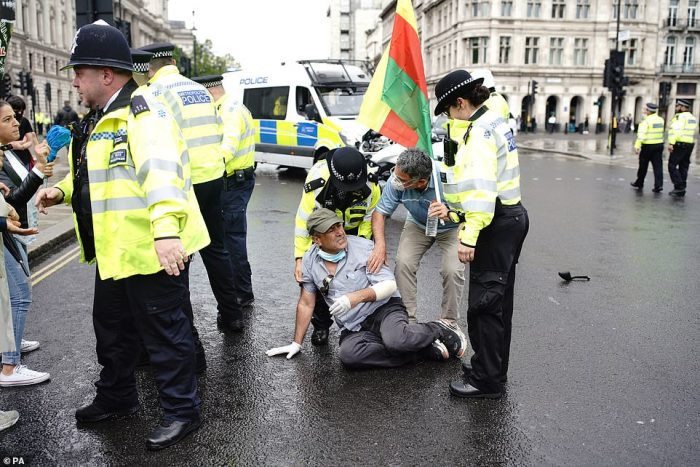 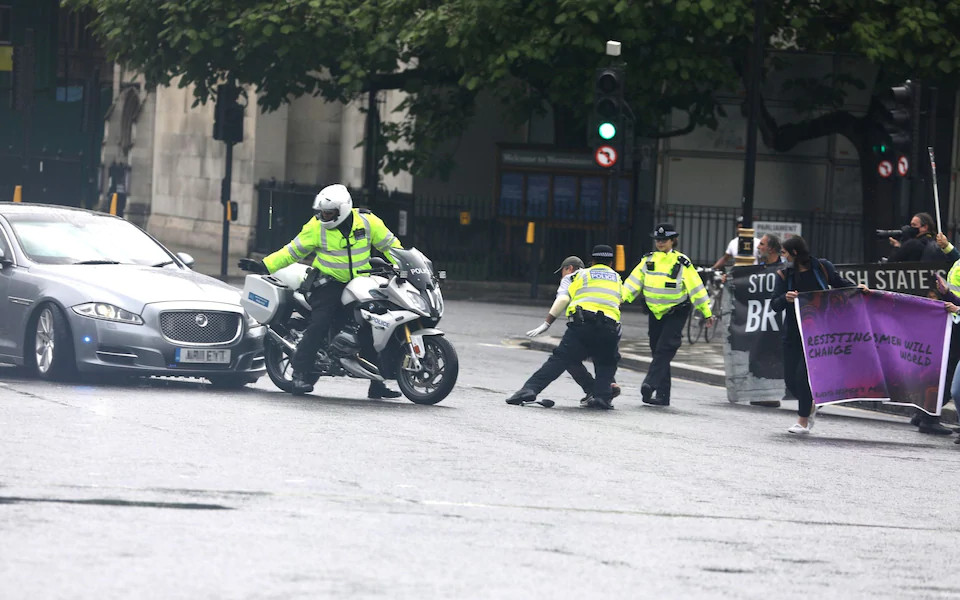 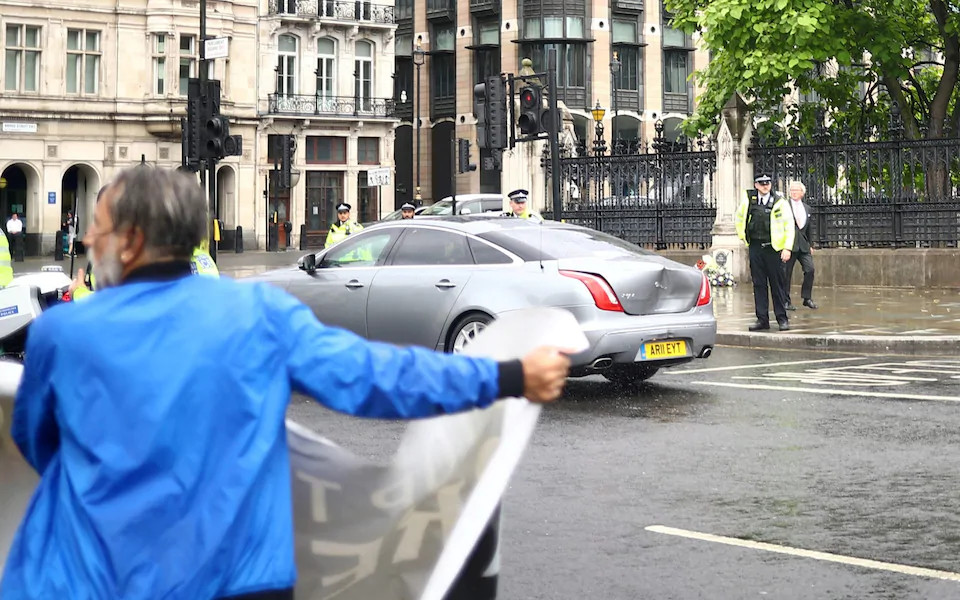