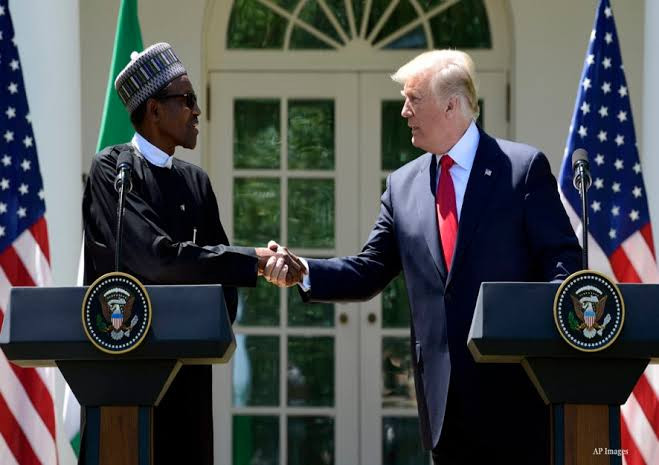 The United States Government has condemned the killings of civilians in northern Nigeria. In a statement published on the Department of States website on Tuesday, June 16, the U.S. urged the Buhari-led administration to intensify efforts in protecting Nigerians as well as bringing those responsible for the killings to book. The statement signed by Secretary of State, Michael R. Pompeo, reads: “We condemn the recent senseless and brazen killings of civilians in northern Nigeria. 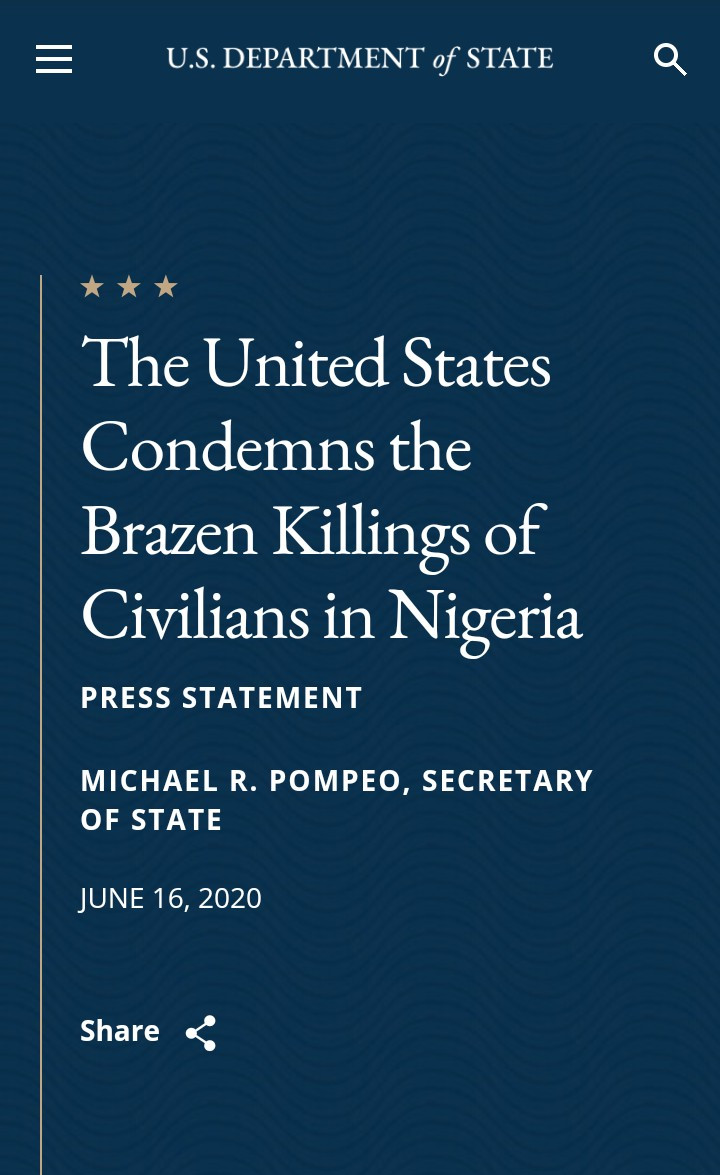 "In recent weeks, suspected ISIS West Africa militants launched multiple attacks in Borno State, killing more than 120 civilians, including women, children, and the elderly.  On June 9, unidentified armed bandits attacked a village in Katsina State, killing dozens. "These horrific crimes follow the shooting of a pastor and his pregnant wife on June 1 and the killing of an imam, local village head, and several civilians on June 5 in the course of intercommunal violence in Taraba State." The U.S government also maintained that religious persecution exists in the country, adding that it had led to the death of many. "Tens of thousands of civilians have lost their lives in Nigeria in recent years to violent attacks by terrorist groups or criminal gangs, in inter-communal violence, or due to their religious beliefs. " The statement continued: “The United States calls on the Government of Nigeria to do more to strengthen ongoing efforts to address this violence, hold those responsible accountable, and protect civilians."The post U.S condemns “brazen killings in Nigeria” and urges FG to do more to protect civilians appeared first on Linda Ikeji Blog.
Courtesy of spobam