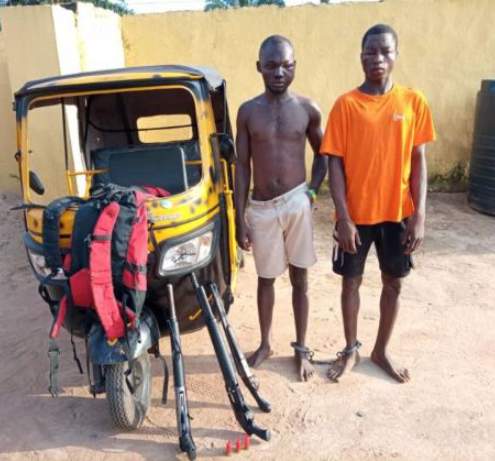 Police officers dislodged an armed robbery syndicate in Abagana, Njikoka LGA of Anambra state and arrested two suspects. Both suspects were reportedly arrested with offensive weapons and other incriminating items, the police said. At about 8:32am on Saturday, October 31, there was a distress call that suspected robbers armed with dangerous weapons were operating at Abagana end of Nimo junction in Njikoka LGA of Anambra State.Following the distress call, Police operatives attached to Abagana division in conjunction with local vigilante group from Umudunu village quickly responded and rushed to the scene. Two suspects, Ocha Chinonso, 23 years of Mgbuke Village, Umunachi and Chidubem Emmanuel, 22, of Umusiome Nkpor, were arrested. 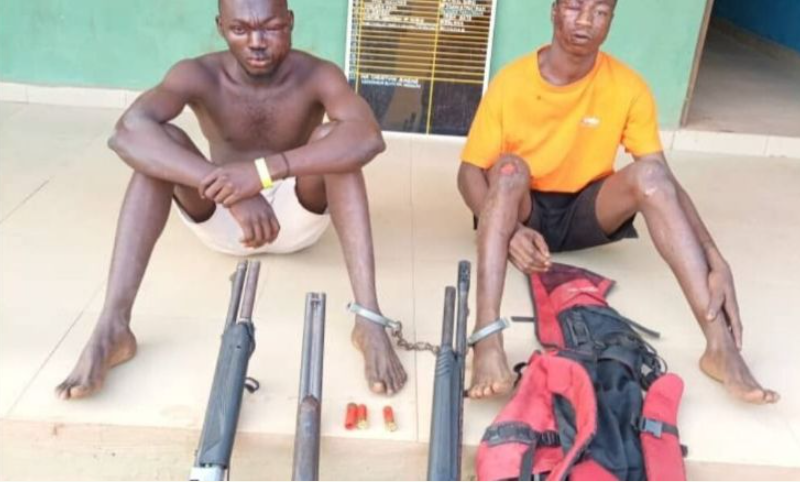 According to SP Haruna Mohammed, PPRO Anambra State Police Command, exhibits found in the suspects' possessions include two pump action gun, one short double-barrel gun, three cartridges and one keke tricycle. The case is under investigation after which suspects would be charged to court for prosecution. 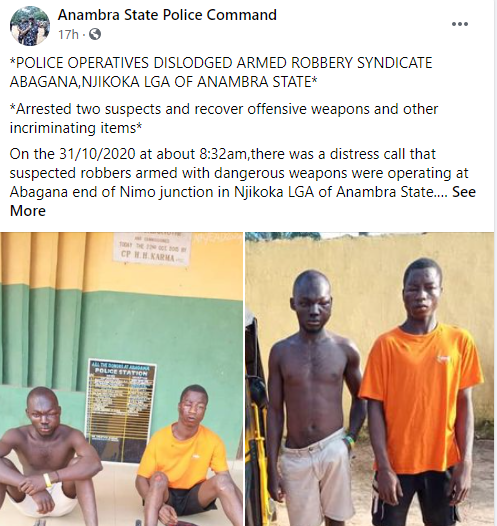