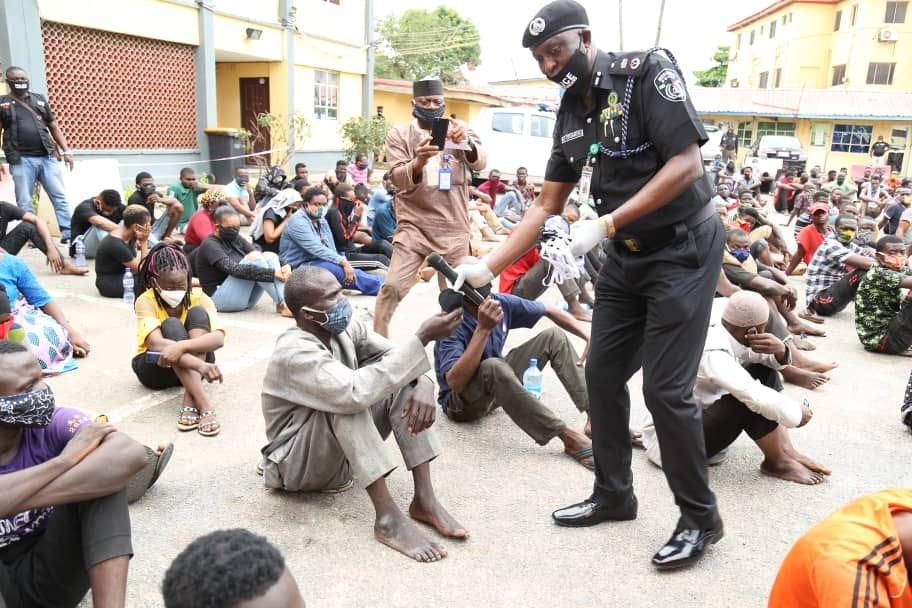 The Lagos State Police Command has arrested a 41-year-old man, Patrick Mbama, and 30-year-old, woman, Ogechi Chinonso Ekwebele, for stealing a one month old baby and selling him to a buyer in Lagos. The suspects were intercepted by police Officers from Anthony Police Division, on enforcement duty at Anthony Oke pin down point. The officers stopped a Toyota Sienna SUV carrying 7 passengers and their inquiries fuelled the suspicion that the baby was stolen. When interrogated, the suspects stated that they were coming from Orlu, Imo State and had come to Lagos to sell the baby to a childless couple. The childless couples, Izuchukwu Okafor ‘m’ 51 years old and Cecilia Okafor ‘f’ 40 years old were arrested afterward. Items recovered from the suspects include the baby’s original birth certificate and parents names. The baby’s biological parents have been traced and he would be handed over to them. The police say the suspects will be charged to court soon.The post Two arrested for stealing one month old baby appeared first on Linda Ikeji Blog.
Courtesy of spobam