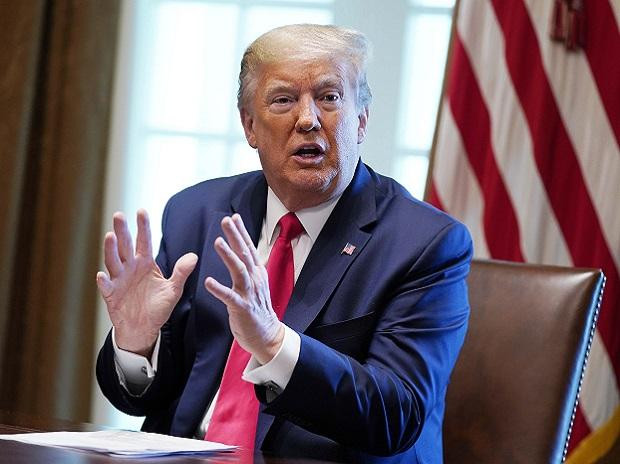 President Donald Trump has announced that immigration to the US will be temporarily suspended to protect the jobs of Americans.  The US President made the announcement on Twitter and he hinged the decision on “the attack from the invisible enemy”.  Trump tweeted;  “In light of the attack from the Invisible Enemy, as well as the need to protect the jobs of our GREAT American Citizens, I will be signing an Executive Order to temporarily suspend immigration into the United States!”

Though it is still unclear the mechanism President Trump will use to suspend immigration, how long such a suspension could last or what effect this will have on the operation of US border crossings and on those who already hold green cards, the immigration ban generated close to 10,000 reactions less than 25 minutes after the US President tweeted it and it foreshadowed the political fire will ignite on Tuesday April 19 across the North American country.  The announcement came after the White House insisted that the worst of the pandemic is over and the country can begin reopening. The US has over 787,000 confirmed cases of Covid-19 and more than 42,000 deaths, according to a tally by Johns Hopkins University, which is tracking the pandemic globally. The post Trump suspends immigration to US to protect jobs of Americans appeared first on Linda Ikeji Blog.
Courtesy of spobam