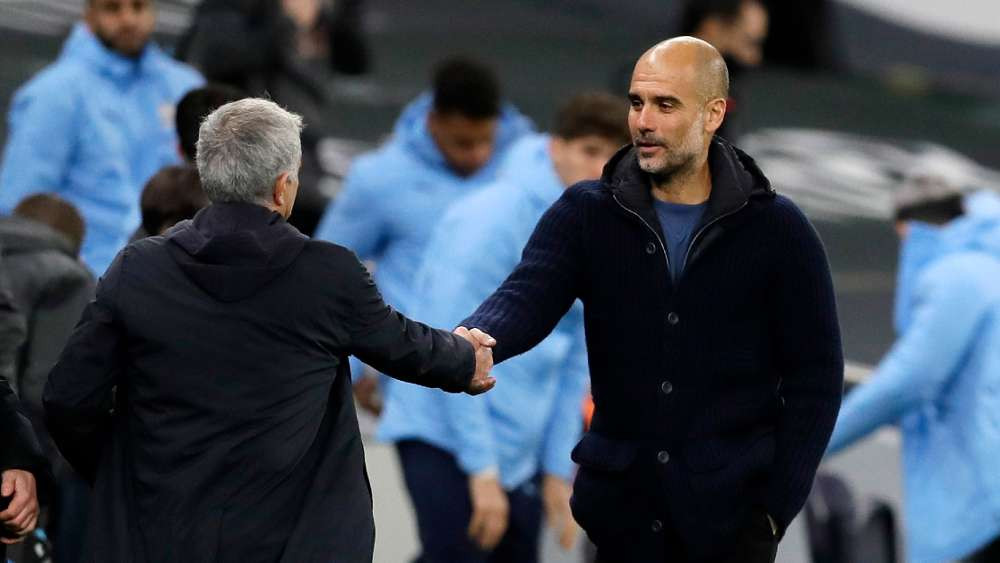 Manchester city manager, Pep Guardiola, has admitted that Jose Mourinho's side, Tottenham are favorites to win the English Premier league and shouldn't be taken lightly. Pep Guardiola made the comment after Tottenham inflicted a 2-0 win over Manchester City on Saturday November 21.Since arriving at City in 2016, Guardiola has helped the club win two Premier League titles .The other two titles were won by Chelsea by seven points in 2016-17 and Liverpool by 18 last season but Guardioal feels this may be the most open title race since his arrival in England. City sit 11th in the table, eight points behind league leaders Spurs but have played one less game. With just 10 goals scored through eight league games, this is City's worst return. "They are top of the league. So obviously they are more contenders than anyone else right now," Guardiola said in a news conference."Of course, there are a lot of points to play for, we're eight points down, we have one game less, but there are a lot of teams in front of us. We have to start winning games, if not that will not be possible, we know it. We have to try to win games, we know it."In terms of the game, I think we are not far away, but we struggle to score the goals right now, and it is not about particularly for one person or the other one. That is the reality, 10 goals…is not good enough.""Well, the first year, I remember Chelsea yeah, in the beginning it was so tight, but in the end they take the advantage. The second season, and the third, and the fourth, it was so clear for City two times and Liverpool once," he said."This looks like [the most open title race], but again it is nine [sic] games I think we have played so still a lot to play."We will see, you know playing a lot of games this season how it is going to happen. We will see."The post “Tottenham are the biggest Premier League contenders right now” – Pep Guardiola appeared first on Linda Ikeji Blog.
Courtesy of spobam