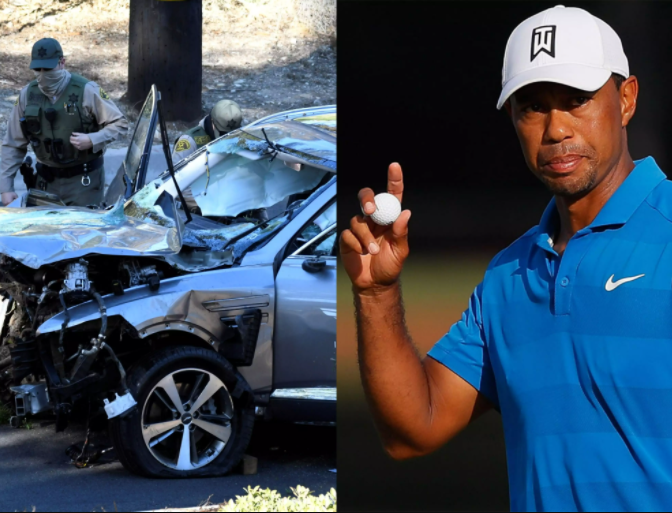 Golf legend, Tiger Wood's crash report has been revealed and he was more seriously injured than initial reports indicated.The 15-time major champion was involved in a single-car crash on  February 23, in California, and was rushed to a hospital, where he underwent successful surgery over multiple leg injuries.His gruesome wounds were detailed in an incident report filed by Los Angeles first responders, obtained by TMZ Sports. “Knocked unconscious, laceration to the lower front jaw, bruised right and left rib cage, fractured right tibia and fibula, possible right ankle injury,” the report read, under the section labeled “describe injuries.”The report also gives more detail about Woods’ leg injury, reading “open fracture, mid-shaft on his right leg, below knee,” according to the outlet. Los Angeles County Sheriff, Alex Villanueva, said the primary cause of the accident was driving at a "speed unsafe for the road conditions and the inability to negotiate the curve of the roadway".Villanueva added the "estimated speed when the vehicle struck the tree was 75mph", while it is believed Woods inadvertently hit the accelerator instead of the brake pedal moments before the crash in Rancho Palos Verdes.  LASD Captain James Powers said: "The car's so-called 'black box' data recorder showed Woods engaged the accelerator and never applied the brake during the incident. That could indicate he may have mistakenly hit the wrong pedal while trying to control the car." Powers added: "It's believed that when you panic or you have some sort of sudden interruption while you're driving, your initial thought is to hit the brake and it's believed he may have done that but hit the accelerator." Even though Woods was doing 87 mph in a 45 mph zone, the sheriff’s said Woods will not be charged with speeding, because police officers did not observe him breaking the law. The 15-time major champion is currently at home in Florida recuperating from the crash, having been released from hospital last month, with the former world No 1 unable to feature at The Masters this week.The post Tiger Woods was driving almost twice the speed limit before car crash, L.A. sheriff says appeared first on Linda Ikeji Blog.
Courtesy of spobam