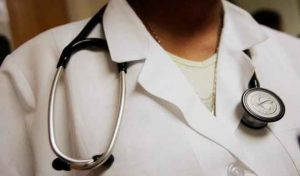 Three medical doctors at the Alimosho General Hospital and Lagos State University Teaching Hospital (LASUTH), Ikeja, have tested positive for COVID-19. This was disclosed in a statement released by the Medical Guild in Lagos, signed by the Chairman and Secretary of the guild, Dr Oluwajimi Sodipo and Dr Ismail Ajibowo respectively.  The Medical Guild is an umbrella body of doctors under the employment of the Lagos State Government. According to the statement, the three affected doctors have been admitted at different isolation facilities in Lagos for treatment and are in stable conditions. The statement added that doctors at Alimosho General Hospital, Ikorodu General Hospital, Lagos General Hospital and Lagos State University Teaching Hospital (LASUTH) have also been exposed to COVID-19 cases and have been tested for the ravaging virus. ”Since the incidents, we have been working with our Reps in those centres and the Medical Directors to ensure testing of those involved, with a plan for care in the unfortunate incident of positive cases. We regrettably want to inform that we have 3 colleagues who have tested positive ( from Alimosho and LASUTH) and they have been admitted at the various isolation centres. Thankfully they are all stable as we speak.The Guild has been providing support to them while we await results from other centres.” the statement in part reads The Minister of Health, Osagie Ehanire, on Thurday April 23, disclosed that 40 medical personnel have tested positive for the novel virus. The post Three medical doctors in Lagos test positive for Coronavirus appeared first on Linda Ikeji Blog.
Courtesy of spobam