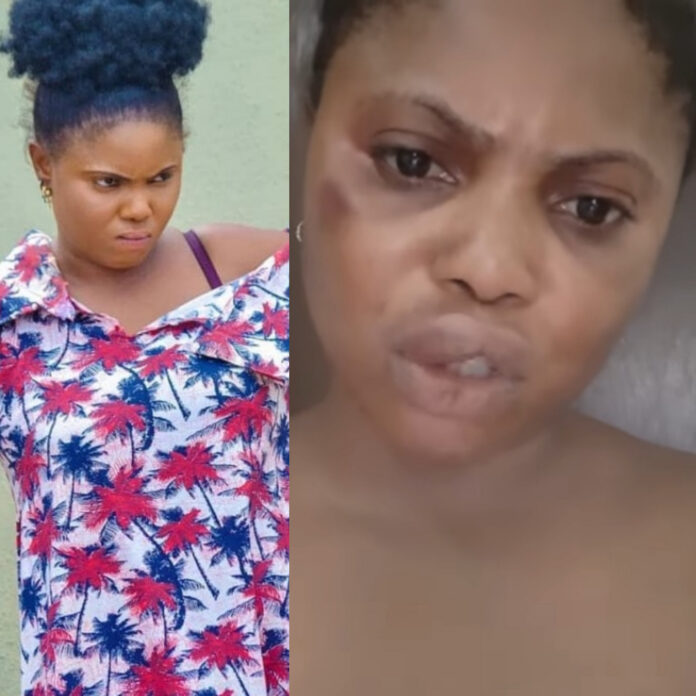 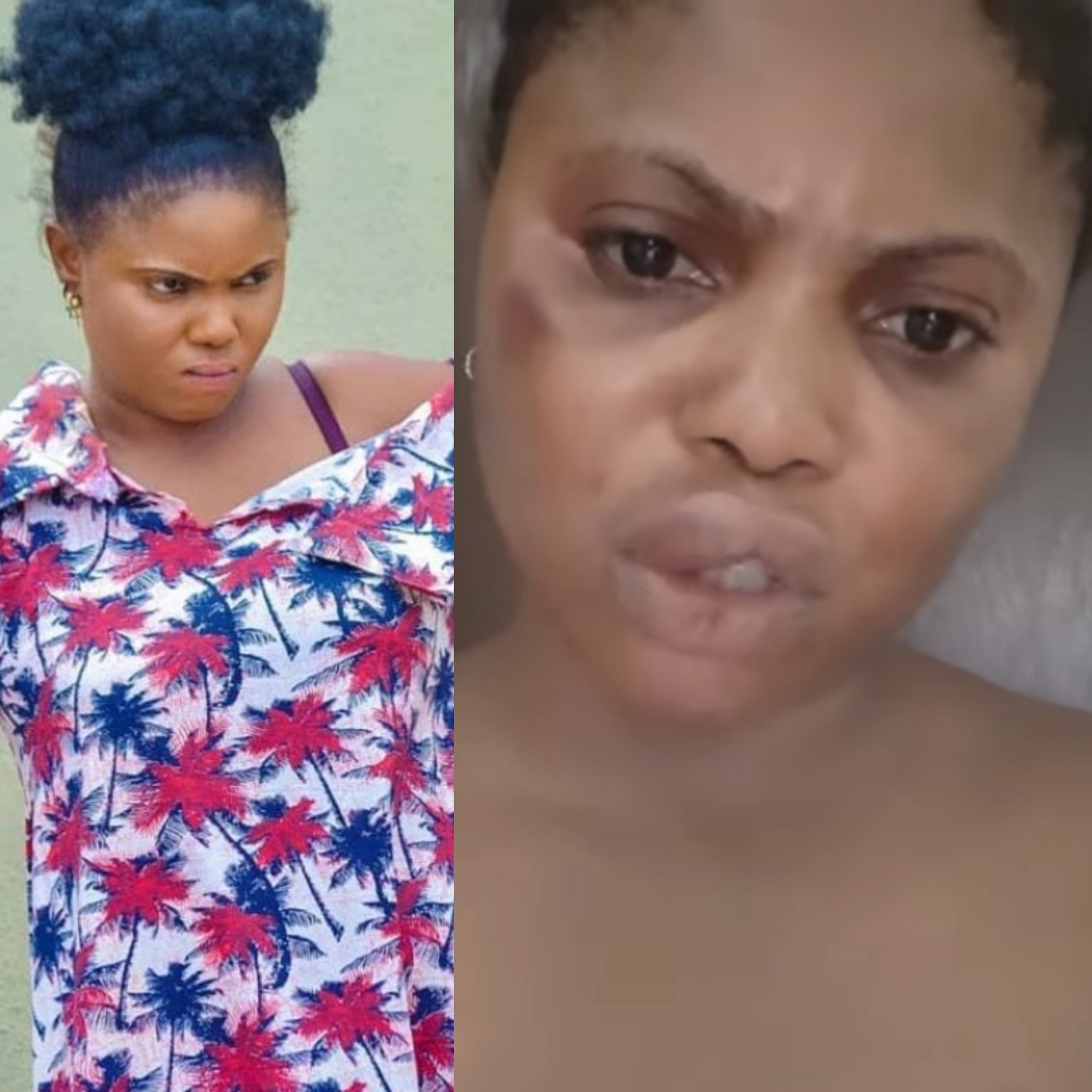 Actress Evan has cried out for help on social media while claiming some people are trying to kill her because of a movie she made. The actress shared a video of herself with swollen lips and face. She is seen crying in the video, while begging people to intervene and save her. She shared another video of herself late at night, arriving at the police station. From the station, she gave an update. She said she was attacked because of a movie she made about an app called Bigo, owned by a Singaporean based company. She claims some people are asking her to take down the movie and are targetting her life because of it. 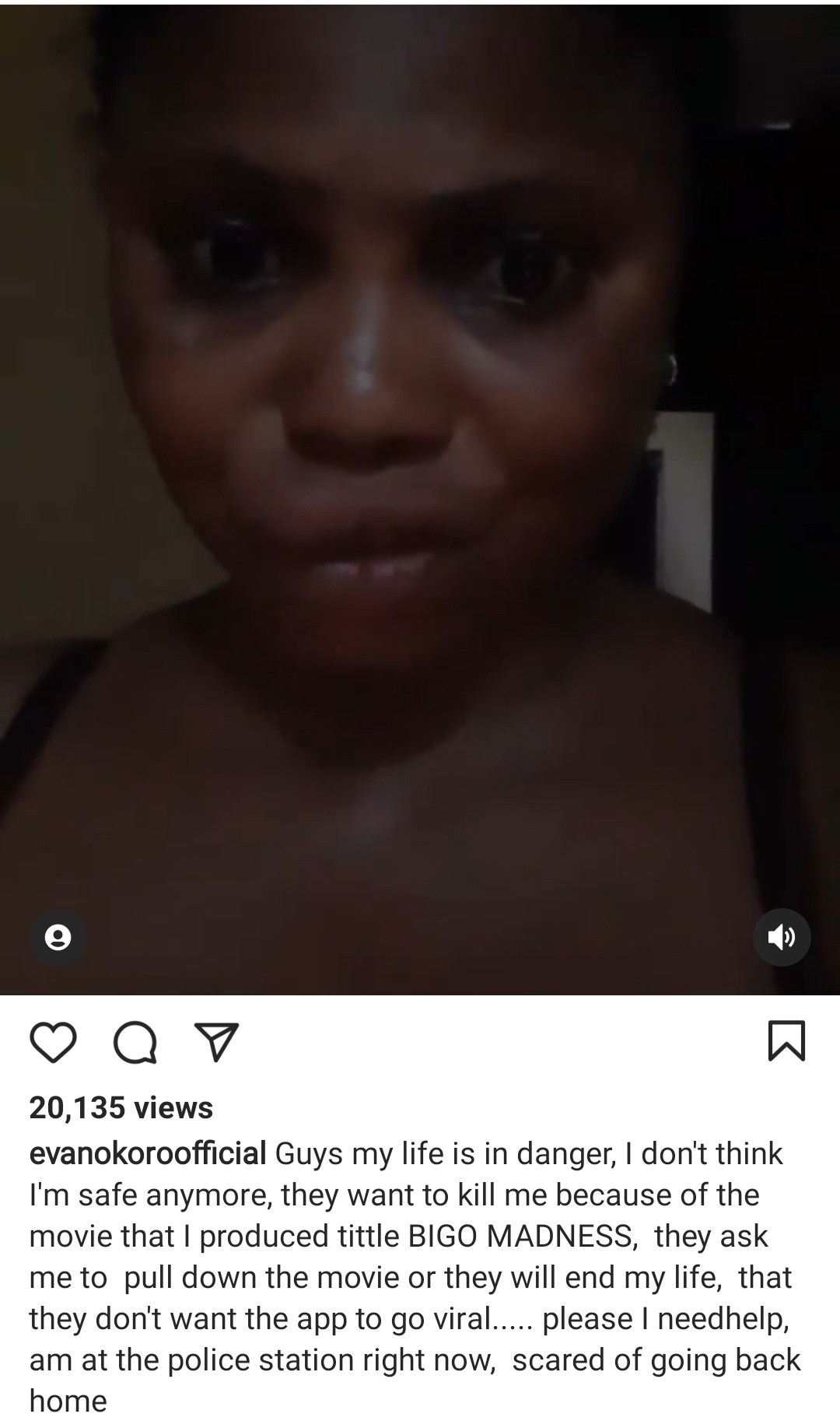 Calling on her Nollywood colleagues for help, she asked them to act now and not wait until she's dead to type "RIP". 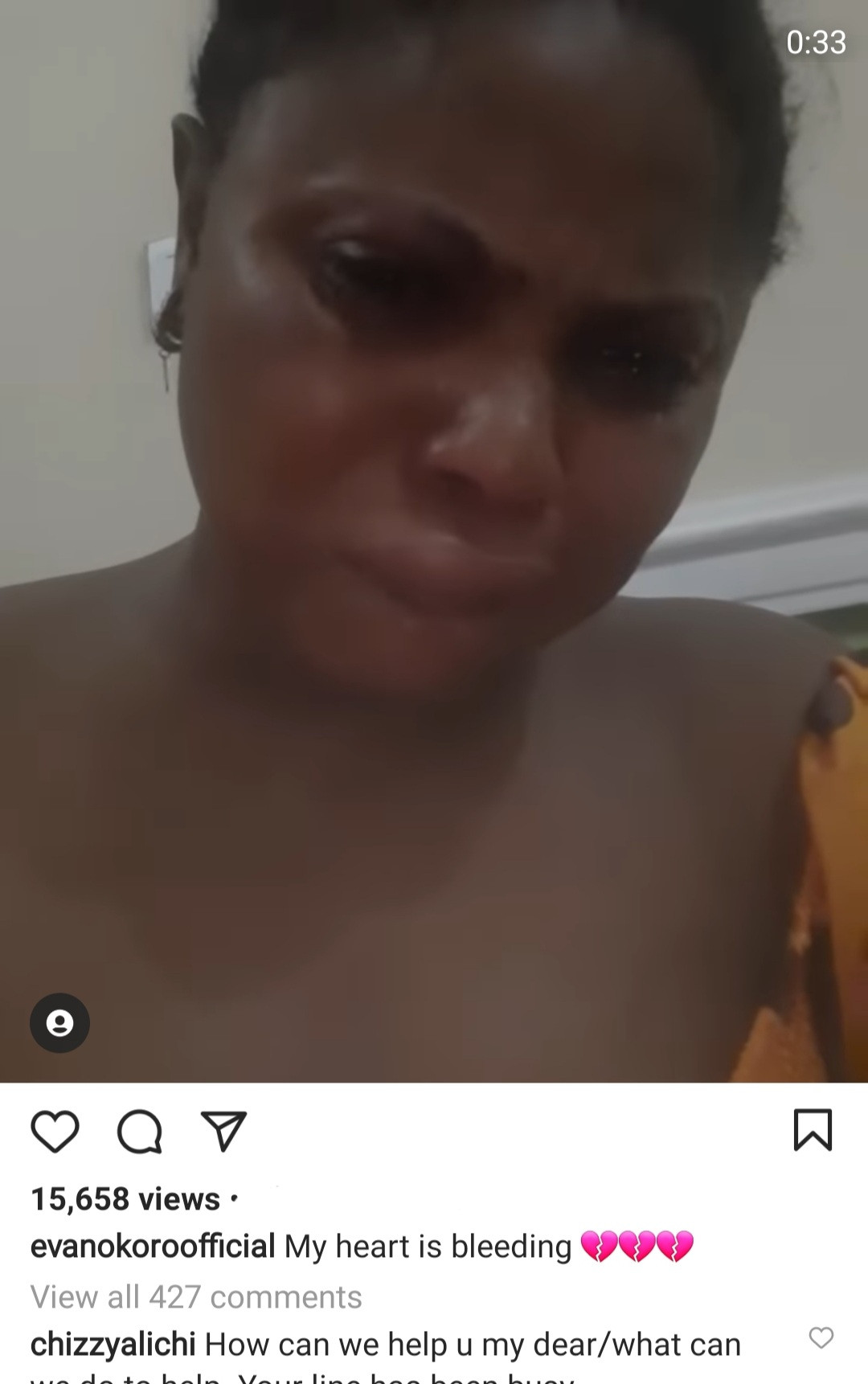 Some viewers reacted, telling her she was seeking publicity for her movie and asked why Nigerians will fight her for shooting a movie about an app owned by a Singaporean.  She released another video explaining why she's being attacked. She said some people had written a letter to the foreign owners of the app, claiming she was using their app name to shoot a pornographic film. She explained that to fight back the claim,  she uploaded the movie, showing there's no porn in it, and the people who filed the complaint are now attacking her and forcing her to delete the movie. She added that she can't delete the movie as advised because that's her only evidence in the public space to counter the report made against her. Watch her cry for help in the video below.        View this post on Instagram           A post shared by Lindaikejiblog (@lindaikejiblogofficial)The post “They want to kill me because of a movie I shot” Actress Evan Okoro cries out with battered face following attempt on her life appeared first on Linda Ikeji Blog.
Courtesy of spobam