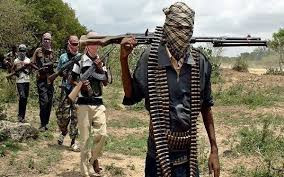 Six children aged between one and five have been killed in reprisal attacks carried out on some herder settlements in Kauru and Lere local government areas. A statement released by the State Commissioner for Internal Security and Home Affairs, Samuel Aruwan, said the reprisal attacks were carried out by aggrieved youths following the killing of seven persons on Thursday night in Gora Gan, Zangon Kataf local government. The security agencies reported that seven herders were killed in a counter killing in Ungwan Idi and Kasheku villages of Kauru local government while two herders were injured at Ningi village of Lere local government. Aruwan gave the names of the seven herders killed at Ungwan Idi and Kasheku villages in Kauru local government as follows Mustapha Haruna (One year), Ya'u Kada (One year), Sa'idu Abdullahi (One year), Zainab Zakari (One year), Sadiya Abdullahi (Five years), Aisha Abdullahi (One year) and one unidentified woman burnt beyond recognition He said five persons are still missing and that the troops are searching for them in the general area. He said six huts were burnt in the attack. According to Aruwan, Aisha Mohammed (20 years) and Sadiya Abdullahi (25 years) who were wounded in the Kauru LGA reprisal attack are receiving medical attention at Ungwan Idi Clinic. He said at Ningi village of Lere local government area, the two herders who were injured and rushed to General Hospital, Saminaka, in the same local government are Bingel Odi (31 years) and Isa Joda (Seven years). Furthermore, Aruwan said the state governor, Nasir El-Rufai, has condemned the renewed counter killings and has sent condolences to the families that lost their loved and wished those recuperating speedy recovery. ''He described the renewed killing and counter killing of innocent citizens of Atyap and Fulani ethnicity as unfortunate. He decried the resort to violence, noting that it is not a solution to grievances and disputes, but a tragic way to escalate matters and drag people into more pains and misery. The governor directed the State Emergency Management Agency (SEMA) to provide relief materials to the affected families with immediate effect.''the statement read The post Six children killed in reprisal attacks in Kaduna state appeared first on Linda Ikeji Blog.
Courtesy of spobam