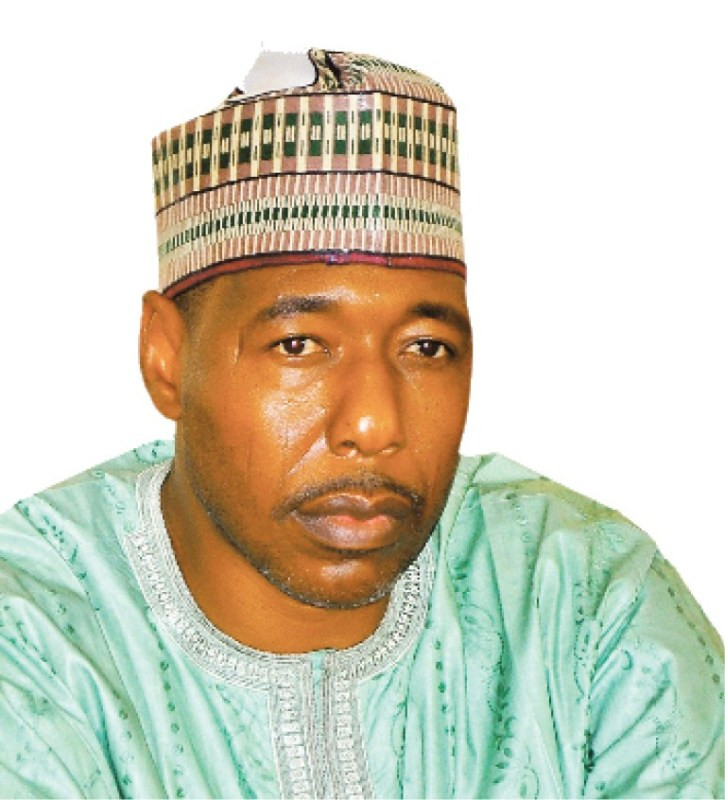 Governor Babagana Zulum who paid an unscheduled visit to 6 local governments in Borno state, has disclosed that some of the secretariats were empty as some senior officials were absent from work.  The Borno state Governor had visited Chibok, Bama, Gwoza, Damboa, Konduga and Askira-Uba LGAs before returning to Maiduguri, the state capital on Thursday May 21.  A statement released by from the governor’s office, revealed that some of the secretariats in southern and central Borno were empty.  The statement read;  “Even before COVID-19 outbreak, senior officials at local government areas in Borno are notorious for abandoning their local government to operate in Maiduguri only to return there for few days when FAAC allocations are received, or when they know the Governor is heading there. “None of the heads of department is around, neither the Secretary nor the other principal officers are reporting to duty. Look at the Secretariat, termites all over, an indication that nobody is operating in the Secretariat. Government cannot allow this situation to continue.“We came from Maiduguri to determine the presence of senior public servants at their places of work. We have been pleading with them for quite sometime, to be operating from these local government areas so that citizens will feel the impact of governance at the grassroots but from all indication, many are not listening."The government will take measures against the defaulting officials because we cannot allow this system to continue”.The post Senior LG officials absent from work as Governor Zulum visits local governments appeared first on Linda Ikeji Blog.
Courtesy of spobam