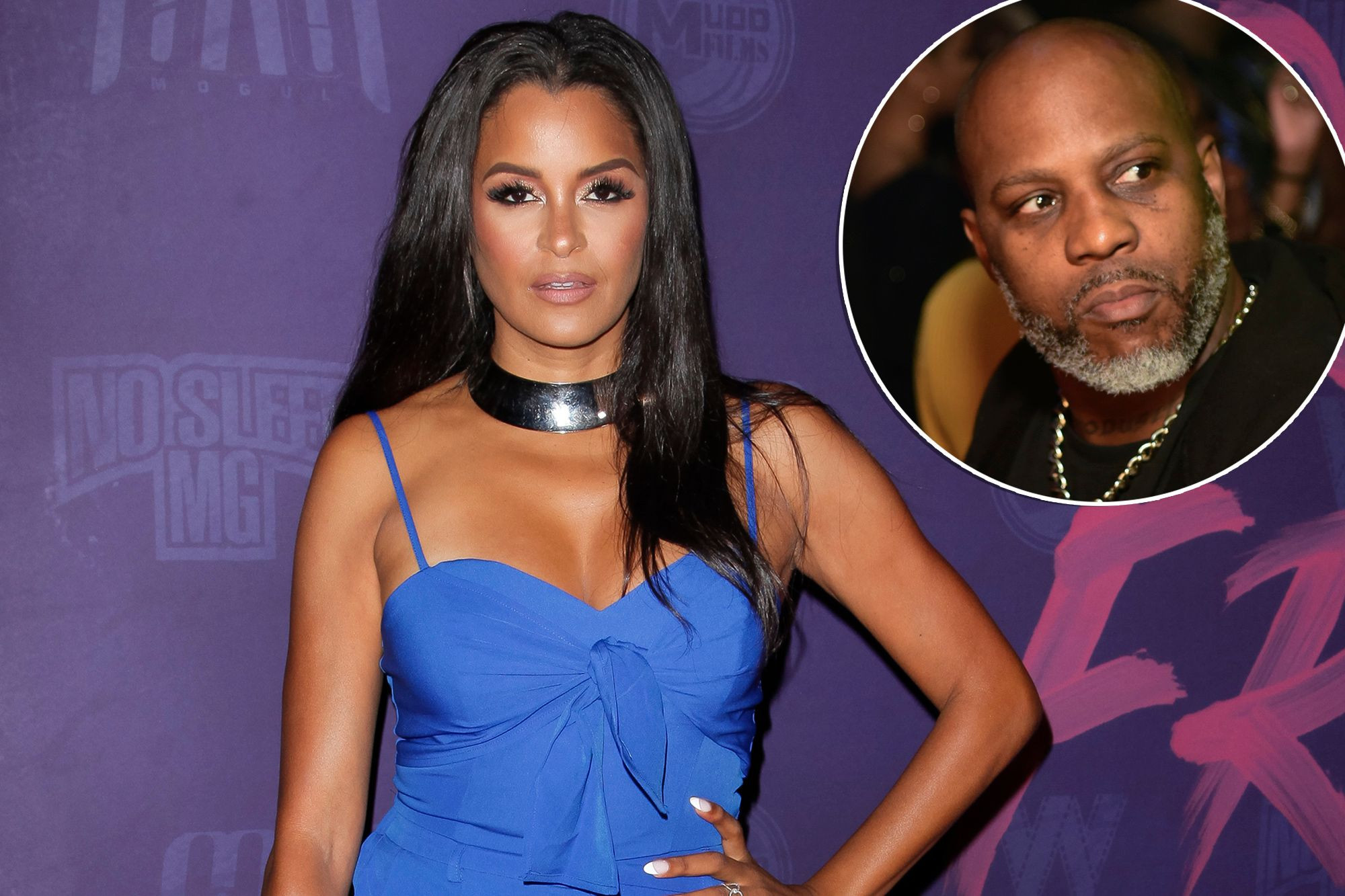 Real Housewives Of Atlanta alum Claudia Jordan apologized for mistakenly tweeting that rapper DMX had died. The 50-year-old New York rapper reportedly suffered a drug overdose that triggered a heart attack last week and is in the ICU at White Plains Hospital in New York. He is also battling COVID-19.  On Tuesday, April 6, Claudia, 47, wrote on her page: 'Rest in Paradise DMX,' only to later discover that the rapper is still alive. She then deleted her original tweet and then post: 'I'm sorry.' 'It's possible that she thought that the media had announced that DMX passed away,' wrote a Twitter user in the replies to her apology. 'I did,' confirmed Claudia who starred on just one season of The Real Housewives Of Atlanta. 'I deleted it. And apologized. I feel awful.' She continued: 'But they're right. Not my place. I just want to pray for the whole family & all his supporters that are in pain.' 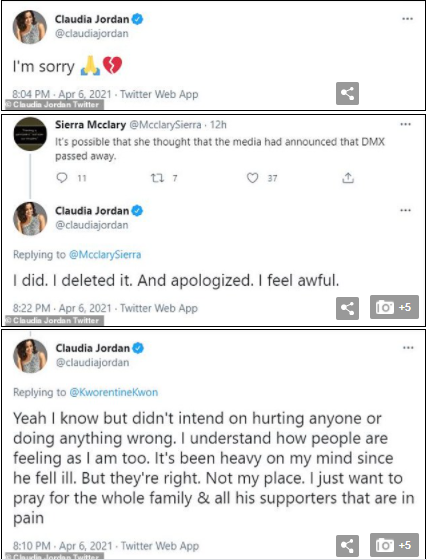