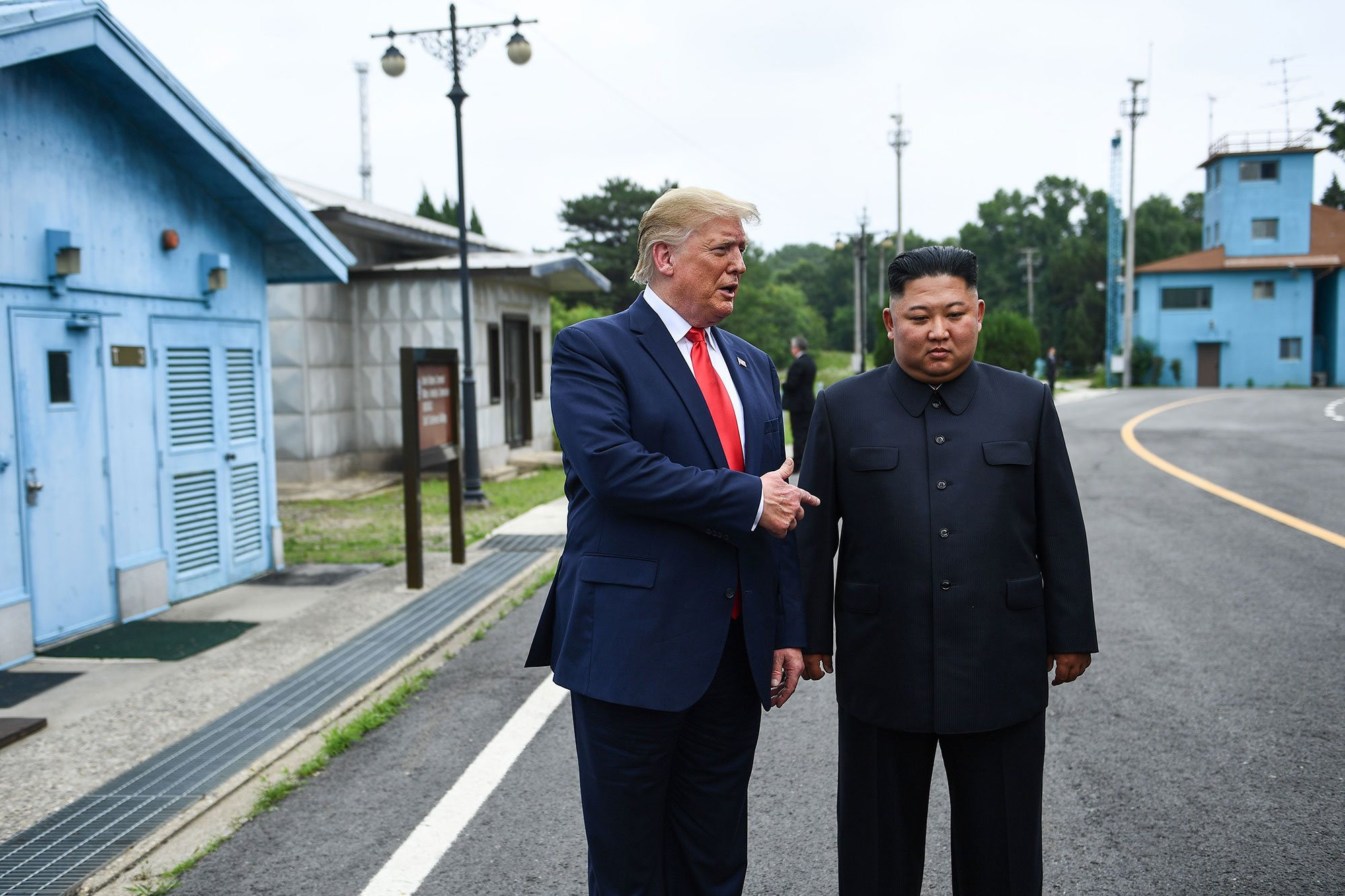 American Journalist, Bob Woodward’s latest Donald Trump book, which is trending after excerpts detailed Trump's candid thoughts about the true threat of the COVID-19 pandemic, has now revealed that the US president shared about 27 letters between himself and North Korean dictator Kim Jong Un. Trump, 74, is a 'friend' of the 36 year old authoritarian leader and has previously revealed that he and Kim have shared 'love letters' before. According to CNN, Woodward, saw some of the letters while working on his book Rage, set for release next week, and he recorded transcripts into his audio recorder. The Trump-Kim letters, two of which Trump has already tweeted, one from him and one from Kim — further detail what the North Korean leader reportedly described as “a special friendship” that has grown since they surprisingly held a historic face-to-face meeting in Singapore in June 2018, the first of it's kind between a US and North Korean leader. 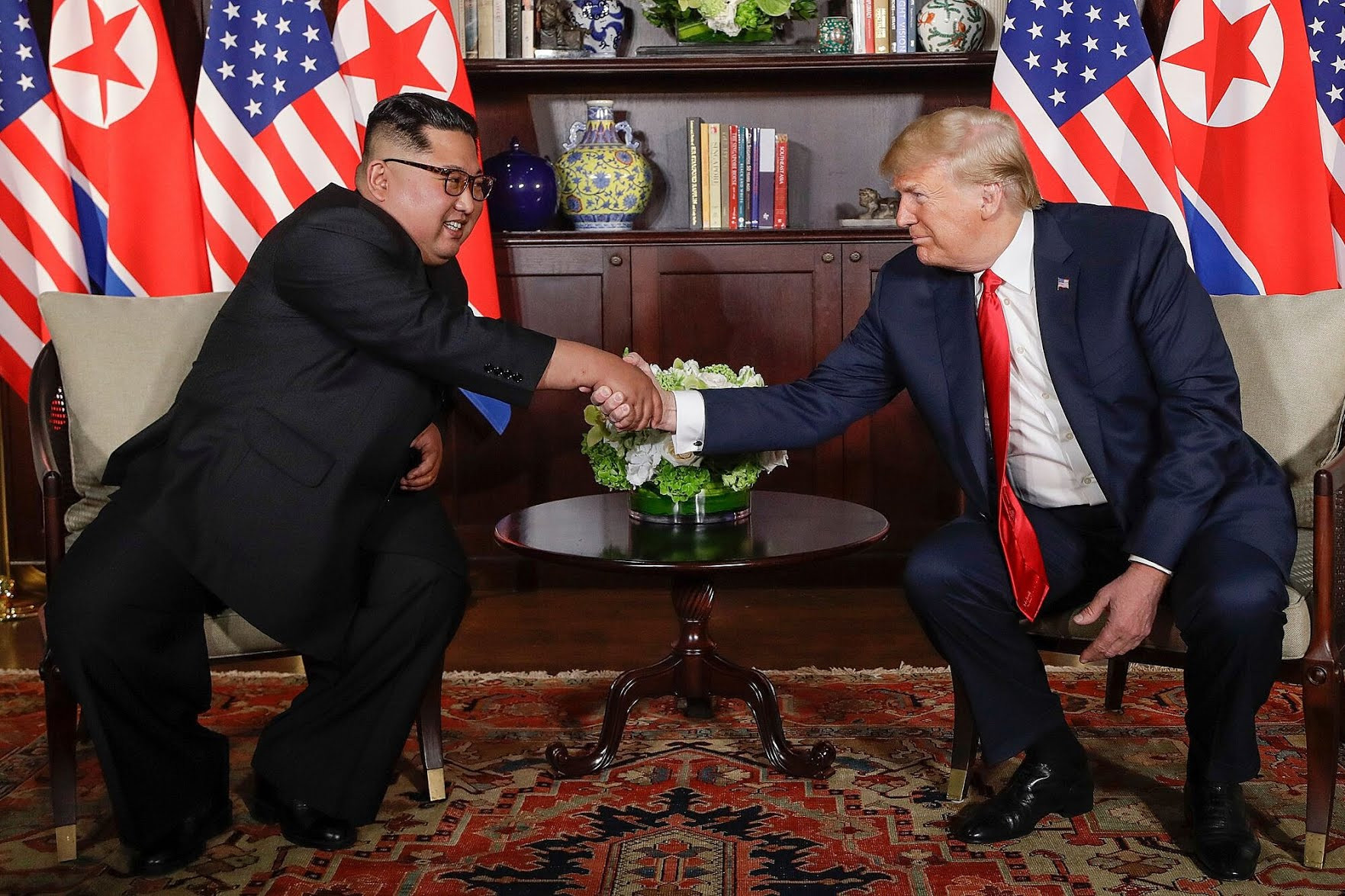 They now met a second time on Feb. 28, 2019, in Vietnam, and a third time inside the Korean Demilitarized Zone between North Korea and South Korea on June 30 later that year. At their third meeting, Trump became the first sitting U.S. president to step foot into North Korea when he took 20 steps into the country. In some of the letters Kim referred to Trump as "Your Excellency." and the letters give an insight into the weird unorthodox relationship both leaders shared. According to CNN, who obtained audio excerpts of the letters from Woodward, Kim wrote a letter to Trump reminiscing about their Singapore meeting on Christmas night in 2018 . Kim wrote: "Even now I cannot forget that moment of history when I firmly held Your Excellency's hand at the beautiful and sacred location as the whole world watched with great interest and hope to relive the honor of that day.""As we enter the new year the whole world will certainly once again come to see, not so far in the future, another historic meeting between myself and Your Excellency reminiscent of a scene from a fantasy film," Kim continued. Trump then replied three days later, in a more standard response: "Like you, I have no doubt that a great result will be accomplished between our two countries, and that the only two leaders who can do it are you and me." In another letter from Trump to Kim in May 2018, before the Singapore summit, the president wrote:"I felt a wonderful dialogue was building up between you and me" but he nonetheless cautioned Kim against "open hostility." In June 2019,  Trump wrote another letter to Kim saying they "have a unique style and a special friendship" and that only their partnership "can resolve the issues between our two counties and end nearly 70 years of hostility, bringing an era of prosperity to the Korean Peninsula that will exceed all our greatest expectations.""You will be the one to lead," Trump wrote. "It will be historic!" In June 10, 2019, Kim responded that he believes the two leaders have a “deep and special friendship between us that will work as a magical force,”  Kim also wished Trump a happy 73rd birthday. Remember as early as 2017, while speaking with reporters at his Bedminster, New Jersey, golf club, Trump threatened Kim, saying, “North Korea best not make any more threats to the United States” or else “they will be met with fire and fury like the world has never seen. He also repeatedly referred to Kim as “Little Rocket Man”  The post Read some of the ‘Love Letters’ Donald Trump traded with North Korean dictator Kim Jong Un appeared first on Linda Ikeji Blog.
Courtesy of spobam