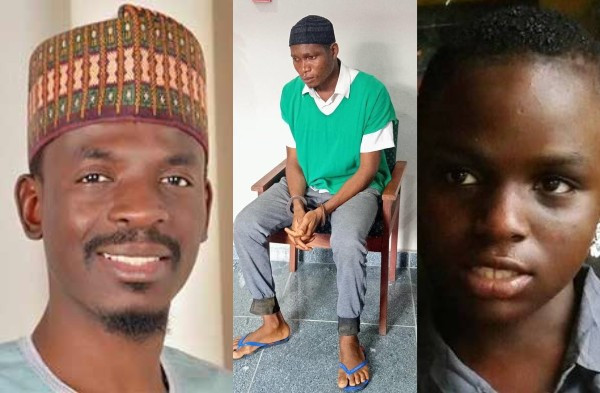 Presidential Aide, Bashir Ahmed has reacted to the social media storm he ignited after promising to influence the 26 year jail sentence Yunusa Dahiru (Yellow) was handed by a Federal High Court in Yenagoa, after being found guilty of child trafficking and sexually exploiting an underage girl, Ese Oruru.  Dahiru abducted Oruru from her family house at Opolo area of Yenagoa on August 12, 2015 and took her to his home state, Kano, where he forcefully converted her to Islam.  The minor, who was 13-years-old at the time of the incident, was raped, resulting in pregnancy. She was eventually rescued by the police in February 2016 and brought back to Yenagoa in early March, where she gave birth to a baby girl in May of the same year. Bashir Ahmad commented on the trial after being asked to intervene by a Twitter user, Hammad Yusuf Saleh who claimed the conviction was manipulated.  His tweet read;   "Please Bashir, do something about Yunusa Yellow for Allah's sake, he is wrongly accused and sentenced, the whole matter is manipulated, we need to appeal for him." Reacting to tweet, the Presidential aide who admitted that he has no power to influence the court judgement, promised to contact those who can.  Bashir Ahmad tweeted in response;  "I do not have the power to do anything against the judgment of the court, but I will try to contact those whom I think are capable." 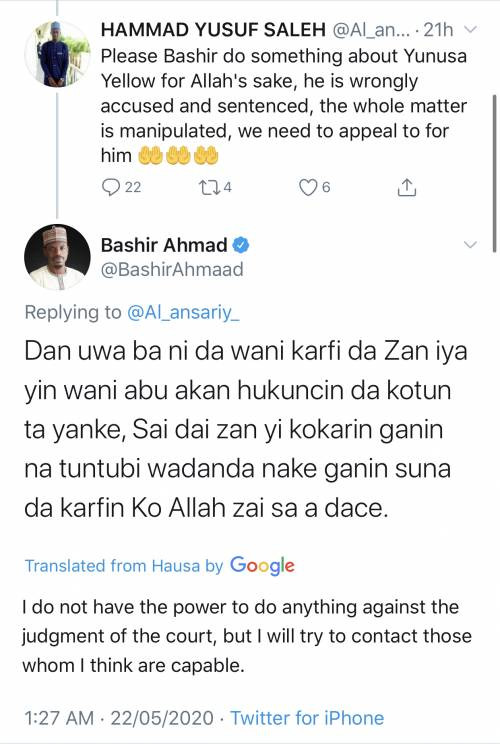