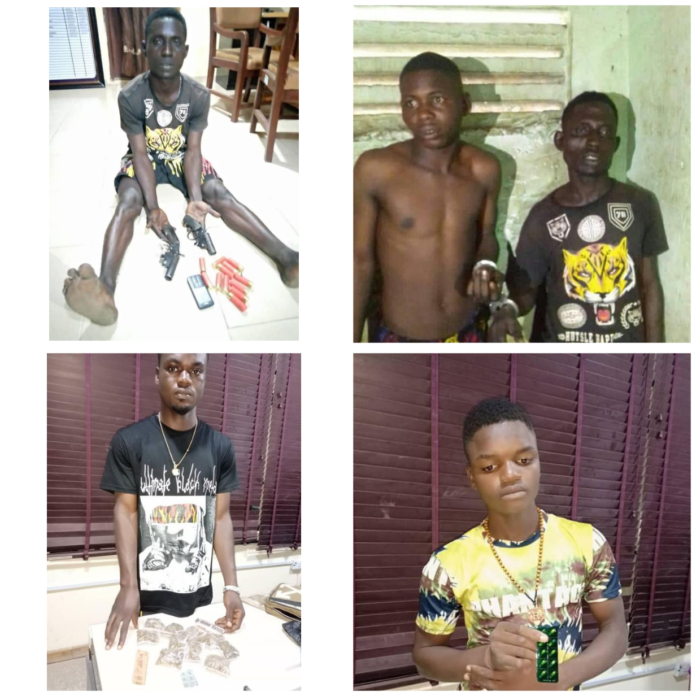 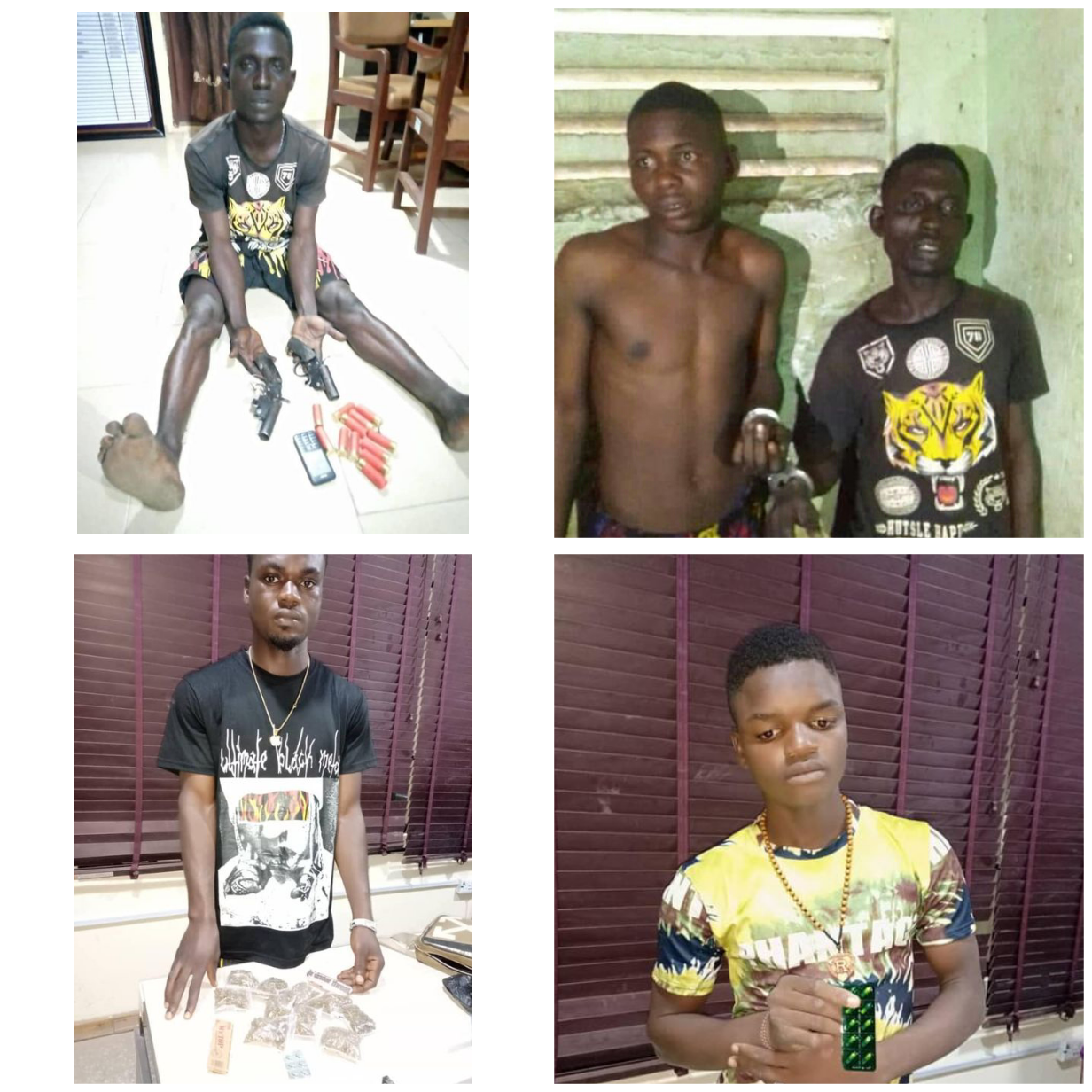 Operatives of the Delta State Police Command have killed three suspected armed robbers during a gun duel and arrested other crime suspects including four illicit drug dealers and a cultist.  Spokesperson of the command, DSP Bright Edafe, who disclosed this in a statement on Saturday, July 24, said operatives also recovered one stolen Toyota RAV 4 Jeep.  Edafe said that on July 22, a combined team of police and vigilante acting on credible information received that a gang of four armed robbers were operating around Eku. The team stormed the area and the dare devil robbers engaged the them in a gun duel. Three of the armed robbers sustained serious gun shot injuries. They were rushed to the hospital where they later gave up the ghost while receiving treatment. Exhibit recovered from them include one cut to size single barrel gun, five live cartridges, eleven android phones and one laptop. Three of their victims (names withheld) later came to the station and identified the recovered phones and laptop as theirs. Manhunt for the fleeing member of the gang is ongoing. "Similarly, on 23/7/2021 at about 2130hrs , DPO Sapele division received a distressed call from one Mr (name withheld) resident at Ugbeyiyi area of Sapele that one of the police personnel attached to him noticed a strange movement around the fence of his house, the DPO CSP Harrison Nwabuisi led a team of crack squad attached to the division and stormed the area almost immediately," the statement read.  "The suspect who wrapped an object in a caftan gown on sighting the police took to his hills. He was chased that night into a nearby bush, he dropped the wrapped object he was carrying and escaped. When the wrapped object was uncovered, one Ak 49 rifle with one live ammunition was recovered. The rifle was without magazine but had already been corked as the ammunition was in the chamber. The rifle with breach number 06957 was recovered. The PPRO said that "on the 20/7/2021 at about 2200hrs, Dragon patrol teams 27 and 28 while on stop and search duty at Oleh roundabout along Ozoro Ughelli express way intercepted one tricycle blue in colour with Reg. No. URM 826 QR," "The driver refused to stop hence the patrol teams went after them. Fortunately one of the occupant of the tricycle by name Efe Felix ‘m’ 29yrs of Efe No. 9 Efe street Ozoro was arrested while the other two suspects fled into the bush. Upon search two (2) locally made cut to size guns with twelve (12) live cartridges concealed in a bag was recovered from the battery compartment of the tricycle. "On 21/7/21 at about 0600hrs, while one of the escaped suspect was trying to look for a way to get out of town on a motorcycle, luck ran out of him as he was again intercepted by Dragon 27 and 28 the suspect Ibrahim Salihu ‘m’ 28yrs of opposite Mercy Land Warri was arrested, and he confessed to be part of the gang that was earlier intercepted. Investigation is ongoing. In another development, on July 21, ‘B’ Division Ughelli Patrol team while on stop and search duty opposite Ibru Clinic Agbarha-Otor Intercepted a Qlink motorcycle with reg no. AUC462 SF ridden by one Udi Alex,45, of Winners street Agbarha-Otor with two male occupants. The two passengers sensing danger immediately jumped down from the motorcycle and escaped into the bush abandoning a bag. When the bag was searched, a locally made cut to size gun with ten live cartridges, twelve expended cartridges, one Oppo Android phone and three ATM cards were recovered from the bag. The rider who claimed not to know the fleeing suspects was arrested and undergoing interrogation while manhunt for the two fleeing suspects is ongoing.  "On the 21/7/2021 at about 2030hrs, acting on credible intelligence Operation Delta Hawk teams raided a notorious black spot/cultist rendezvous at back of General Hospital GRA Asaba. During the raid, four (4) male suspects were arrested in possession of various quantity of hard drugs. "The suspects are Idris Mohammed ‘m’ 31yrs, Suleman Isa ‘m’ 22yrs, Saidu Isah ‘m’ 20yrs, Habibu Kebbi ‘m’ 22yrs. Exhibits recovered from them includes, twenty-five (25) wraps of dried leave suspected to be Indian hemp, Eleven (11) sachets of SK, eleven (11) roll bond, fifty-seven (57) capsules of tramadol, sixty-two (62) tablets of swinol and twenty-eight (28) wraps of substance suspected to be cocaine. Investigation is ongoing. "On 23/7/21 at about 0400hrs The DPO Ebrumede Division SP Bolarinwa Alabi while on stop and search duty with crack team attached to the Division at one of the black spot close to DSC roundabout Warri, they flagged down a vehicle for check but the driver refused to stop and zoomed off instead, the DPO quickly led crack team and went after the said vehicle, the occupants of the vehicle realizing that the police was not relenting, abandoned the vehicle a Toyota RAV4 Jeep with a Lagos registration number EPE 949 FF and fled. "The vehicle when searched, a well constructed master key was recovered. Investigation later revealed that the said vehicle was removed from where park in the early hours of same date. Manhunt for the fleeing suspect is ongoing." 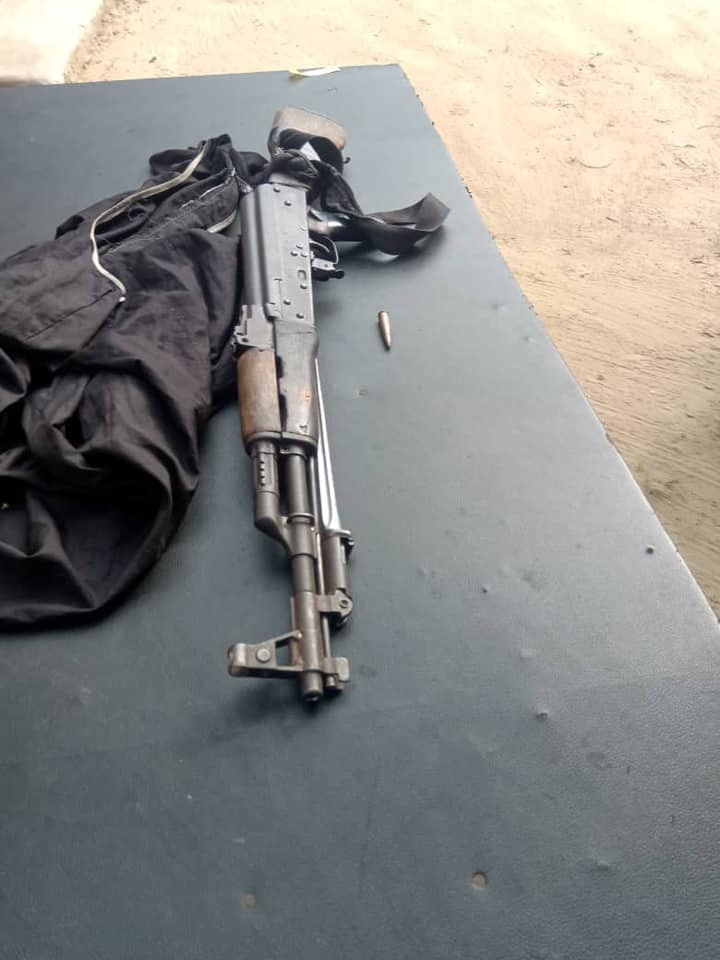 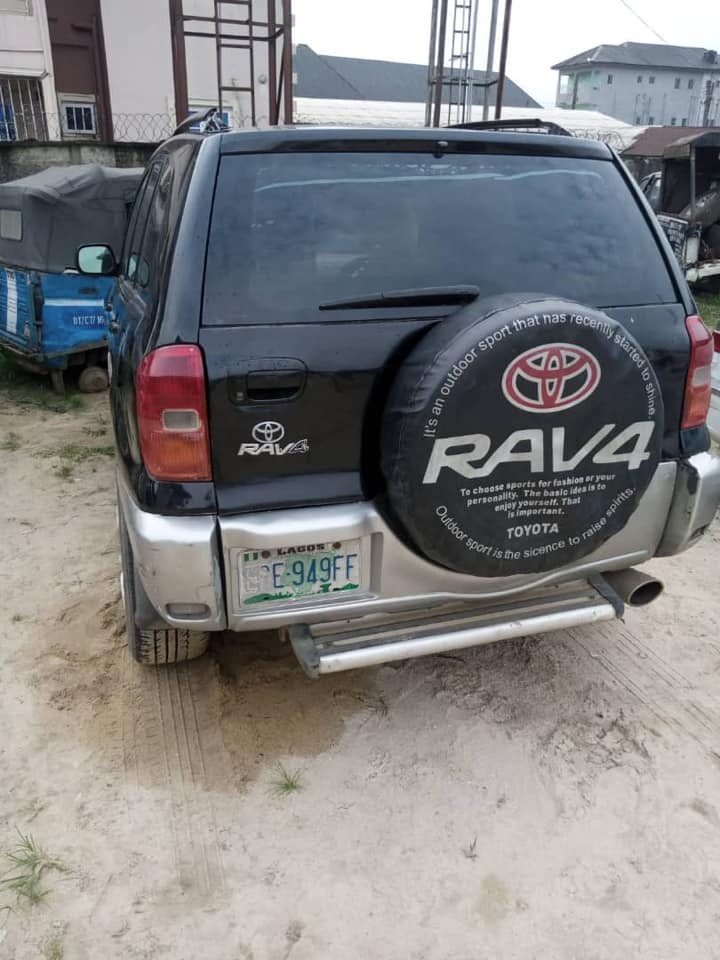 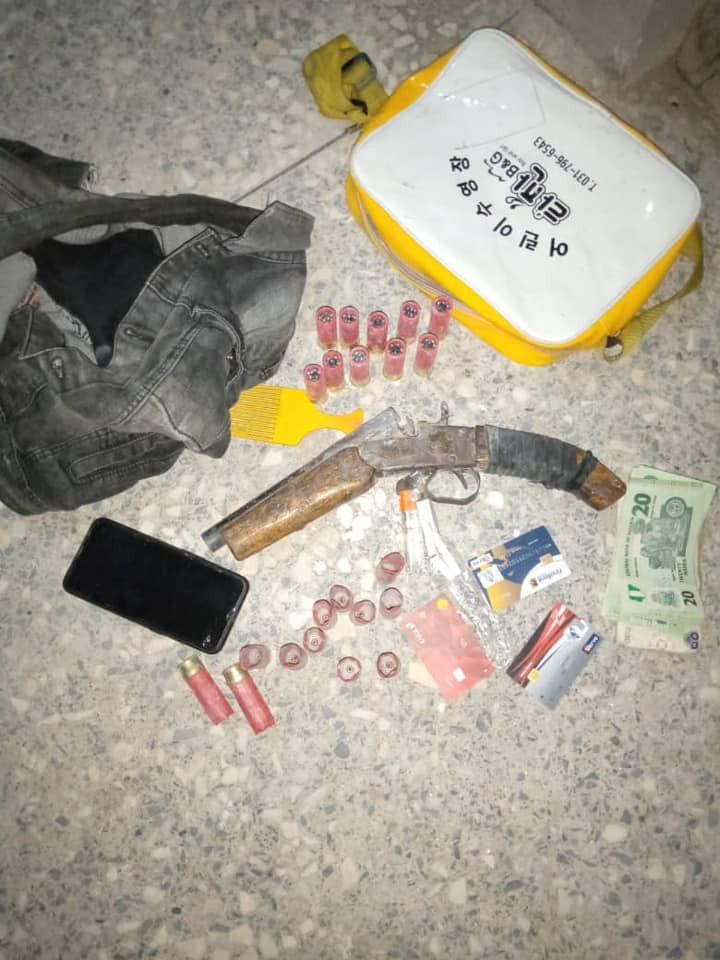 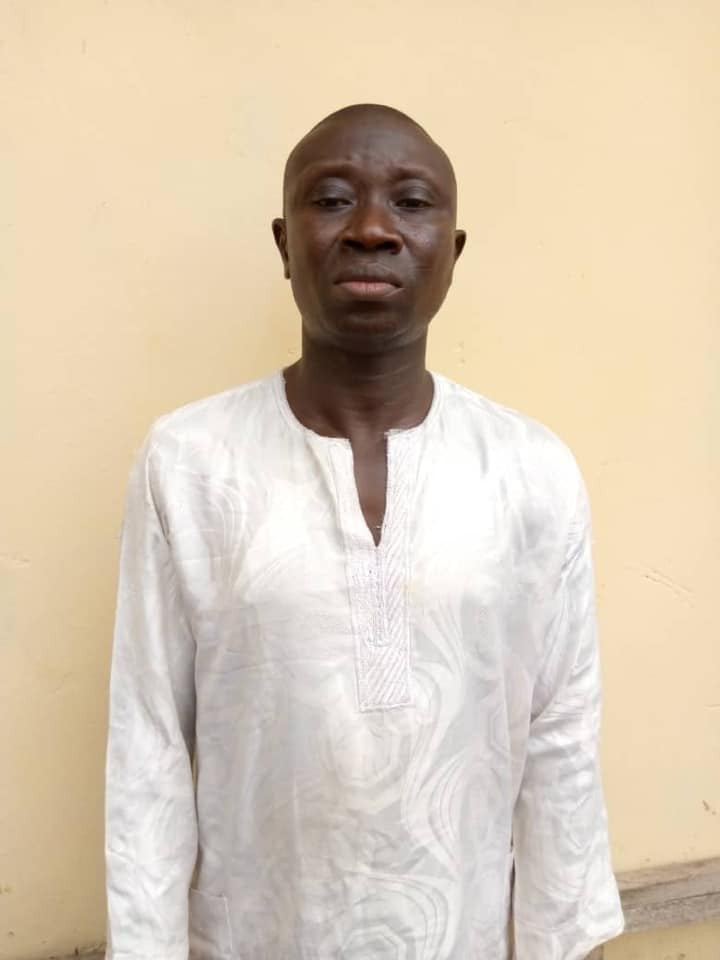 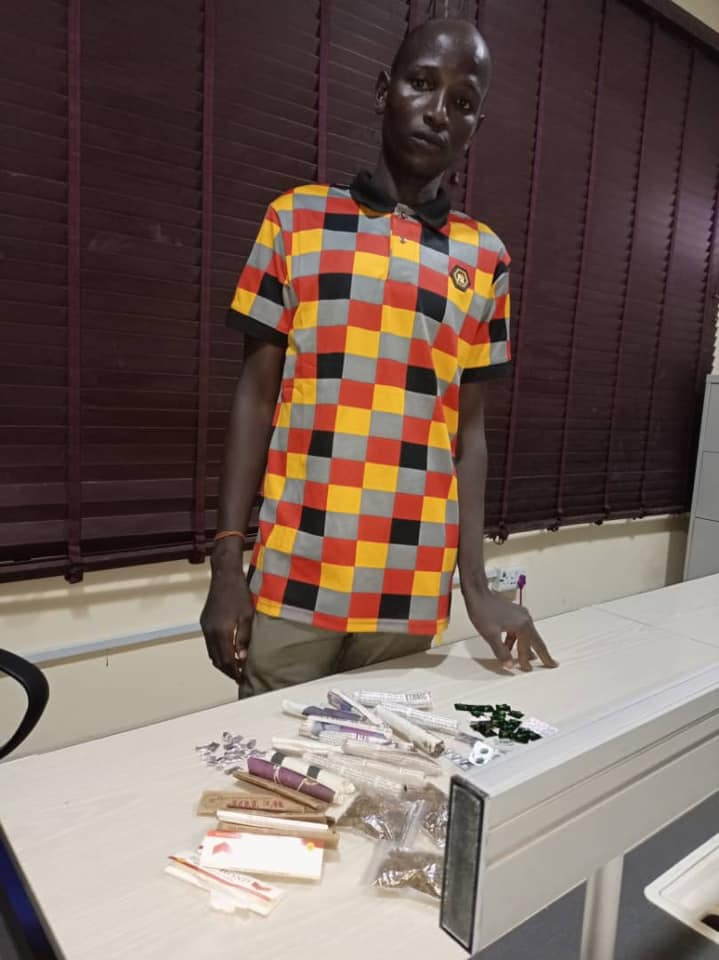 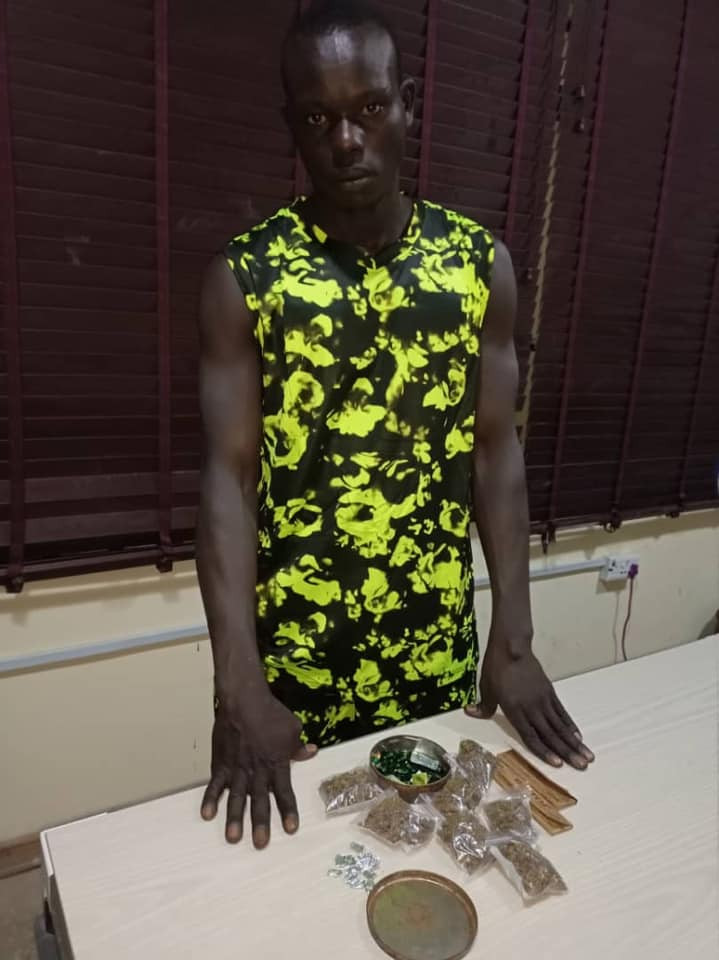 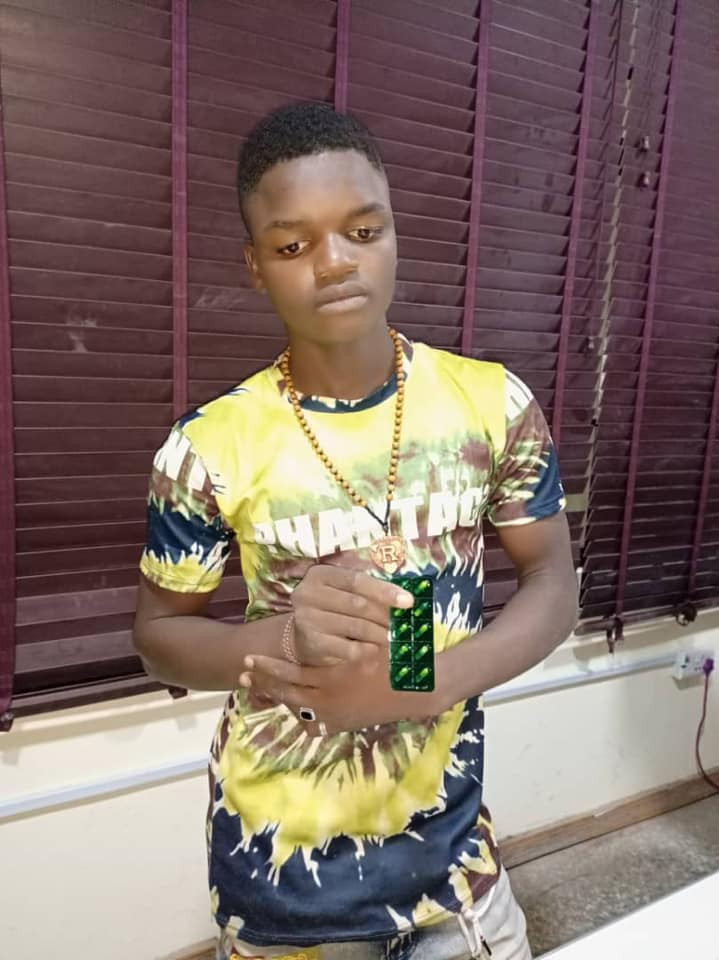 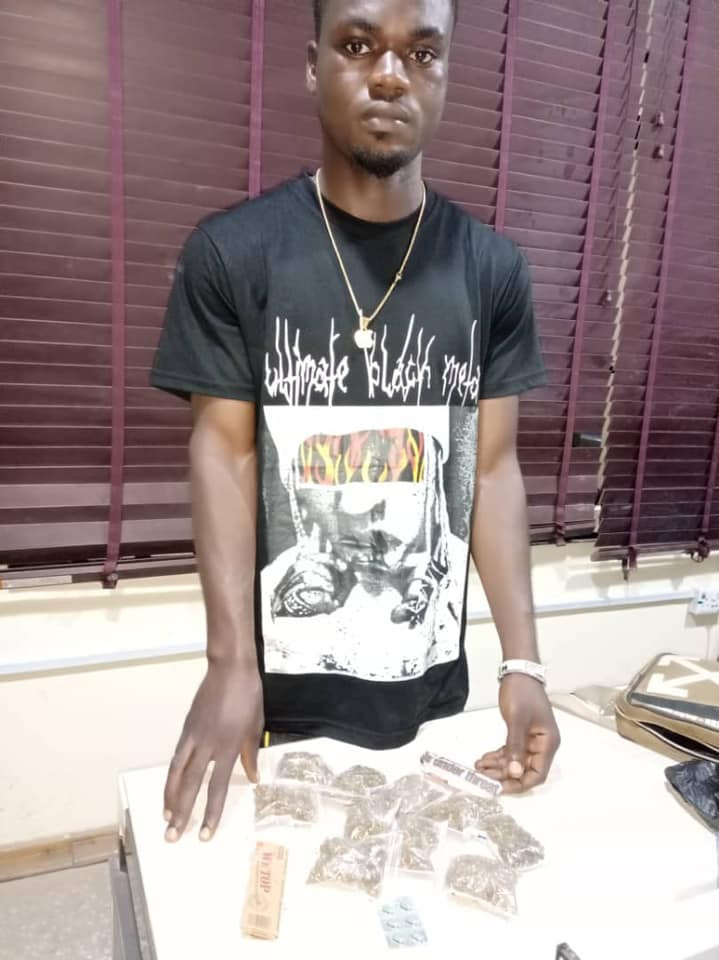 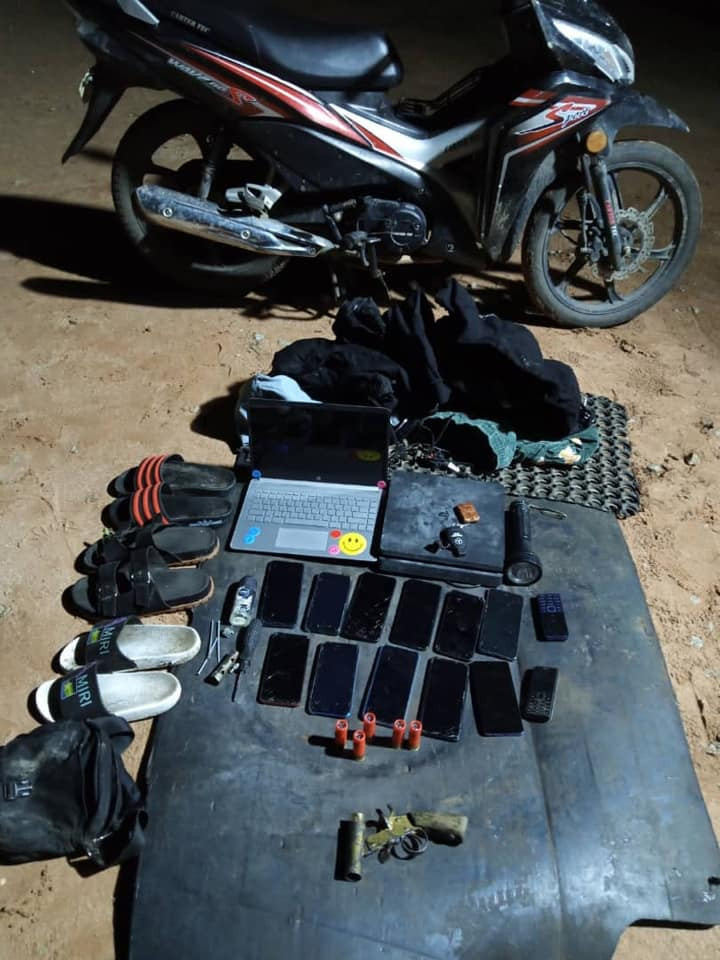 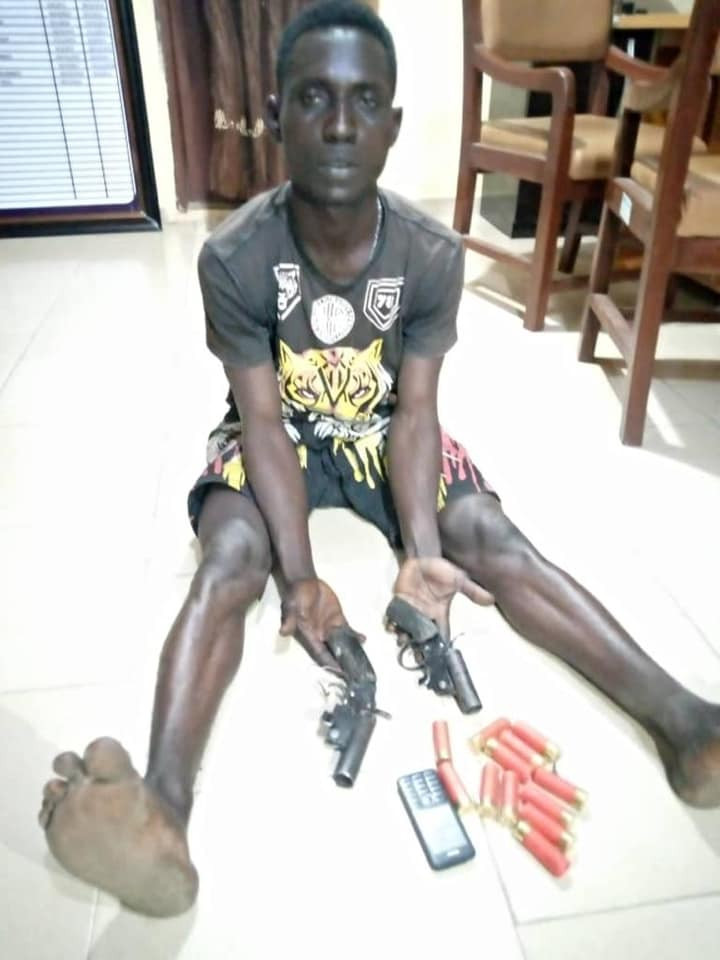 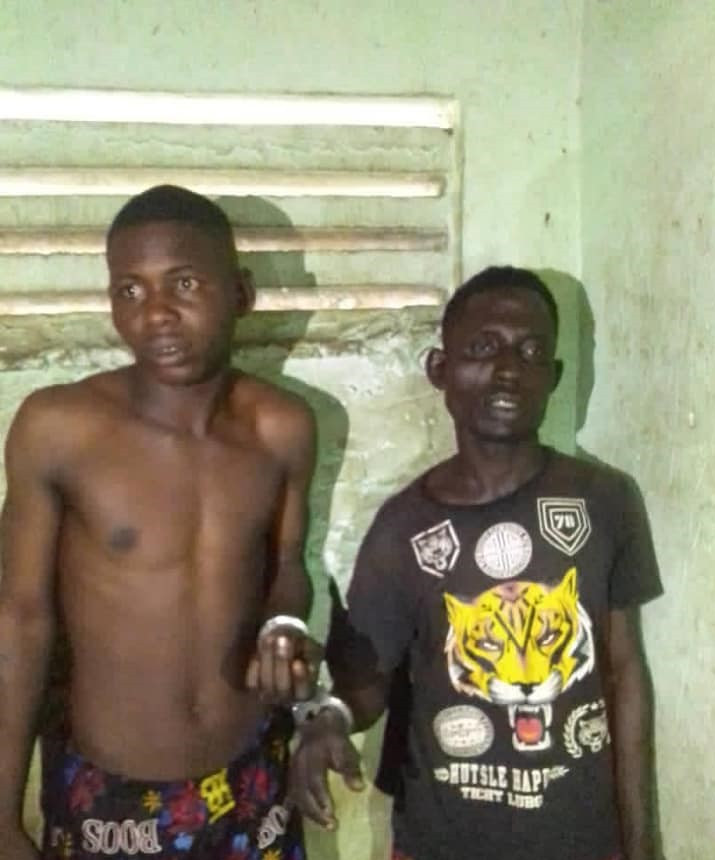