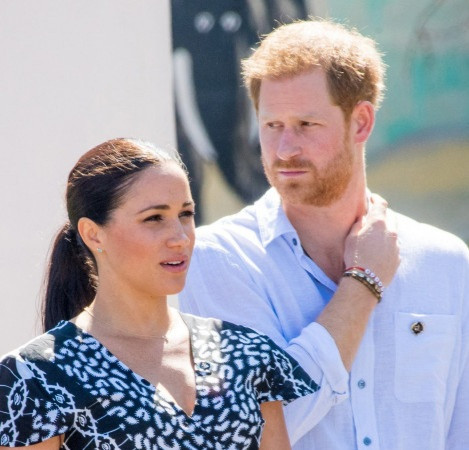 Police have been called to Prince Harry and Meghan Markle's California home 9 times since they moved in there. In July 2020, the Duke and Duchess of Sussex moved to their £11 million home in Montecito on the same estate as a number of celebrities. Since then, the Santa Barbara County Sheriff’s Office confirmed it has responded to multiple calls from the couple's property. The calls are listed as phone requests, alarm activations and property crimes. The data was obtained under Freedom of Information requests by the PA news agency after the couple shared fears over security in their bombshell interview with Oprah Winfrey. Police officers were called four times in July last year, just after the family moved there. One call is listed as a phone request, while the others are labelled "alarm activations" and all occurred in the early hours of the morning. One call made in August 2020 from the Sussex' property is listed as "misc priority incident". There was another alarm activation call in November. Officers were also called to the property at 4.13pm on Christmas Eve, after a man was alleged to have trespassed. Police then returned to the mansion on Boxing Day at 2.54pm for a call listed under "property crimes". Nickolas Brooks, 37, was arrested on a misdemeanour trespassing charge and later released, the office said. The most recent call was at 2.21am on February 16 this year, and is listed as an alarm activation. Representatives for Harry and Meghan declined to comment, and a spokesperson for the Santa Barbara County Sheriff’s Office declined to provide further details about the calls, Metro UK reports. The couple spoke about their security arrangements in their interview with Oprah in March. Meghan, who is now pregnant with a daughter, said she sent letters pleading with Harry’s family not to take away his personal protection officers as he was facing death threats. Prince Harry said he never thought he would have his UK taxpayer-funded security removed upon deciding to step back from royal duties. He said: "Their justification is a change in status, of which I pushed back and said, 'Well is there a change of threat or risk?' "And after many weeks of waiting, eventually, I got the confirmation that, no, the risk and threat hasn’t changed, but [it was] due to our change of status, which we would no longer be official working members of the Royal Family. "I was born into this position. I inherited the risk. So that was a shock to me." It has been estimated that the couple’s security costs $5.5 million a year.The post Police called to Prince Harry and Meghan Markle’s home 9 times appeared first on Linda Ikeji Blog.
Courtesy of spobam