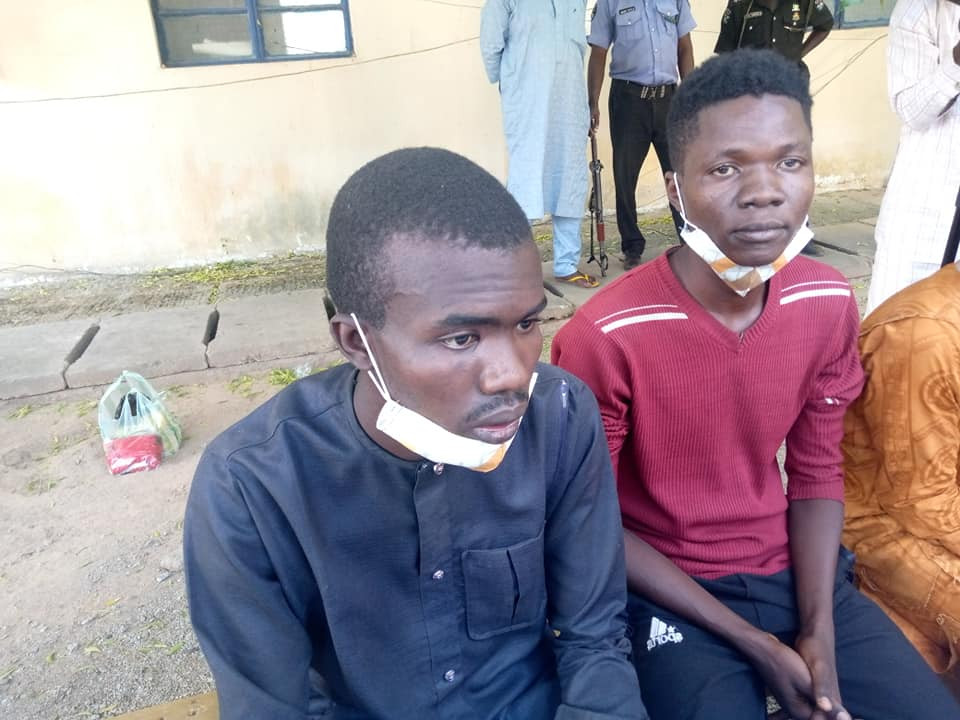 The Katsina State Police Command has smashed a notorious syndicate of robbers that specialized in killing Okada riders and snatching their motorcycles. Spokesperson of the command, DSP Isah Gambo, who paraded the suspects alongside others, gave their names as Surajo Lawai of Kofar Guga Quarters, Hamisu Samaila alias ‘ABU KWALWA’, 20, and Habila Abubakar alias ‘EBELE’, 25, all of Sabon Gida Quarters, Katsina. He said nemesis caught up with the suspects when they were arrested on November 16, at about 8pm in connection with a case of shop breaking and theft. "In the course of investigation, the suspects confessed that on 14/11/2020 at about 23:00hrs, they conspired and attacked a motorcyclist, one Yusuf Isiya, ‘M’, of Farin Yaro Quarters, Katsina, along Ring Road, Katsina by Bugaje exit with dangerous weapons, killed the rider and made away with his Hero motorcycle, valued one hundred and fifty thousand (N150,000:00K)" said Gambo. "Furthermore, the suspects confessed that one Anas Gagare, ‘M’, aged 25yrs and Danfakal, ‘M’, aged 26yrs of Jibia, their cohorts (now at large) have disposed the said motorcycle at Maradi, Niger Republic. Investigation is ongoing." he added. The post Police bust notorious armed robbery gang that specializes in killing Okada riders and snatching their motorcycles in Katsina appeared first on Linda Ikeji Blog.
Courtesy of spobam