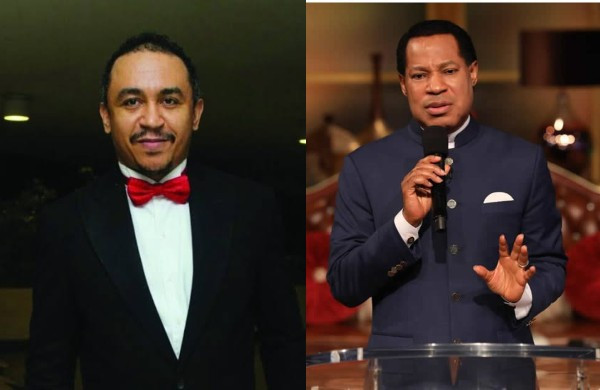 Daddy Freeze has taken a dig at the founder of Loveworld Ministries a.k.a Christ Embassy, Pastor Chris Oyakhilome over his recent comment of the federal government having a secret plan for 5G.  Recall that Pastor Chris had alleged that the Federal government placed a lockdown in Lagos and Abuja to install the controversial 5G network. He said this while preaching in his church on Sunday April 5. He opined that what has killed so many people in Wuhan, China is not Coronavirus as has been reported but rather it is the 5G network installed there. He challenged anyone with a different opinion to come forward. Daddy Freeze who reacted to Pastor Chris' comment, stated that it is rooted deeply in illusory correlation, attitude polarization and belief perseverance. He added that Christ Embassy founder's recent teachings is dangerous.  He said;  “I am disappointed in Chris Oyakhilome. How can the Federal Government has secret 5G plan? What on earth is this? How can he get away with saying such things? The deaths in Wuhan were caused by 5G not Corona virus? Like WTF?“According to him, the federal government needed to lockdown Lagos and Abuja to install 5G? Really? Like the government needs anyone’s approval to install anything.“As far as I’m concerned, this is rooted deeply in illusory correlation, attitude polarization and belief perseverance, making teachings like these dangerous.“How I wish I can ‘unhear’ this, I can’t believe I just wasted a part of the few daylight hours at my disposal listening to such."The post Pastor Chris is a disappointment Daddy Freeze slams Christ Embassy founder for saying FG needed to lockdown Lagos and Abuja to install 5G appeared first on Linda Ikeji Blog.