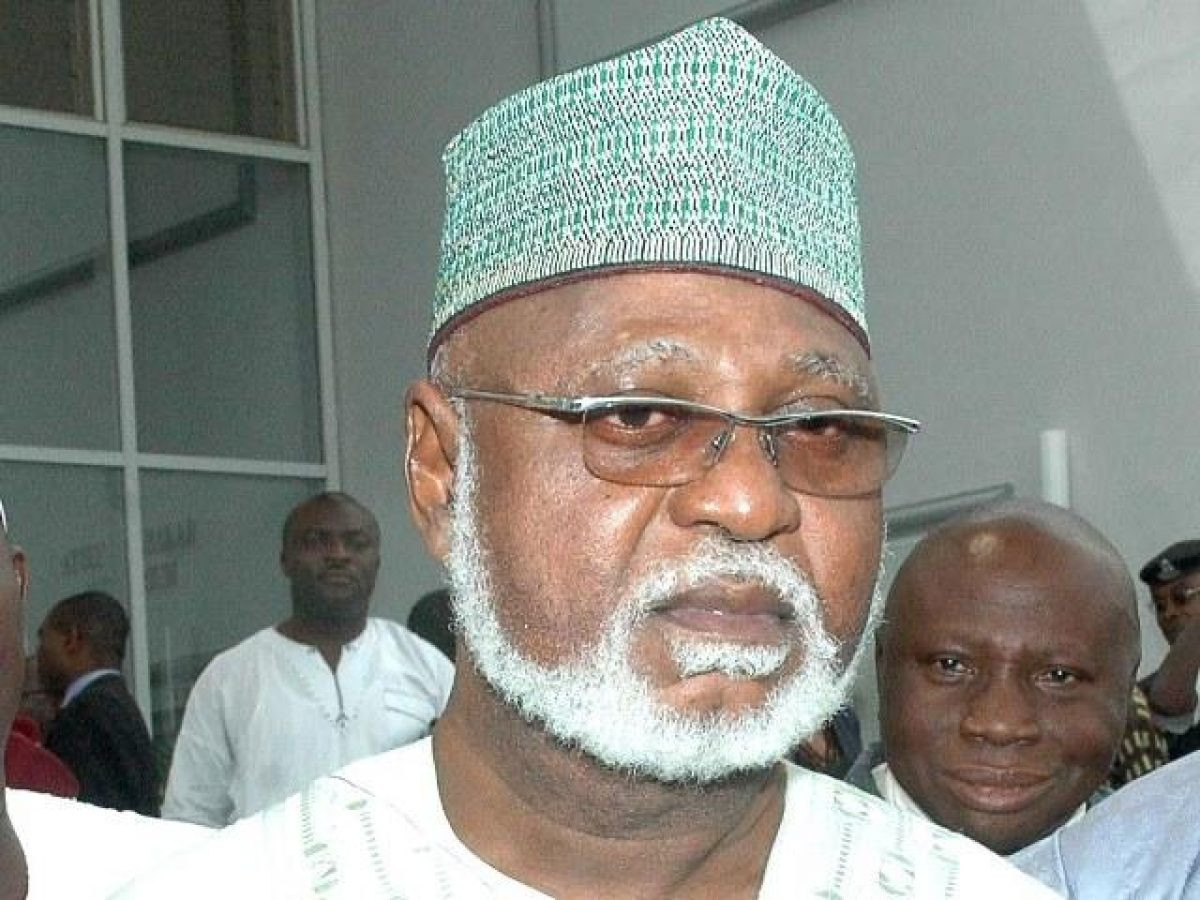 Former Head of State, Abdulsalami Abubakar has said that there are over 6 million illegal weapons in circulation across Nigeria. Abubakar who is the chairman of the National Peace Commitee (NPC), made the disclosure during a dialogue session of the committee with key stakeholders in Abuja on Wednesday April 7.  The meeting was attended by traditional rulers, including the Sultan of Sokoto, Alhaji Muhammadu Sa’ad Abubakar III; John Cardinal Onaiyekan; Ekiti State governor and chairman of the Nigerian Governors Forum (NGF), Kayode Fayemi; Plateau State governor and chairman of the Northern Governors Forum, Simon Lalong; religious leaders, the service chiefs, top military brass, police and other security agencies. He said the proliferation of weapons has heightened insecurity in the country and led to over 80,000 deaths. Abubakar further added that the challenges facing the country is not only insecurity in the narrow sense of the military definition but that it has assumed an all encompassing nature. Listing these challenges to include Boko Haram insurgency, banditry, kidnapping, increasing poverty, calls for balkanization of the country from different quarters, threat of hunger arising from insecurity that farmers have faced and continue to face, the increasing sense of collective despair and despondency among the populace among others, he also pointed out that security forces are not just over stretched but under strength and funded.  Abubakar said;  “The proliferation of all calibre of weapons not only in our sub-region in general and in Nigeria in particular is worrying. It is estimated that there are over six million of such weapons in circulation in the country.“This certainly exacerbated the insecurity that led to over 80,000 deaths and close to three million internally displaced persons."We believe Nigeria must find a way out of these problems. Our hope is that perhaps among us, by listening to your different perspectives, we can begin to build up confidence among our people so that we can hold together.“So our hope is that we shall not only share our collective lamentations about the current situation, bit propose some concrete suggestions that can point the way forward, suggestions that can inspire more confidence among our people and ensure that our country remains one.”The post Over 6 million illegal weapons are in circulation across Nigeria – Former Head of State, Abdulsalami Abubakar appeared first on Linda Ikeji Blog.
Courtesy of spobam