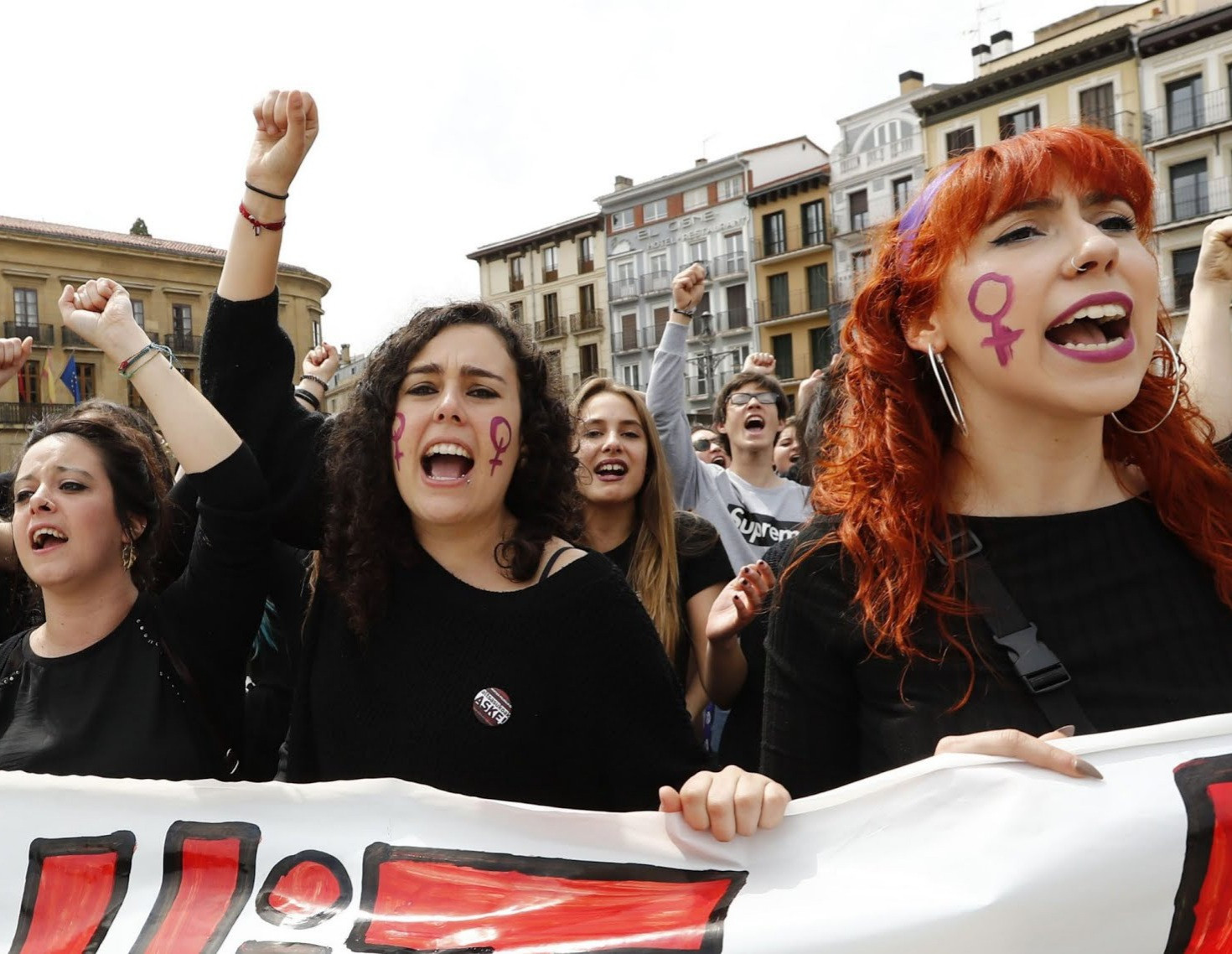 A Spanish court has sparked outrage after acquitting a man of sexually abusing his 14-year-old stepdaughter despite the fact she gave birth to his child. The Pamplona court accepted the defendant’s claim that the teenager had sat astride him while he was asleep on the sofa and engaged in penetrative sex. The man said he had no recollection of the supposed encounter as he had been very drunk that night. Close to nine months later, in December 2018, the girl was admitted to hospital and gave birth to a child, something the accused claimed had been a complete surprise to him and the girl’s mother. Social services ordered a paternity test, which confirmed that the stepfather was the father of the baby. The girl’s mother reported the father for alleged sexual abuse of her daughter. The girl initially said she had been raped in the street before changing her story to corroborate her stepfather’s claim that he had not been conscious when they had sex. The judges said that there was insufficient evidence to convict the stepfather. Altamira Gonzalo, vice-president of the Themis women jurists’ association, said the verdict "takes us back to the kind of sentences we used to see in Spain in the 1950s or 60s, when there was complete impunity for men in the family environment". "The sentence beggars belief. The only thing the court valued is the accused’s right to the presumption of innocence. It has ignored its duty to protect a minor and the fact that the age of consent in Spain is 16," Ms Gonzalo told The Telegraph.The post Outrage as Spain acquits man of sexually abusing 14-year-old stepdaughter who gave birth to his child appeared first on Linda Ikeji Blog.
Courtesy of spobam