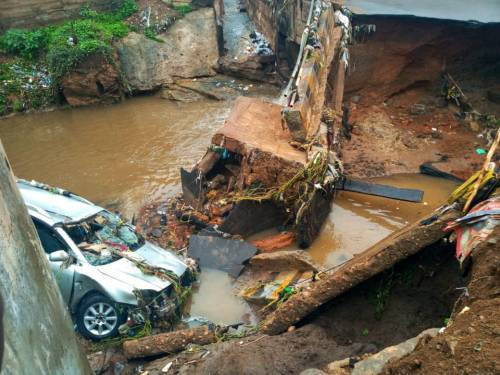 One person has been confirmed dead after a bridge collapsed at Oko-erin, Ilorin, Kwara State on Saturday night, June 13 after a heavy rainfall. 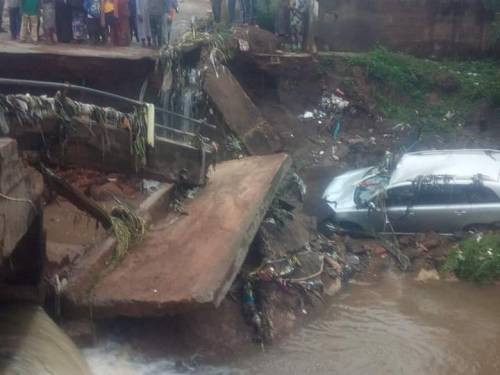 An eyewitness said a car carrying three passengers fell into the canal after the bridge collapsed. “The bridge collapsed around 10pm on Saturday night because of heavy downfall. The driver was on the bridge when it tore apart and they fell into the canal. They died because they could not get help as people didn't have means of rescuing them, we had to standby and expect the emergency team to come.” the eyewitness said 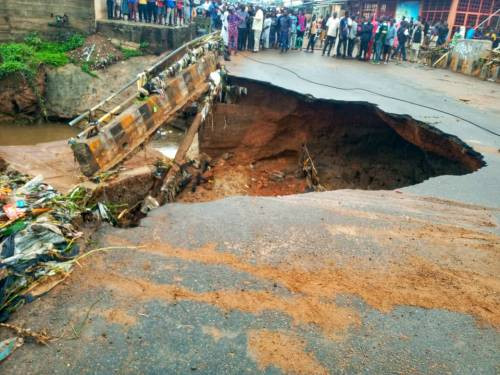 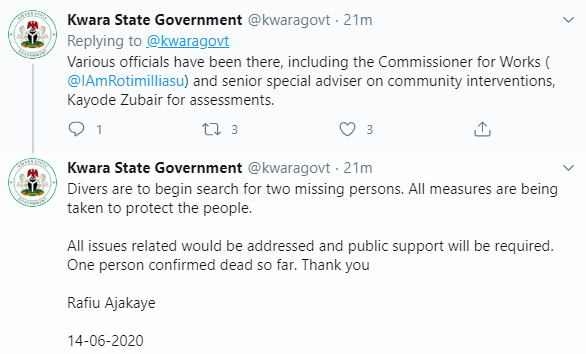