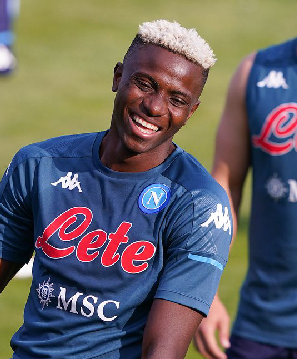 Nigeria's Victor Osimhen, scored a hat-trick and provided an assist in his first game for Napoli as they humiliated Italian fourth division club L’Aquila 11-0, in their first pre-season friendly game on Fridau August 28. Osimhen who recently joined Napoli from Lille in this transfer window, and became Nigeria's most expensive player of all time in the process, netted his three goals inside the opening eight minutes of the game before providing an assist for Napoli’s eight goal. 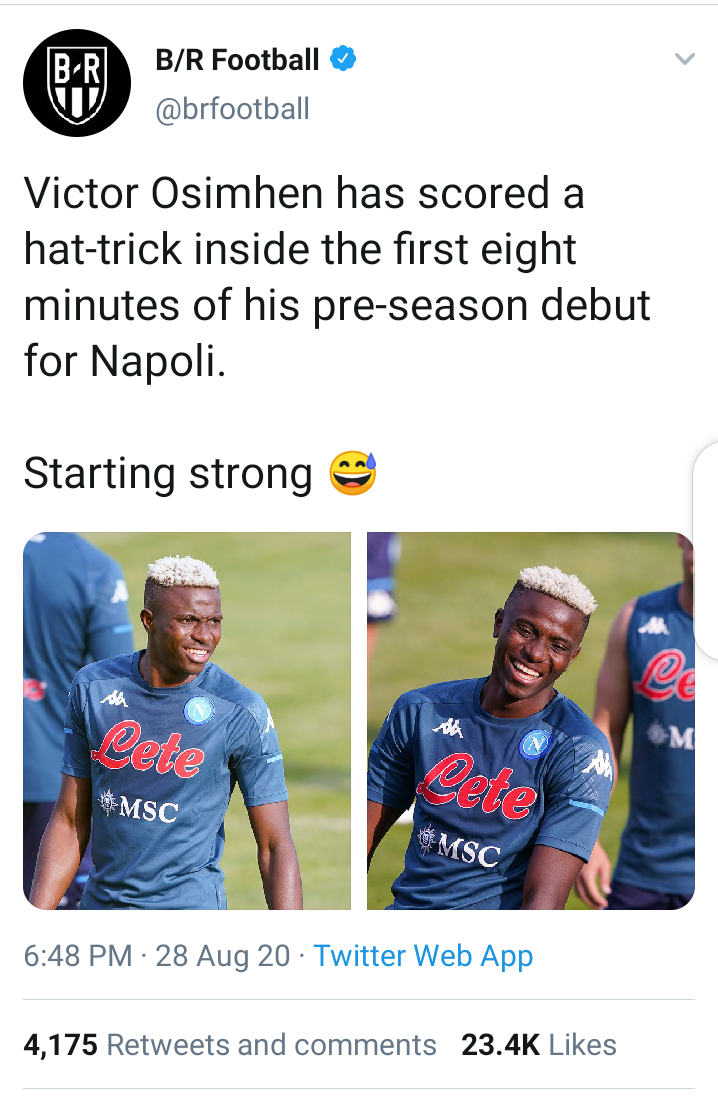