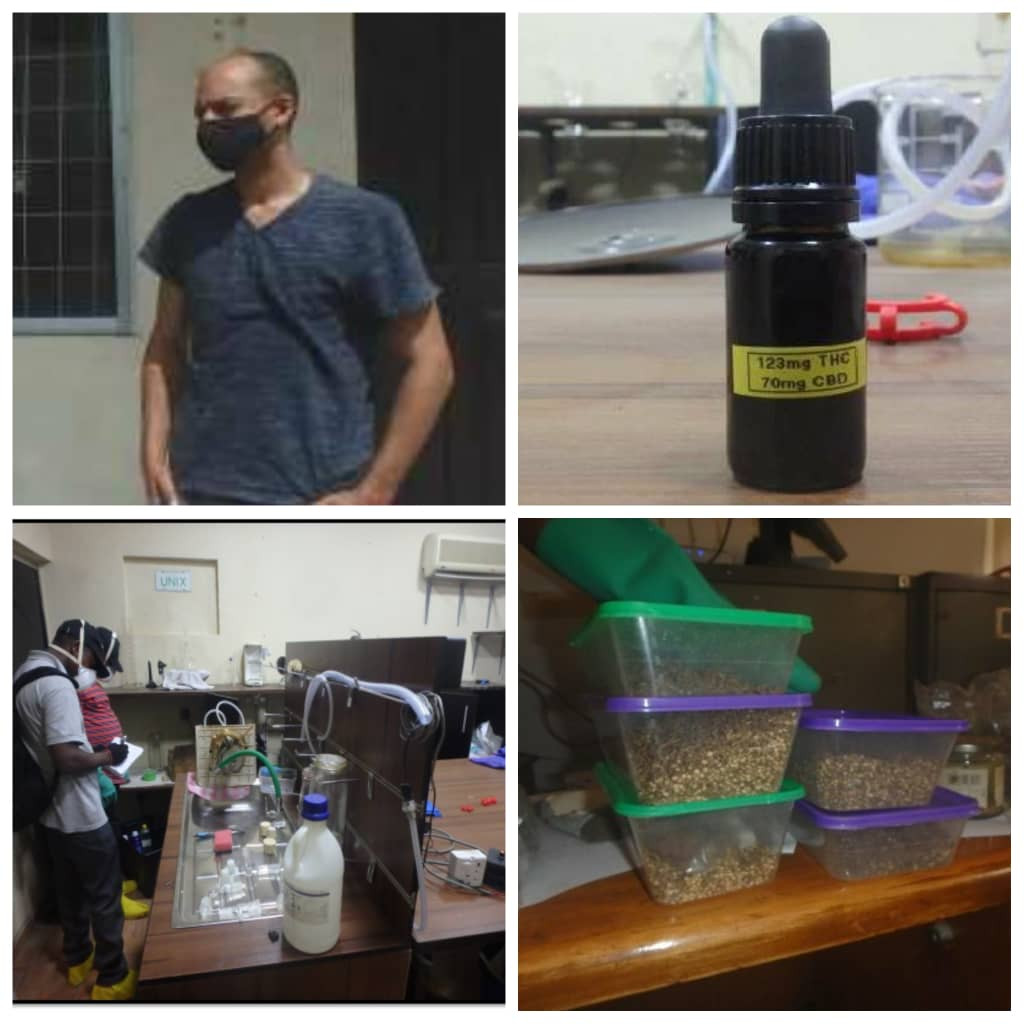 The National Drug Law Enforcement Agency (NDLEA) has dismantled a secret laboratory where hashish oil is manufactured in Lagos. Hashish oil is a derivative of cannabis Sativa, a banned substance in the country. A statement released by the Principal Staff Officer, Public Affairs of the NDLEA, Jonah Achema on Friday May 22, said the laboratory, located at 7 Imam Augusto Close, Victoria Island, was dismantled by the Serious Enforcement Team of the agency. The suspected owner of the laboratory, Oladapo Ifedayo Oluseyi Adedayo, was also arrested. “A clandestine laboratory for the production of Hashish Oil, a derivative from Cannabis sativa has been dismantled by the Serious Enforcement Team of National Drug Law Enforcement Agency, NDLEA. The laboratory was located in an apartment on No. 7, Imam Augusto Close, Victoria Island-Lagos.In the course of the operation code-named Hash-Caste, the Agency arrested one Oladapo Ifedayo Oluseyi Adedayo, “M”, the suspected owner of the laboratory which engages in indoor growing of cannabis sativa and processing same into Hashish oil through clandestine laboratory extraction.Adedayo is an half-caste, with a Nigerian father (late Professor OLADAPO Ifedayo Olawole, an indigene of Ondo town, Ondo State, Nigeria and a Danish Mother, Dr. Mrs. Jyette Marie (nee Roug).The suspect is a graduate of University of Southern Denmark with a degree in Electronic Engineering. Aged 42, Adedayo claimed to have been pushed into the hydroponic cannabis growing and Hashish Oil extraction following the collapse of his Inverter, Metering and Solar Installation Company in 2019. He said he noticed that there is so much money to be made in view of the high demand for Hashish oil in the international market as a curative medicine for cancer.Adedayo’s expansive premises is well fortified with protective dogs and himself well armed, ostensibly to put up resistance from the suspected onslaught of law enforcement agencies. In the course of the operation, several drug exhibits were recovered including 911 grams of Cannabis seeds, 21 Kilograms of Cannabis infused Ethanol, 83 grams of Hashish Oil 123mg THC-70 CBD, 1.127 Kilograms of Cannabis Cream, 80 grams of fresh Cannabis plant and 25 grams of dried Cannabis plant.Other items found in the active laboratory are: 500 grams of Potassium Hydroxide Pellets, Propyl Alcohol, 500 grams of Sodium Hydroxide Pellets, Distilled water, Water Aspirator Vacuum Pump, Round bottom Flasks, Citric Acid, PH Meter, Retort Stands, Distillation Flasks, Printer, Spectronet wireless wifi, Polyvinyl Chloride (PVC) Pipes, Wooden base for Hydroponic System of Cannabis growing, LED Flood lighting for Photosynthesis purpose for the Cannabis indoor planting and one product of Berreta 92 Pistol (a short gun) with thirteen (13) rounds of live ammunition.Two vehicles belonging to the suspect were seized as they were suspected to have been acquired from the proceeds of illicit drug trade. The vehicles are a Toyota Camry Car with Registration Number AKD 609 FV ‘Lagos’ and one Old Model Toyota Hilux with Registration Number AKD 519 AQ ‘Lagos’. Also detected are two bank accounts belonging to the suspect and one jointly operated by the suspect and his mother.” the statement read While commenting on this new development, the  Chairman/Chief Executive of the NDLEA, Col. Muhammad Mustapha Abdallah (Rtd.), said the drug trade is assuming a hitherto unthinkable dimension for somebody to turn his premises into a cannabis farm and also establish in the same premises a laboratory to process the proceeds into bye products such as Hashish. The post NDLEA uncovers first-ever hashish oil lab in Lagos, arrests owner (photos) appeared first on Linda Ikeji Blog.
Courtesy of spobam