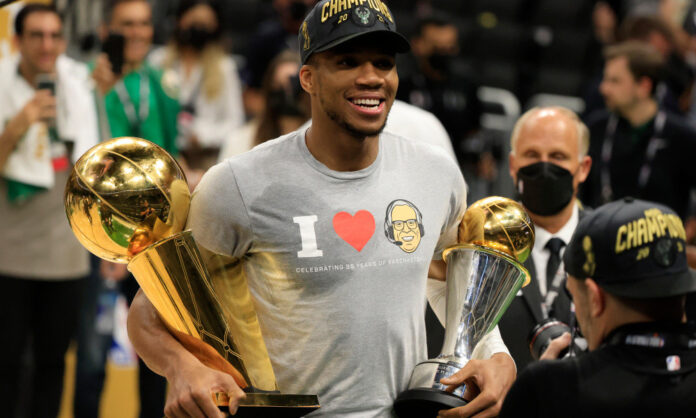 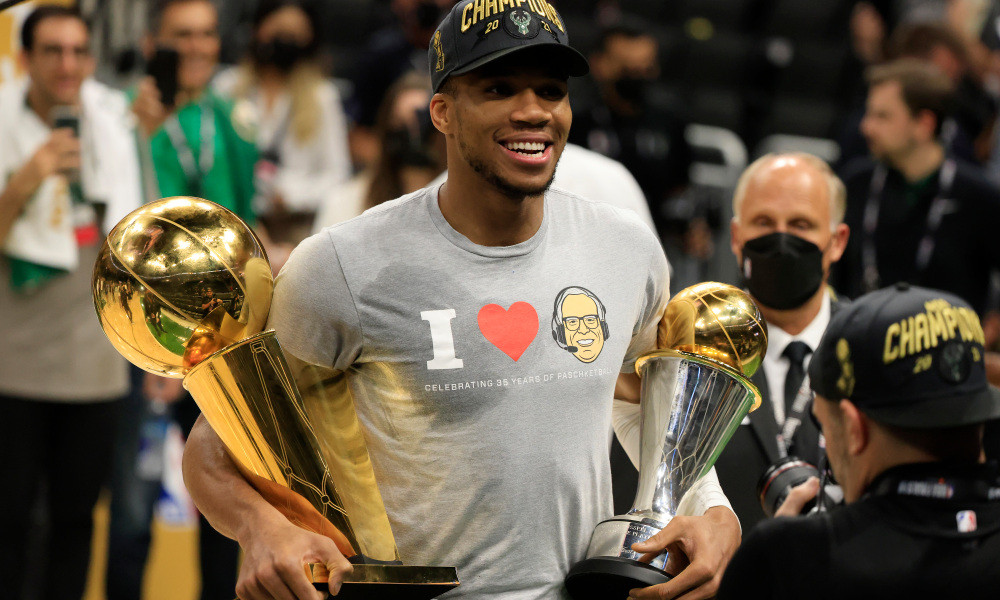 Giannis Antetokounmpo has joined the likes of LeBron James and Michael Jordan to become one of just eight players to score more than 50 points in an NBA Finals. The ‘Greek Freak’ led his team as they defeated the Phoenix Suns to claim their first NBA title since 1971, winning games six 105-98 to seal a 4-2 series win, becoming just the fifth team to win the best-of-seven series after losing the first two games. Antetokounmpo put in one of the best performances of his career to carry the Bucks to the win after also being named the regular-season MVP and Defensive Player of the Year. 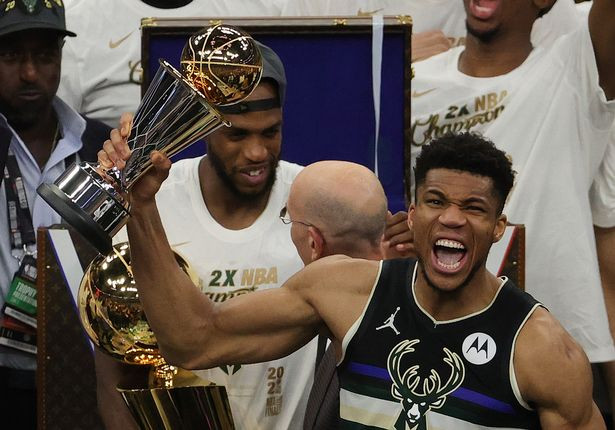 He joins Michael Jordan and Hakeem Olajuwon as the only players in NBA history to win a regular-season MVP Award, a Finals MVP Award, and a Defensive Player of the Year Award. The two-time league MVP was named Finals MVP after he scored 50 points, including 33 in the second half alone, as well as claiming 14 rebounds and making five blocks. 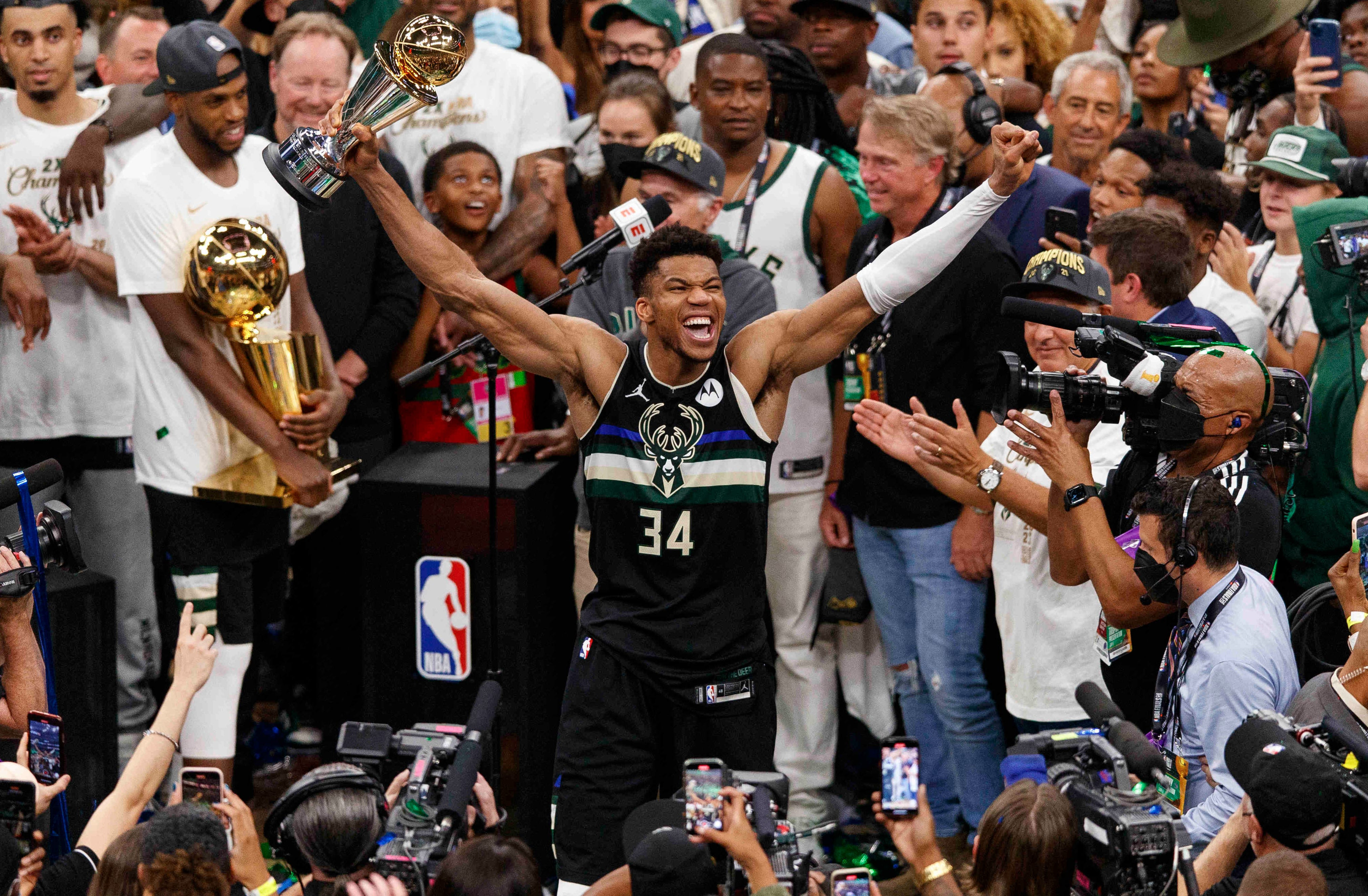 He had already scored at least 40 points and made 10 rebounds in three of the other games of the series, leaving his with an average of 35.2 points and 13.2 rebounds across the Finals. The 26-year-old was born in Greece to Nigerian migrant parents.The post NBA star, Giannis Antetokounmpo joins LeBron James and Michael Jordan after NBA title heroics with Milwaukee Bucks (Photos) appeared first on Linda Ikeji Blog.
Courtesy of spobam