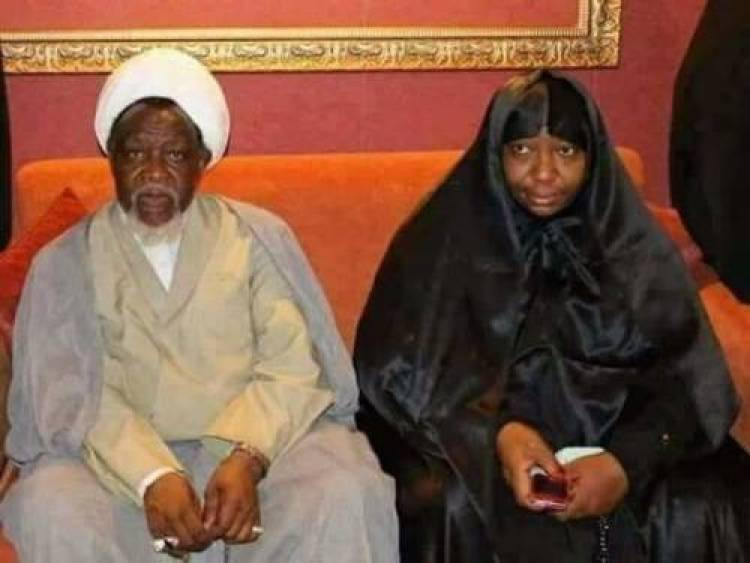 Mohammed, son of leader of the Islamic Movement in Nigeria (IMN) Ibraheem El-Zakzaky, has alleged that his mother, Zeenat contracted COVID-19 at a Kaduna prison. Mohammad further alleged in a statement released on Thursday January 21, that his mother is yet to be evacuated despite informing authorities about her status, an act he described as an “assassination tool”. He said; “Six days ago, after a routine visit to the Kaduna State prison by my parents’ doctors, my mother complained of fatigue, fever and a complete loss of the ability to smell. “The doctors decided to carry out a number of standard tests in order to understand what the problem was. Among the tests that were carried out was a test for the novel coronavirus.“This was a routine procedure and it is important to state that she has been denied treatment for acute medical conditions, including severe arthritis of the knee for years now.“Meanwhile, the COVID-19 test came back positive. I imagined that due to the diligent way in which the prison management had been conducting and managing the facility, a COVID-19 outbreak would be extremely unlikely.“But once I heard of the test result, my first action was to ensure that it was tried, tested and confirmed. I expected that following our risky entrance into the predictable petri dish of Kaduna State prison for what it is, the person in charge of Kaduna State prison would officially do his job and inform the State Governor, Nasir El-Rufai, and the chain of command that the current campaign of torture, extortion, corruption and murder has come to this and my mother, Zeenah Ibraheem El-Zakzaky, needs to be immediately hospitalised.“My mother is still in Kaduna prison at the moment, yet to be hospitalised and to receive proper health care.”    The post My mother contracted COVID-19 in Kaduna prison – El-Zakzakys son appeared first on Linda Ikeji Blog.
Courtesy of spobam