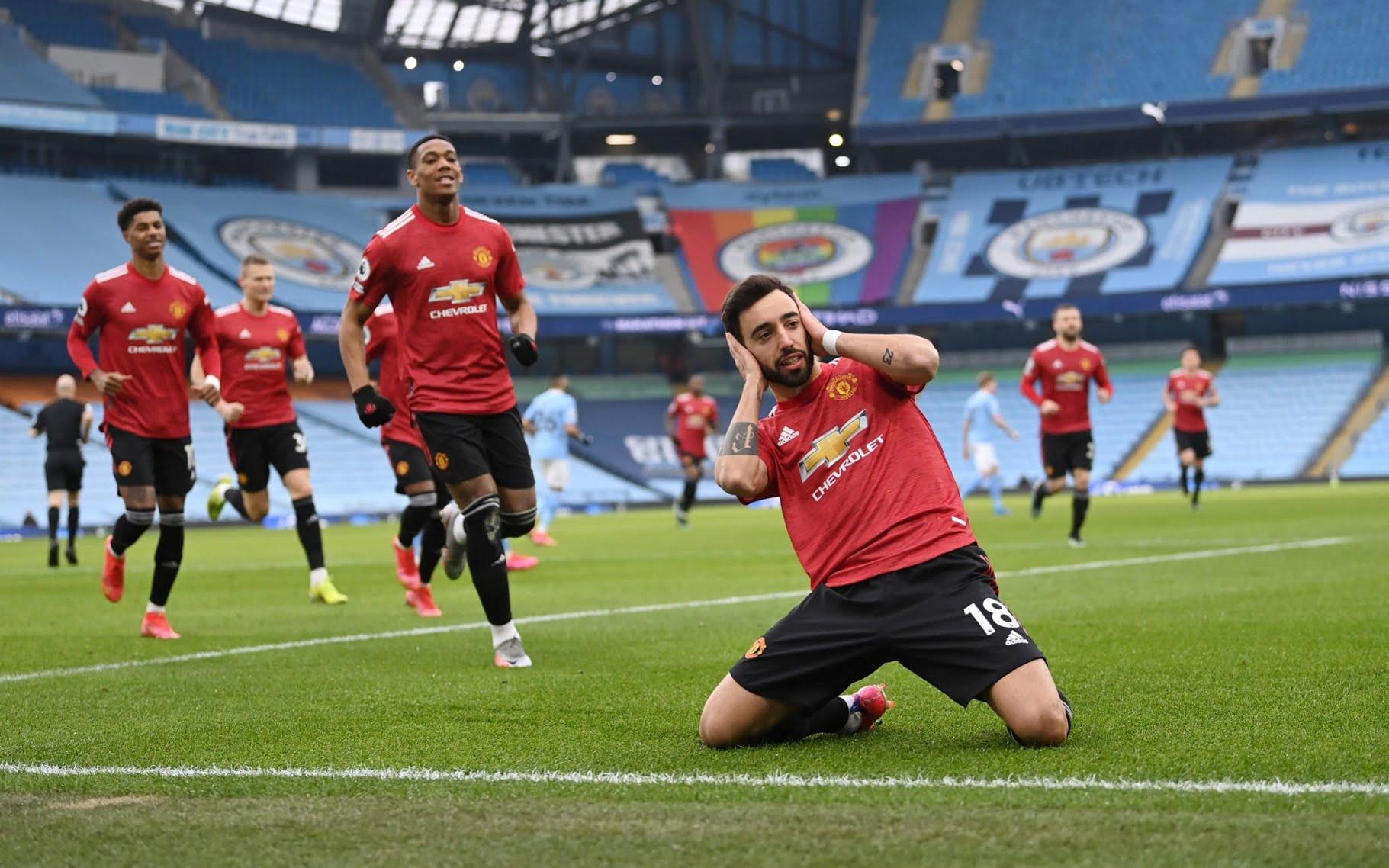 Manchester City's 21 game unbeaten streak was struck out by their eternal rivals, Manchester United.On Sunday night, March 7, Bruno Fernandes and a man of the match performance from Luke Shaw was enough to see off premier league table leaders Manchester City .United claimed a famous and surprising win and continued their run away from home to an impressive 22 league games unbeaten. More importantly they returned to second in the table, bolstering their hopes of claiming Champions League qualification and also set a standard they have to maintain if they are going to challenge next season. 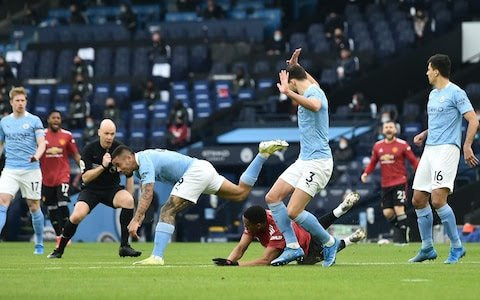 United may not be closing the gap on City just yet – even if it is now down to 11 points – but taking four points this season from the leading team should be some encouragement with several outstanding performances led by Anthony Martial, and Luke Shaw who scored their second goal in front of England manager Gareth Southgate. Few minutes into the game,  Gabriel Jesus bundled Martial in the area and the referee couldn't avoid giving out a penalty.Fernandes who has been criticized lately for not playing well against the big six club's, drove the ball to Ederson’s right. The goalkeeper got a hand to it but could not keep it out and Fernandes had his second goal of the season – and his second penalty – in ‘Big Six’ encounters. The goal also meant it was the first time that City had been behind in a Premier League game since November 2020, precisely 20 matches ago. Moments later, United could have had a second goal when Joao Cancelo lost the ball inside his own area only for Shaw to take a shot straight at Ederson.Shaw was overlapping, Martial was holding up play perfectly and City's midfield controlled by De Bruyne and Gundogan we're finding it hard to control proceedings. It was not until mid-way through the first-half that City started pressing United back.  Ole Gunnar Solskjaer told his side to press even higher in order to stifle City and it was working. 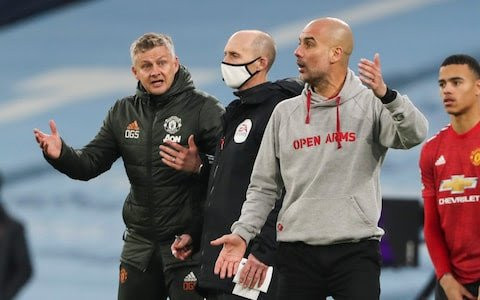 Dean Henderson, brought in to replace De Gea who had traveled to Spain to witness his child's birth, beat out a shot from Oleksandr Zinchenko and City asked for a penalty when Raheem Sterling was bundled by Fred but the referee was having none of it.Halftime: Man City 0 – 1 Man.U In the second half City resumed with more purpose and started pressing but what came next even Pep Guardiola didn't expect it.Gabriel Jesus laid Mahrez’s pass back into the path of Rodri whose side-footed shot from 18 yards struck the top of the cross-bar.Henderson then threw the ball out to Shaw who chested it past Cancelo before running forward and passing to Rashford in the eighteen yard box.Rashford returned the ball and Shaw’s low shot beat Ederson and found the corner of the net.Man City 0- 2 Man United. 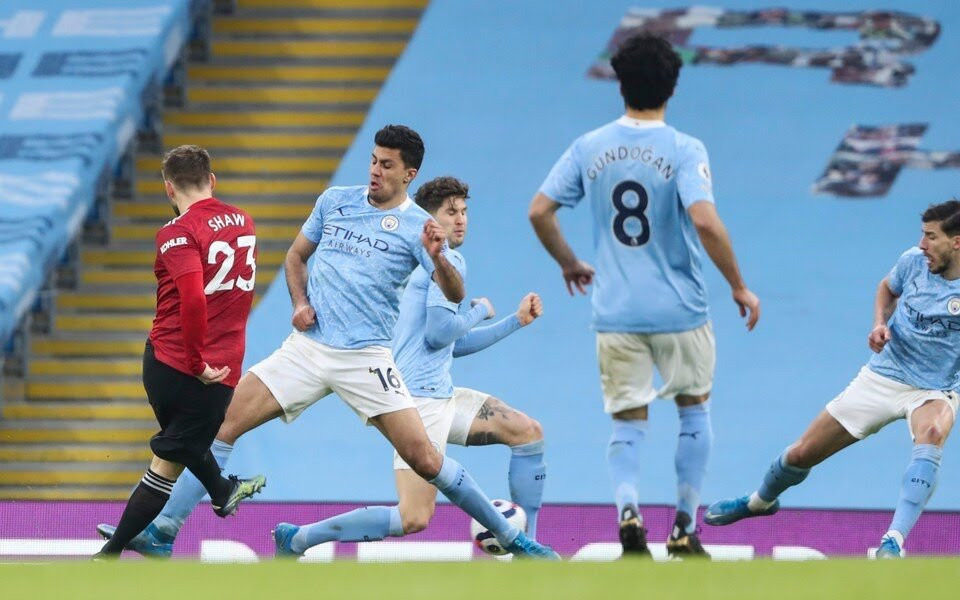 It was almost a third as Martial got Fernandes’ looping cross only to fail to get enough power in his diving header with Ederson grabbing the ball.Sterling shot high over and then Shaw superbly blocked Jesus as he planned to shoot after De Bruyne attacked.United went close again when Scott McTominay was brought down but play continued with the ball falling to Martial.  Martial one on one with Ederson, couldn't beat the goalkeeper, who saved the shot.It was a terrible miss as Martial had to score. In one of City's most potent strikes going forward, De Bruyne passed to substitute Phil Foden who collected it, turned round and shot, but it went wide . City pounced and pounced but United held them, earning a clean sheet as well as a deserved victory.Manchester United are now 11 points behind City. The post Manchester City’s run of 21 successive victories is over as Manchester United beat them 2-0 at the Etihad appeared first on Linda Ikeji Blog.
Courtesy of spobam