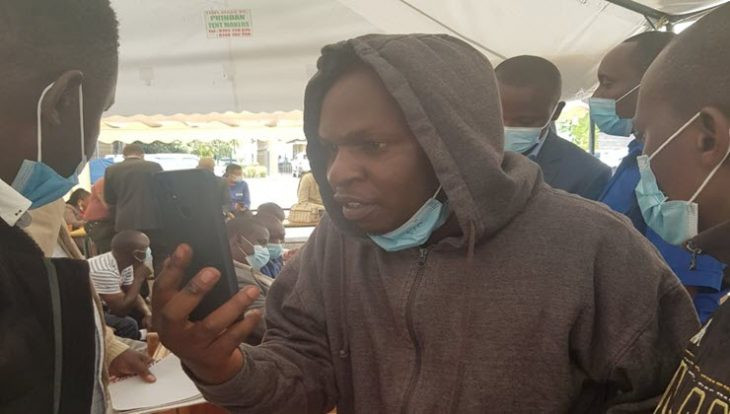 A Kenyan man who sneaked out of court as a magistrate wrote down his sentence, has been arrested and rearraigned two years after he disappeared.  Jonathan Muini Njoroge who lied to the court orderly that he wanted to speak to his lawyer outside the courtroom as Nairobi Principal Magistrate Hellen Okwani wrote down his sentence, had been found guilty of conspiracy to defraud RAMLA technologies of Sh 680,000. Njuroge who disappeared from the court in handcuffs committed the offense on August 3, 2016, at the Equity Bank branch on Muindi Mbingu Street in Nairobi with several others. He was accused of falsely pretending that he was in a position to supply 100 volume licenses at the Office of Auditor-General, a claim he knew was false. He was to serve his prison sentence at the Industrial Area Prison but sneaking out of court. After his disappearance, the magistrate issued warrants of arrest against him, a manhunt that ended on April 2, 2021 when he was arrested. The Kenyan man has been rearraigned on one count of resisting arrest. Police said he resisted arrest at Kerwa in Kiambu County when two officers, Oscar Kibate and Joseph Thangu nabbed him.  Njoroge appeared before Nairobi Chief Magistrate Martha Mutuku on Wednesday April 7. Mutuku adjourned the case till Friday April 9, to allow the prosecution time to produce the convict’s file.The post Man who sneaked out of court as magistrate wrote down his sentence arrested two years after disappearing appeared first on Linda Ikeji Blog.
Courtesy of spobam