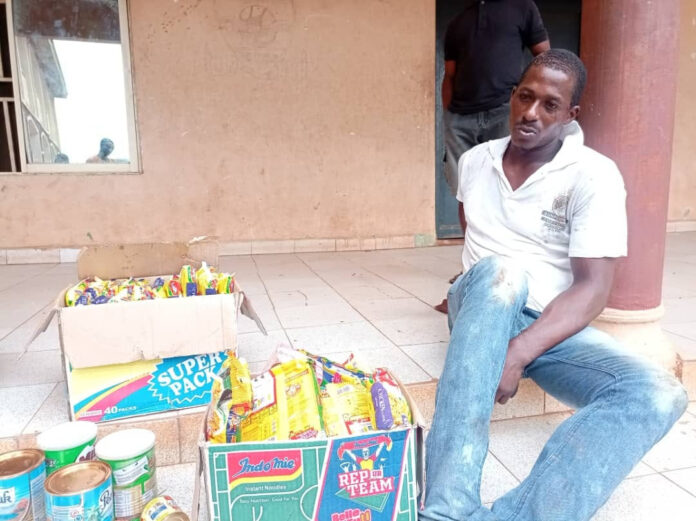 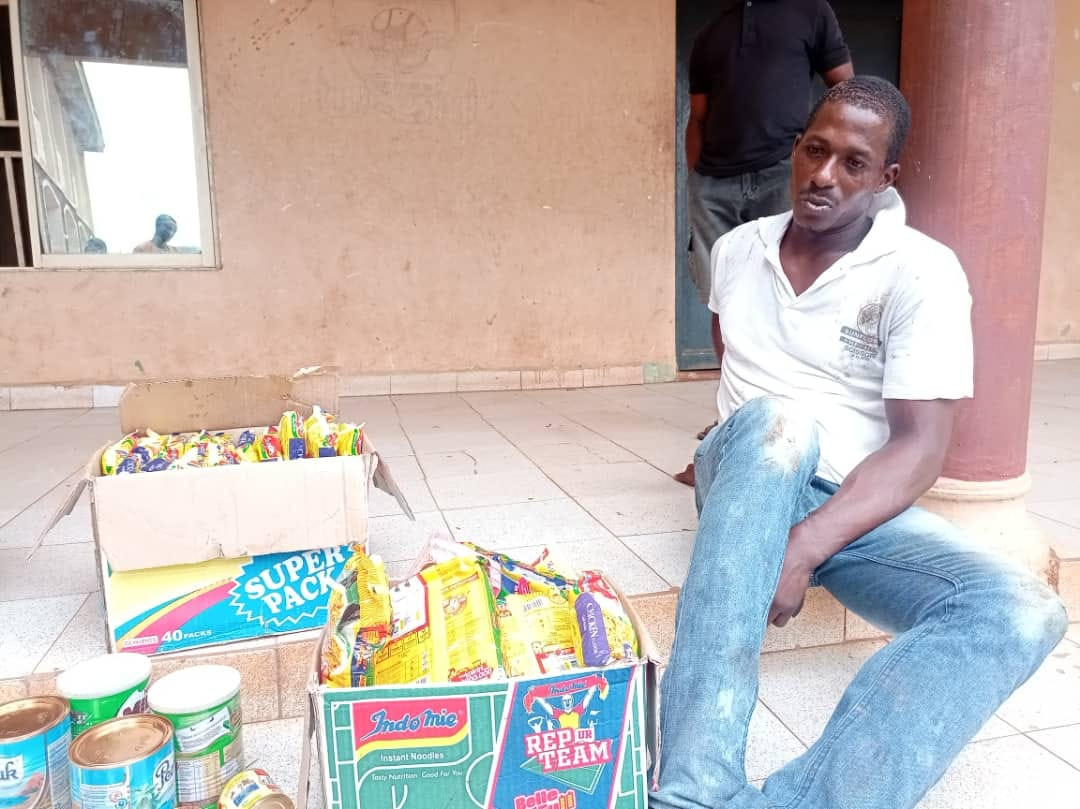 A vigilante group in Ukwulu, Dunukofia Local Government Area of Anambra State has apprehended a 34-year-old man, KC Chukwuma aka `Ejima KC’ for shoplifting. The suspect was alleged to have stolen two cartons of Noodles, washing soap, beverages, milk and Milo from a shop in his area of abode on Friday, July 23. According to the suspect, since the shop was open, he decided to help himself to the items as he desired. The vigilance group thanked the people within the community for giving them useful information that resulted in apprehending the suspect. A village spokesman commended the vigilance groups on their successful operations in the village.The post Man nabbed for stealing food items in Anambra says the shop was open so he took what he desired appeared first on Linda Ikeji Blog.
Courtesy of spobam