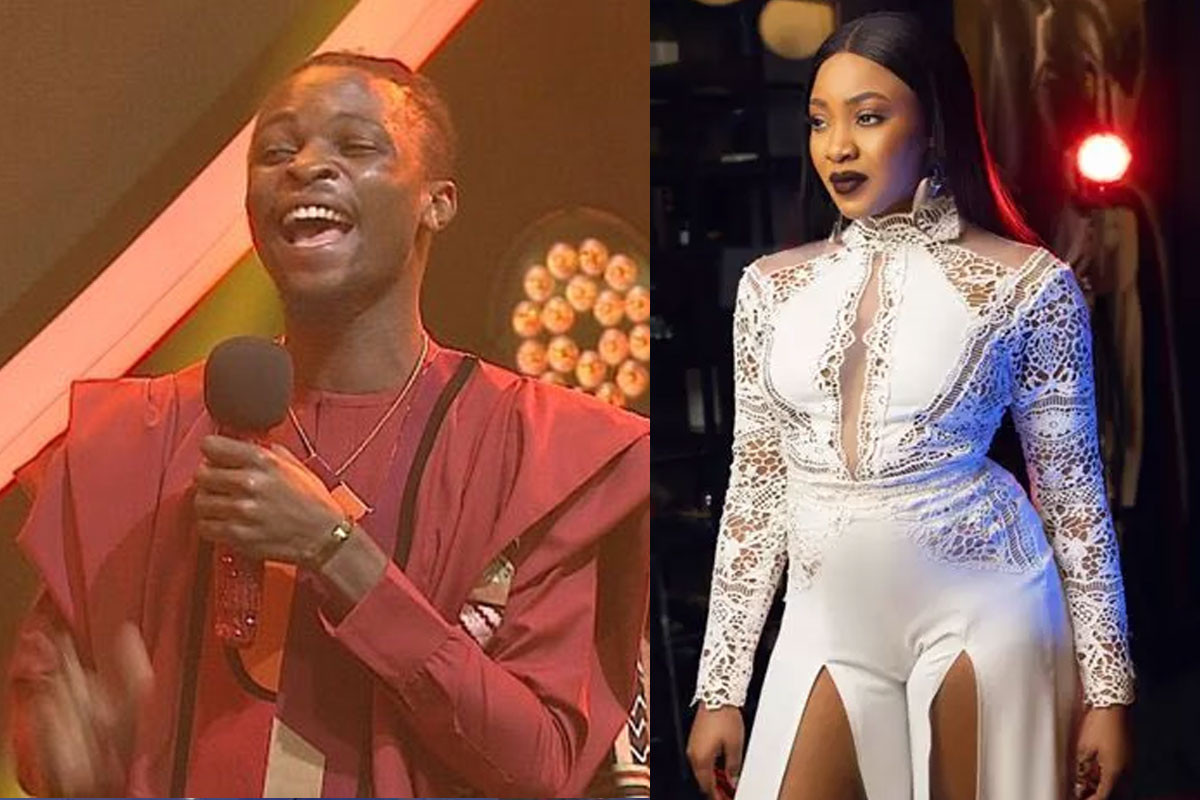 Erica has dismissed online reports that the winner of the BBNAIJA season 5 show and her fellow contestant, Laycon, told her he was Sickle Cell. Recall that last week, she was dragged on social media after Laycon revealed to Dorathy that he was SC. Read here.Many social media users claimed Laycon told Erica he was Sickle Celled and that was why during the altercation that led to her disqualification, she told him he was going to die before 50. They accused her of using Laycon's health status against him.In a video shared online, Erica dismissed the claim. ''I have been seeing a lot of crazy stuff on the internet saying that I knew about Laycon's sickness and I used it against him. Come on guys. In all my time in that house, I am sure you have seen the kind of person that I am. I am a very emotional person. I am very sensitive to people's feelings. If I do things wrong, I always go back and apologize. There is no time I have ever used whatever someone says to me against them because I know how bad I would feel if someone does that to me. Laycon never told me he was SC. There is no time he ever said that to me and he himself knows that he never said that to me. Left to me, Lay con was fine, he was alright.It was just bottled up emotions. That is it. That's what happened'' she saidShe also took out time to address her 'relationship' with Kiddwaya.First of all he is my friend. He was my best friend in the house. He is a very great guy. He is very intelligent. He was there for me and is still there for me. About a relationship? I am not sure about that because no one knows the future but the thing is the pressure is not going to help so guys just allow us work on ourselves. For me, I want to work on myself, my brand and I know he has plans for himself and his career.Right now we are fresh from the house, we had our plans before we even met each other and now we are fresh out of the house, we have to do everything we plan to do with our career. That comes first.I don't know what is going to happen in the future. You guys already know I like him but what comes first is my career.'' she said Watch the video below      View this post on Instagram           A post shared by Lindaikejiblog (@lindaikejiblogofficial) on Sep 29, 2020 at 3:19am PDTThe post Laycon never told me he has ‘Sickle Cell’- Erica (video) appeared first on Linda Ikeji Blog.
Courtesy of spobam