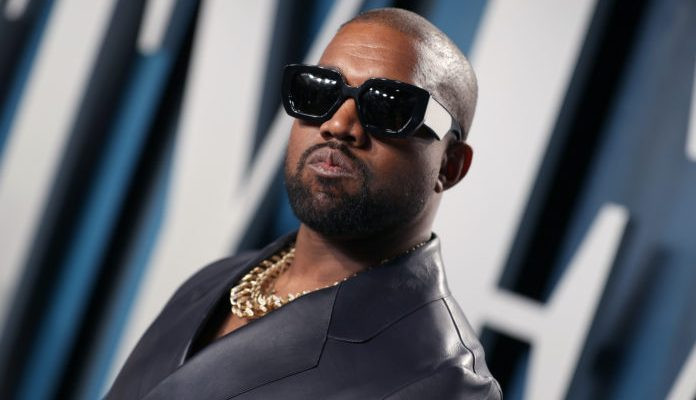 Billionaire music and fashion icon, Kanye West took to Twitter on Wednesday to threaten Universal Music Group, and other music labels claiming the company doesn't want him to buy off his music masters. In 2003, the 21-time Grammy winner signed with Roc-a-Fella Records through Def Jam. Def Jam is a subsidiary label of Universal Music Group. In addition, he established his music label, GOOD Music under Def Jam as well. A "master" is the term used to refer to the underlying rights to a song. The "master recording" is the original version from which everything in a song originates.A CD, a stream on Spotify, an appearance on a movie soundtrack, being released publicly at all, are all licensed by the holder of the master rights. This also means that the holder of the master has control over the financial gains from the recordings as well. In Music business, controlling the master rights essentially means you have control over what is done with the song or album.Kanye West tweeting on Wednesday, begged fans to pray for him as he will do everything within his power to get his masters from Universal music .According to Kanye, he and his children should be the one to earn from his masters not the bosses at Universal music. He said a lot of artistes are bound to contracts that are almost impossible to get out of.“UNIVERSAL WONT TELL ME WHAT MY MASTERS COST BECAUSE THEY KNOW I CAN AFFORD THEM,” tweeted Ye. “MY CHILDREN WILL OWN MY MASTERS… NOT YOUR CHILDREN…MY CHILDREN… MY CHILDREN.” 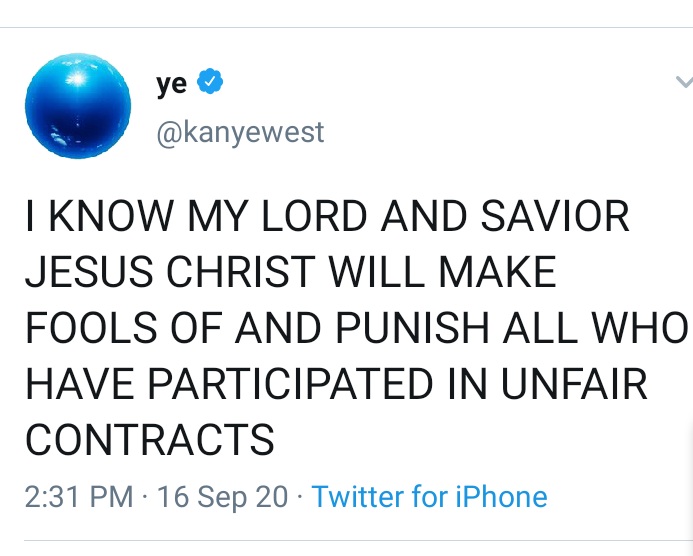 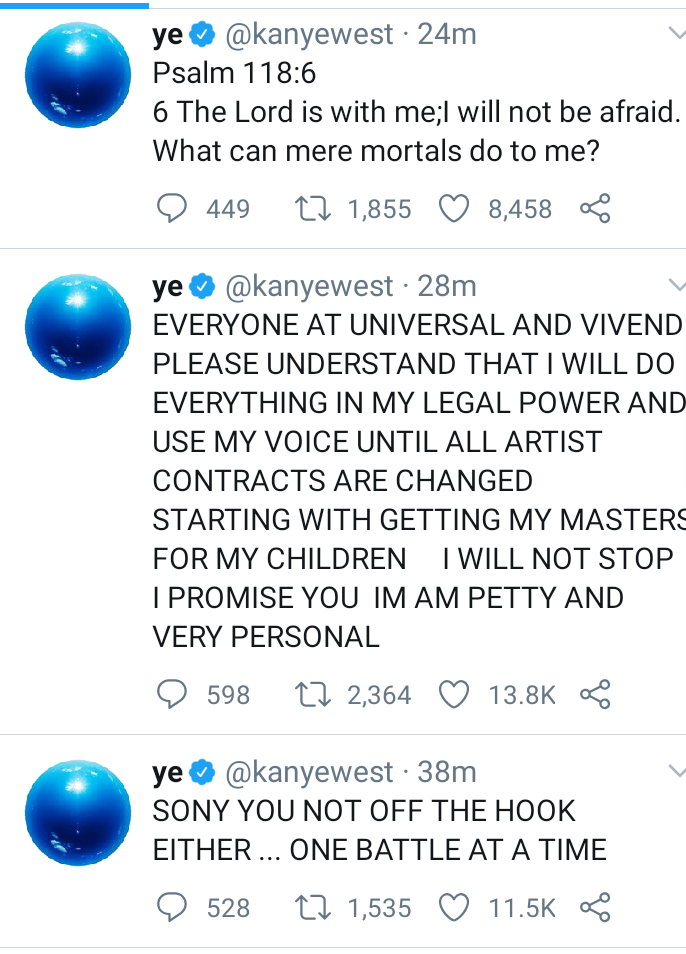 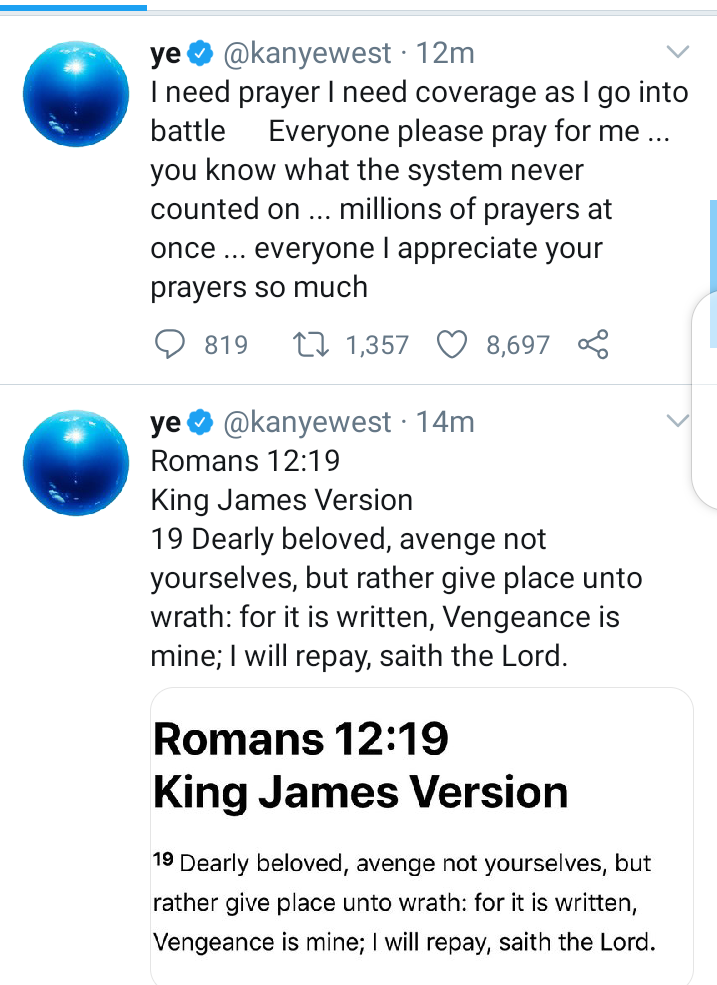 Headed by CEO Lucian Grainge, Universal Music Group is owned majority by French media conglomerate Vivendi.  According to Kanye, he is fighting for all artistes and he wants to buy off his masters so his children won't have to work for another company. Over the past few days, Kanye West has been extremely vocal about Black ownership within industries that profit from them the most. In previous tweets on Tuesday, Kanye called on Kendrick, Drake and J. Cole to join him in the fight as he was fighting for all black artistes . He also demanded a public apology from Drake and J.Cole. 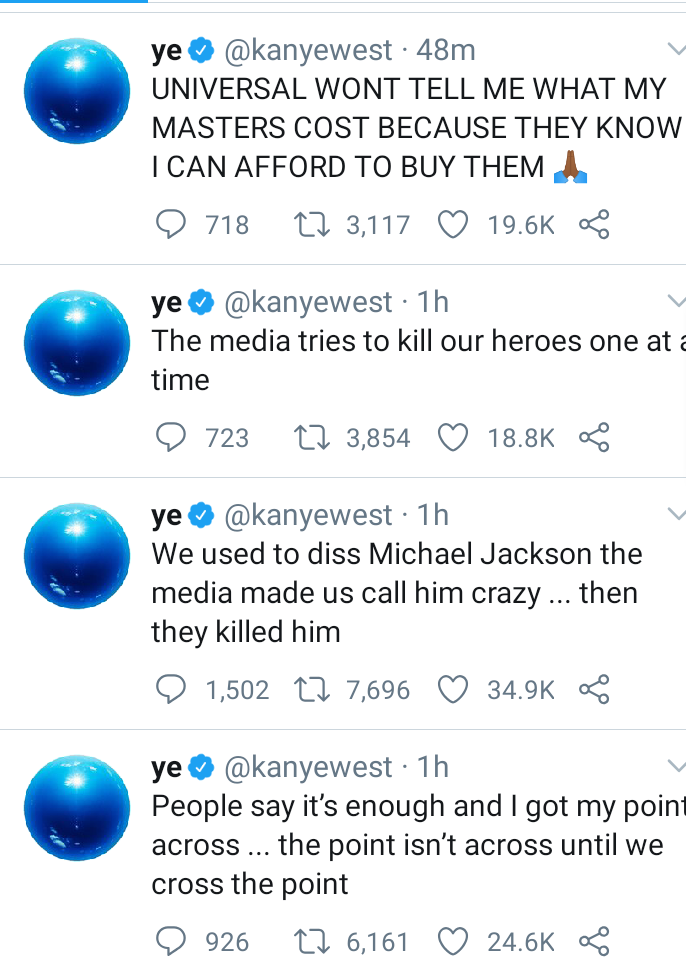 In other tweets, Kanye also said he made his billions from fashion and not music as no one makes billions from music due to the control of artiste's masters by big music corporations.“EVERYONE AT UNIVERSAL AND VIVENDI PLEASE UNDERSTAND THAT I WILL DO EVERYTHING IN MY LEGAL POWER AND USE MY VOICE UNTIL ALL ARTIST CONTRACTS ARE CHANGED STARTING WITH GETTING MY MASTERS FOR MY CHILDREN I WILL NOT STOP I PROMISE YOU IM AM PETTY AND VERY PERSONAL.” 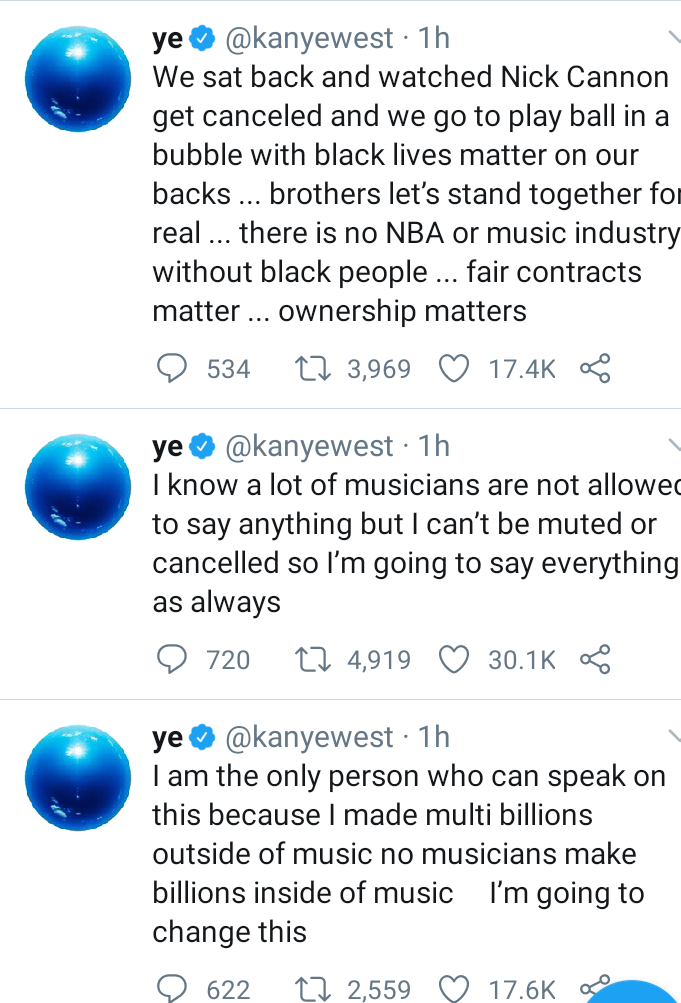 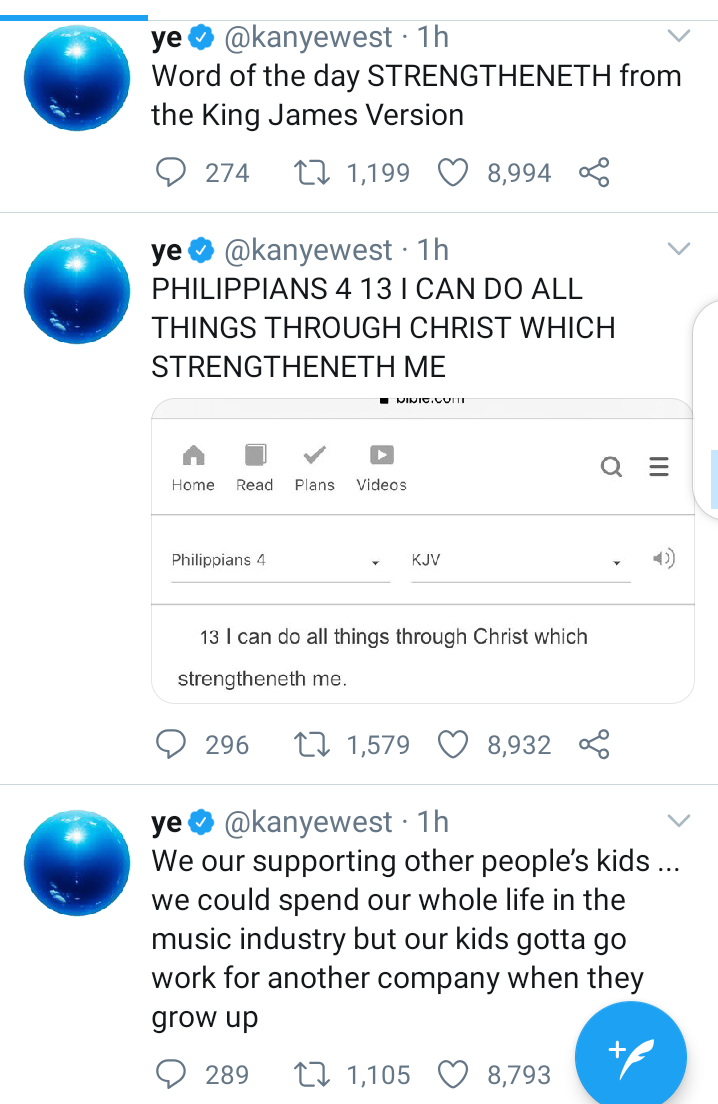 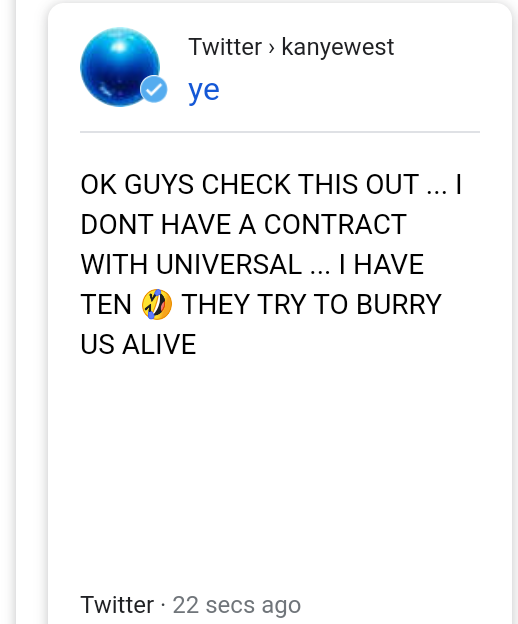 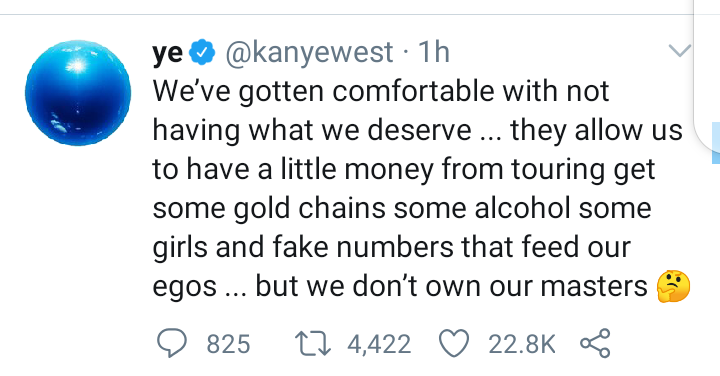 The post Kanye West threatens to battle Universal and Sony music for his music masters while begging fans to pray for him appeared first on Linda Ikeji Blog.
Courtesy of spobam