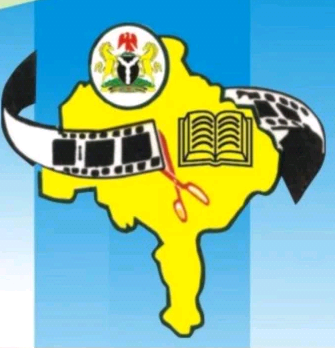 Kano State Censorship Board has ordered satellite TV channel Arewa24 to with immediate effect, desist from airing two popular Drama TV series for allegedly violating its laws. The series Kwana Casa’in and Gidan Badamasi were among the best series cherished by millions of Hausa movie enthusiasts around the world. While Kwana Casa’In was banned for showing a lady being held by men inside a tricycle, Gidan Badamasi was banned was being uncensored and unlicensed. According to a letter personally signed and addressed to the Managing Director Arewa24 by the Executive Director, Kano state Censorship Board, Alhaji Ismai’la Na’abba Afakallah, the TV channel has 48 hours to suspend anything to do with the said movie series. Afakallah claimed that the movie defied sections 100 and 102 of the Kano state censorship board laws (2001), thus debasing cherished cultural values and norms of the people of the state. The letter reads, “ It is from the foregoing, provisions of the law, that we are drawing your attention to a recent episode of Kwana Casa’In in a tricycle and store showing a lady being held by men which is against our norms, values, religion and culture. “It is also in our record that another TV series being shown by your station called ‘Gidan Badamasi’, is an uncensored and unlicensed film which is an offence contrary to the Kano State Censorship Board Law (2001).“It is against this background that we are giving your TV station 48 hours from the receipt of this letter to stop showing Kwana Casa’In and Gidan Badamasi for not complying with the laws mandating all films shown in Kano State to pass through censoring and licensing by the Kano State Censorship Board and failure to comply with the above notice will attract legal sanctions.”  See copies of the letter below… 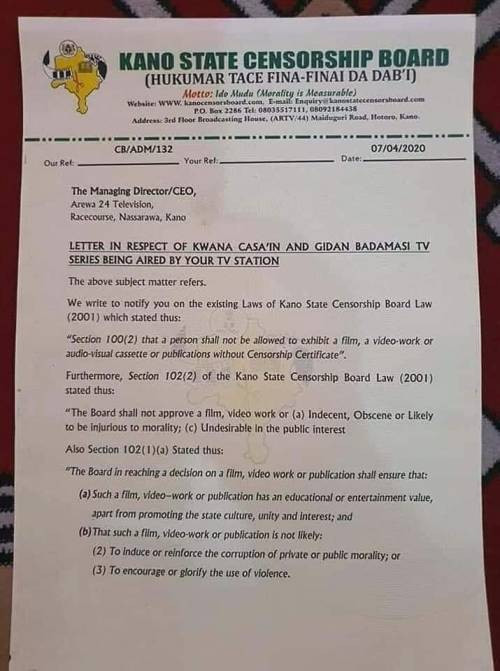 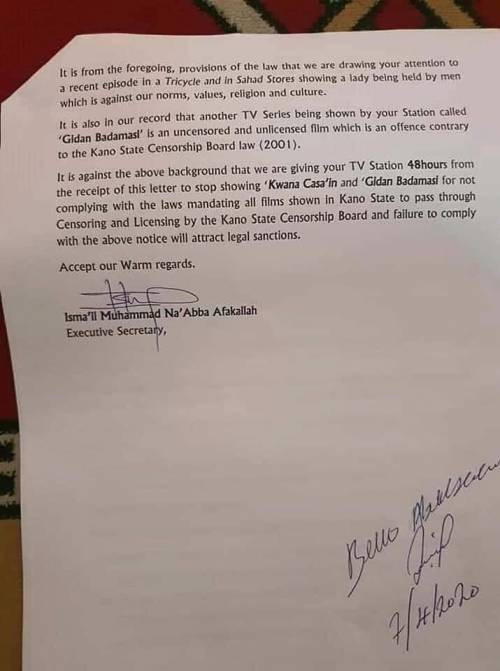 The post Kano State Govt bans TV station from airing two popular Hausa series, says episode which shows a lady being held by men is against its norms and culture appeared first on Linda Ikeji Blog.