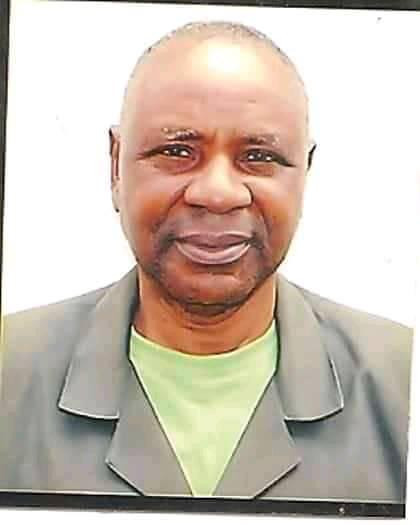 Another Professor has died in Kano State which in the last few days has recorded increased cases of Coronavirus.  Mr Lasun-Eniola, said to be a Professor of Physical Health Education at Bayero University Kano (BUK), died after a brief illness at the University’s clinic on Wednesday May 6.  Until his death, the Oyo indigene was a senior lecturer at the Department of Physical and Health Education, Faculty of Education of the university.  Premium Times reported that Garba Sheka, a senior lecturer at same institution confirmed the death of the late Professor he described as a “devoted muslim”. The cause of death was however not disclosed.  The deceased is said to be the 7th Professor to die in Kano state where dozens of high profile deaths have also been recorded in the last few weeks.  A Facebook user who described the late professor as a mentor and a father, wrote;  Inna Lillahi Was Inna Ilaihi Rajuuun. I just received a shocking news of the death of the father, mentor and icon in our discipline Prof. Lasun Monsuru Emiola of the Department of Physical and Health Education, Bayero University Kano. May Almighty Allah forgive his shortcomings and grants him Jannatul Firdaus. 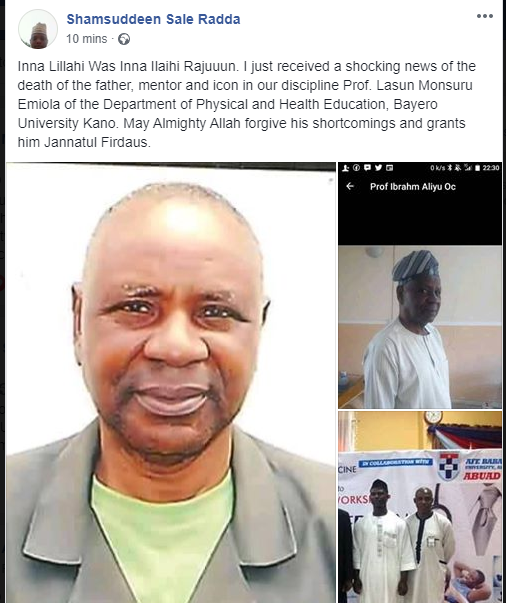