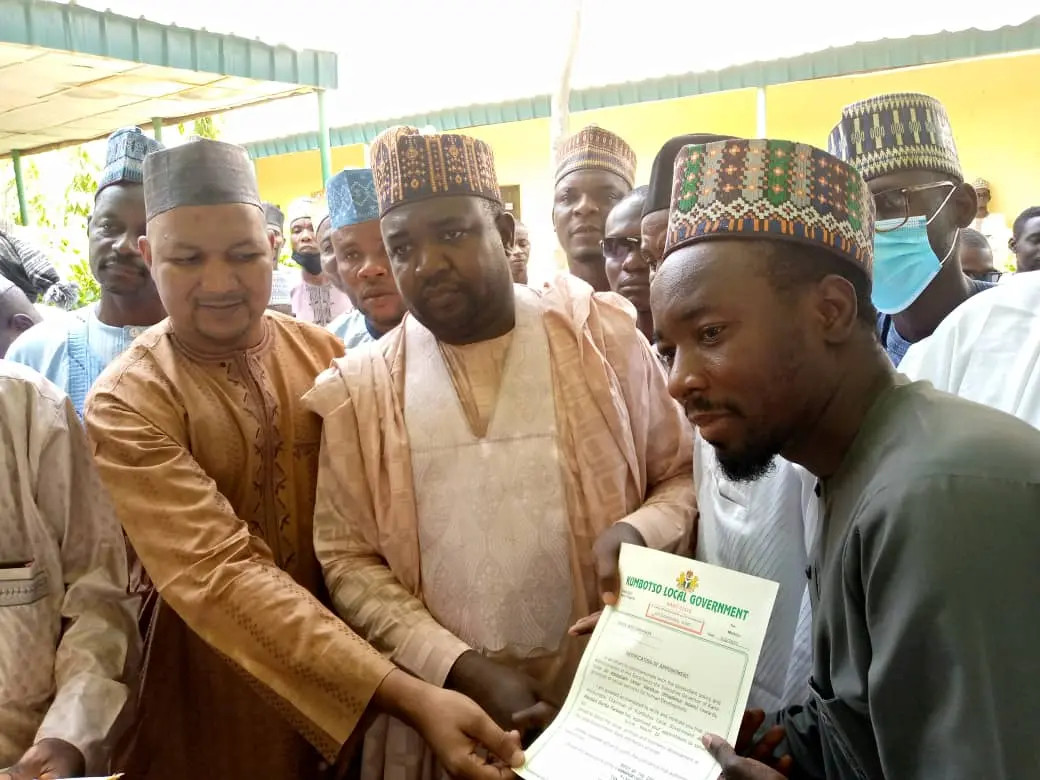 Hassan Garban Kauye Farawa, Chairman of Kumbotso Local Government Area of Kano state has appointed 55 Special Advisers and Assistants. Farawa who said the appointment is in line with the mission of Governor Abdullahi Ganduje to eradicate poverty, urged the new appointees to discharges their duties diligently and with dedication to move the local government forward while swearing them in.  He also appealed to the appointees to be good ambassadors and avoid anything that will tarnish the image of Kumbutso Local Government and Kano State. Farawa said;  “The appointment of the 55 aides is as a result of the efforts of Kano State Governor, Dr Abdullahi Umar Ganduje, of eradicating poverty among youth and to boost the kano State economy more especially during these hard times."The post Kano LG Chairman appoints 55 aides appeared first on Linda Ikeji Blog.
Courtesy of spobam