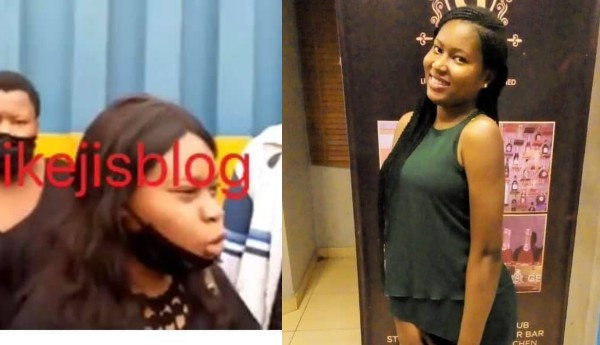 The sister of Vera Uwaila Omozuwa, the University Of Benin student who was raped and murdered in a church in Ovie Quarters, Ikpoba Hill has accused the police of demanding for "mobility fee" before taking up her late sister's case.  The deceased's sister made the allegation after leading some youths in a protest to the Edo state police headquarters where they were received by Edo State Deputy Commissioner of Police in-charge of operations, Ayoola Ajala.  Uwaila's sister stated that she is disappointed in the Nigerian Police for allegedly refusing to following to take up the case when it was reported. She alleged that her father went to the police station in the community several times, but was told that they needed "mobilization money" for the case.  The rape victim's sister alleged that the police officers also asked her father "if her daughter is the first person to be raped". She affirmed that the rape incident occurred on Wednesday May 27, while her sister died on Saturday May 30. One of the protesters also called for the interrogation of the Pastor of the church where the UNIBEN undergraduate was raped.  Here is the video below;       View this post on Instagram         for “mobility money” before taking up the UNIBEN student’s rape and murder caseA post shared by Lindaikejiblog (@lindaikejiblogofficial) on Jun 2, 2020 at 6:40am PDTThe post #JusticeForUwa: Police demanded for ‘mobility money’ before taking up my late sister’s rape and murder case – Vera Uwaila Omozuwa’s sister speaks (video) appeared first on Linda Ikeji Blog.
Courtesy of spobam