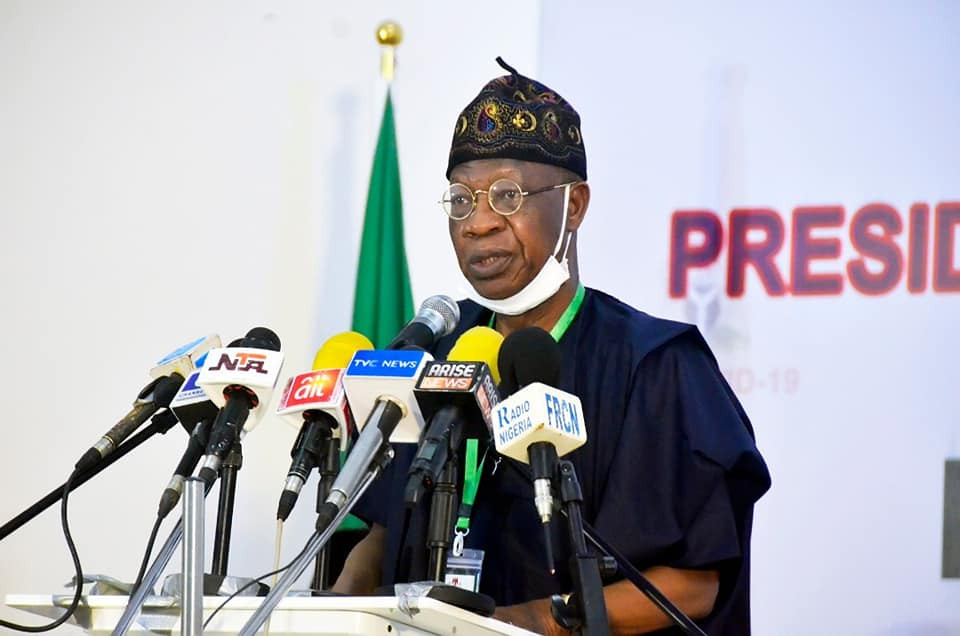 The Minister of Information and Culture, Lai Mohammed, has described as fake news, reports making the rounds on social media that members of the Presidential Taskforce on COVID-19 have been receiving N500, 000 daily as sitting allowance. The Minister who spoke at a press briefing in Abuja on Wednesday, said he was shocked when he heard the rumor. He said members of the team have not received any allowance at all and that as a matter of fact, they have been the ones using their own money to carry out this National Assignment. “The issue I want to take on is that of the sitting allowance of half a million naira, paid to each of the members of the task force. You will remember that each time I come here, since I tested negative for Coronavirus, my other major problem has been fake news. As soon as I got that information, I consulted with my colleagues here whether I’m not a member of the task force and I asked them whether they’d received their own and they said no.What bothers me is that since about 2 O’clock this afternoon I’ve been receiving text messages to send money to people; that they were broke, they had no money and I began to wonder, why today? Apparently, they are acting on this fake news that we receive half a million naira everyday.The truth of the matter is that no member of the committee has received one penny, either for sitting or sleeping allowance, not even when we went to Lagos yesterday. So, you see this fake news is targeted at one thing alone: to distract the government from the more serious problem and task of containing and combating fake news. I want to say loud and clear; no member of the committee receives a penny as sitting allowance. Everybody sacrificed his time, energy and even sometimes his resources”, Mohammed said The post ”It’s fake news” Lai Mohammed denies reports members of the Presidential taskforce on COVID-19 receive N500k daily as sitting allowance appeared first on Linda Ikeji Blog.