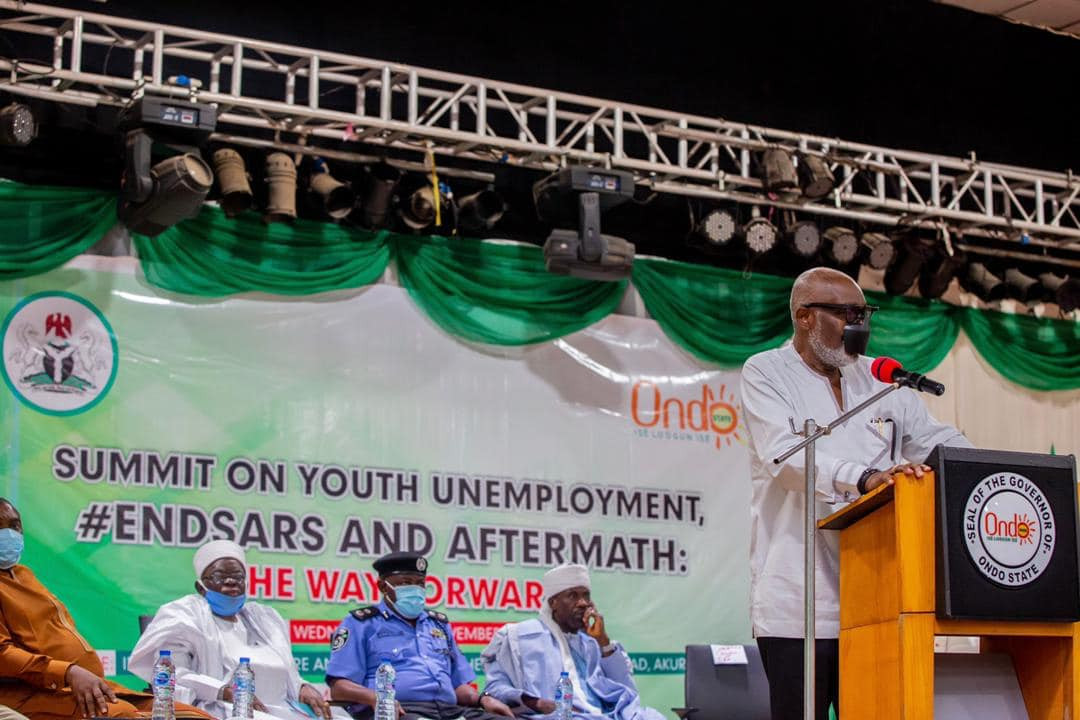 Ondo State Governor, Rotimi Akeredolu has advocated for the enactment of population law as one of the ways of curbing worrisome spate of youth unemployment across the country. The Governor spoke at the ‘Summit On Youth Unemployment, #ENDSARS and Aftermath: The way Forward’ held at the International Culture and Event Center (DOME)  Akure, the State Capital on Wednesday, November 25.  While lamenting that the population is increasing daily in the country,  Akeredolu pointed that a nation that has no population law is not prepared for growth. "We must be able to control our population through population law. We are almost the size of China population. But in China today, there is a law that you can’t have more than one child. We must be deliberate about this population law.” he said.  Governor Akeredolu also called for establishment of technology schools and trade centers to produce self-reliance youths who would be employers of Labour. Akeredolu, who noted that the country must chart a new course to address the issue of youth unemployment, stressed that no state government, whether national or sub-national, can employ all the unemployed youths in the country. He said that the country must also look into the continuous registration and approval of Universities, adding that establishment of technology institutions and trade centers should be encouraged to provide self-sustainable employment for the youths. According to the Governor, the National Youths Service Corps (NYSC) must be retooled to engage the youths productively in a way that part of the service year should include mandatory military training for self defense and more months for entrepreneurship through technical and technological training and trade centers. He said the move would empower the youths and discourage the massive number of youths jostling for government jobs across the country. The post “In China you cant have more than one child” – Gov. Akeredolu advocates enactment of population control law to curb growing unemployment appeared first on Linda Ikeji Blog.
Courtesy of spobam