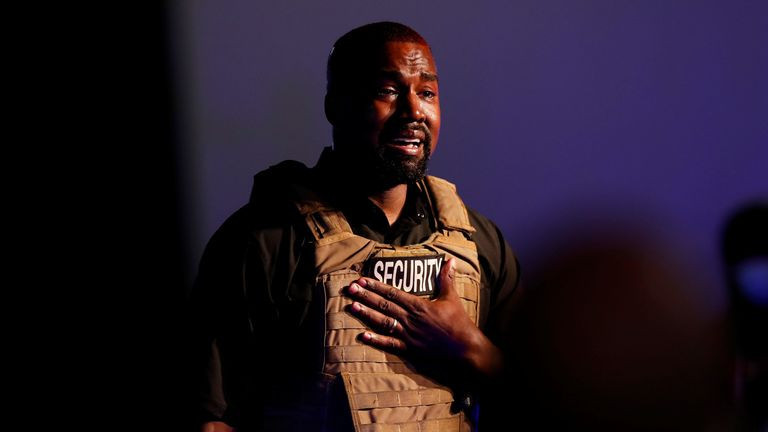 Billionaire rapper and fashion designer, Kanye West, has reacted to the ridicule he received for crying out during a rally early this month when he revealed that his wife, Kim Kardashian nearly aborted his first daughter.The 'Jesus Walks' rapper, revealed how his dad almost made his mum abort him, then started crying as he revealed his wife would have almost aborted his daughter, North West.Kanye, after the rally went into a mental breakdown as he revealed in series of tweets that he has been trying to divorce his wife for two years. His tweets brought about reports that he and his wife were having marital issues leading Kim to reveal the rapper was suffering from bipolar disorder while urging fans to respect his privacy.Kanye has since apologized to his wife publicly, but has now resurrected the abortion story in a pair of tweets on Friday afternoon. According to Kanye, everyone was concerned about him for crying about the thought of aborting his child, when he is even concerned for the world that feels it's not a subject worth crying about. "I cried at the thought of aborting my first born and everyone was so concerned about me… I’m concerned for the world that feels you shouldn’t cry about this subject." Kanye tweeted. 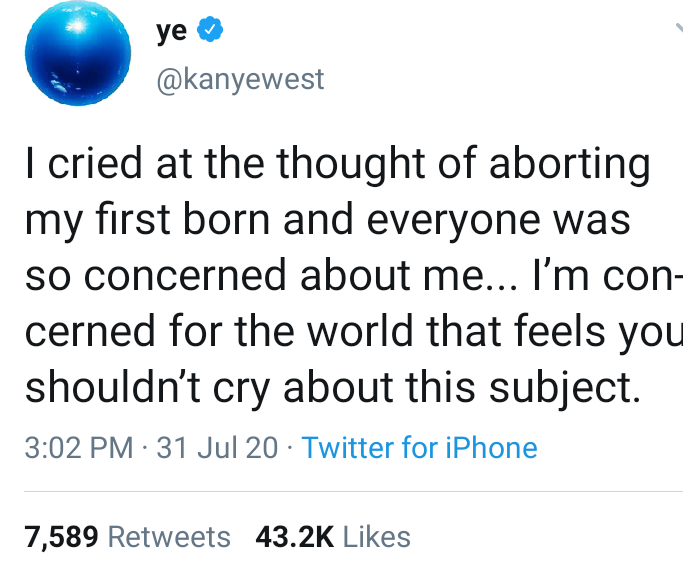 In another tweet, Kanye wrote;"There is a tactic of 4 D’s, Distract, Discredit, Dismiss, To Destroy. I am quite alright Take a second and think about what is being projected here." 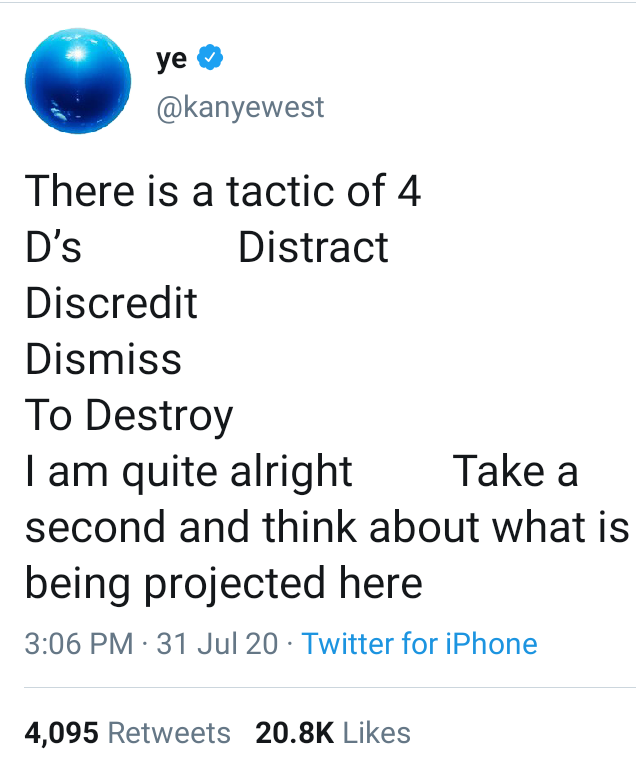 The post “Im concerned for the world that feels I shouldnt cry about the thought of aborting my first born” – Kanye West tweets appeared first on Linda Ikeji Blog.
Courtesy of spobam