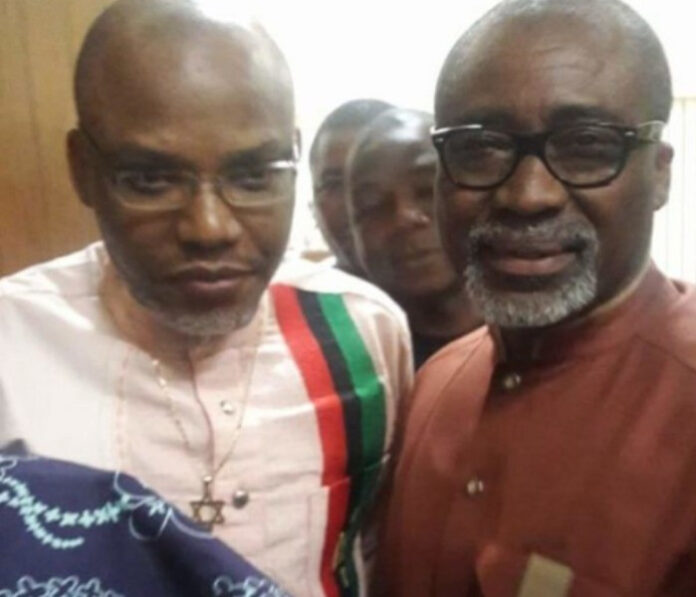 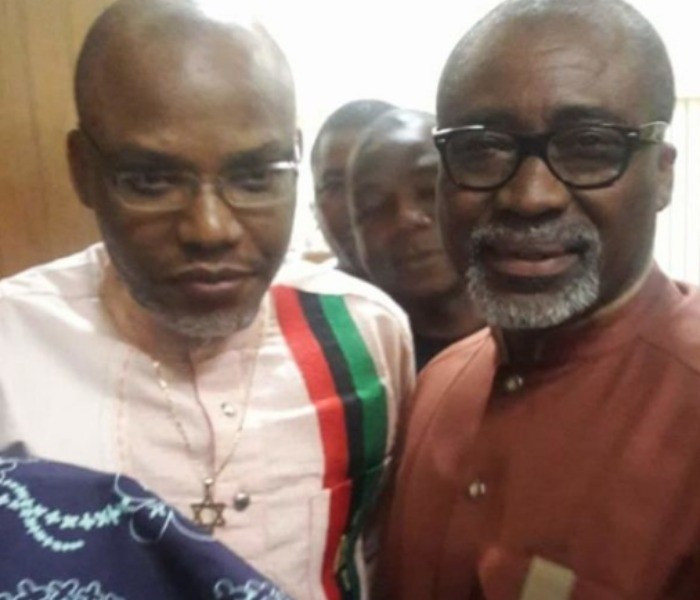 Senate Minority Leader, Enyinaya Abaribe, has said given the opportunity, he will still stand as surety for the detained leader of the Indigenous People of Biafra (IPOB) Nnamdi Kanu in court. Recall that Abaribe, Immanuel El-Shalom, a Jewish high priest, and Tochukwu Uchendu, a chartered accountant, stood surety for Kanu when he was granted bail on April 27th 2017 after spending over a year in detention. Kanu however went underground after the military invasion of his home in Abia state in September 2017. The courts revoked Kanu's bail and then threatened Abaribe with a jail term if he fails to produce Kanu. Kanu was however rearrested in Kenya on June 27 and extradited to Nigeria on June 29. Speaking in an interview with TVC on Wednesday, July 21, the Senator said he would not hesitate to stand as a surety for Kanu again. He explained that he stood surety for Kanu when the IPOB leader was arraigned because it was a condition imposed by the court. According to him, the court ordered that one of the sureties must be a Senator and as the Chairman of the Southeast Senators Caucus then, he had to offer himself as the surety. “He’s our son. He’s from our state (Abia). He (Kanu) said it himself that he ran for his dear life. There is a difference between jumping bail and escaping for your life. I went back to court and deposed that on the basis of the principle of ‘last seen’, that the last people seen with him were soldiers of the Nigerian army who were invading his father’s residence.The judge ultimately ruled that she was revoking bail and issued a warrant of arrest, thereby removing us from the responsibility of providing him. A lot of people did not understand'' he said Abaribe said he did not feel betrayed that Kanu left the country, saying he ran for his life.The post I will stand surety for Kanu again – Senator Abaribe appeared first on Linda Ikeji Blog.
Courtesy of spobam