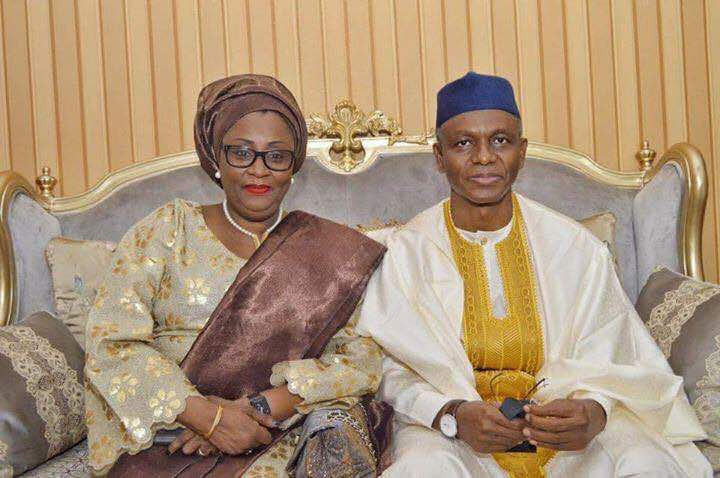 Governor Nasir El-Rufai’s wife, Hadiza has demanded for apology and retraction from Social media activists under the name North Normal Group, regarding an alleged defamatory statement it shared on Twitter and other Social media platforms. The North Normal Group had questioned the Kaduna First Lady’s competence as the Chairman of Kaduna State Sexual Assault Taskforce, after accusing her of endorsing her son, Bello’s “alleged gang-rape threat” with her comment of “All is fair in love and war” in the wake of his tweet which triggered a social media storm. 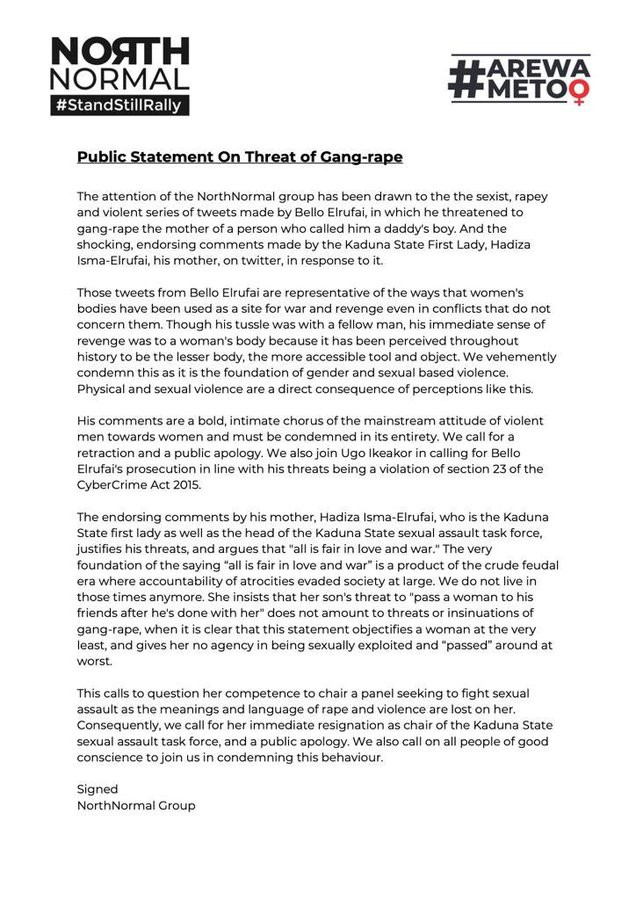 Hadiza Bello who countered the allegation through her lawyers, insisted that she is not a rape enabler or an apologist for sexual and gender-based violence. She backed her stance with tweets she later shared after going through 32-year-old Bello El-Rufai’s tweets.  Asides demanding a retraction and an apology from North Normal group, key members of the group were also asked to post a one minute video in which they will apologize to the Kaduna First Lady on their private Twitter pages with 7 days of receiving the notice.  See the notice below; 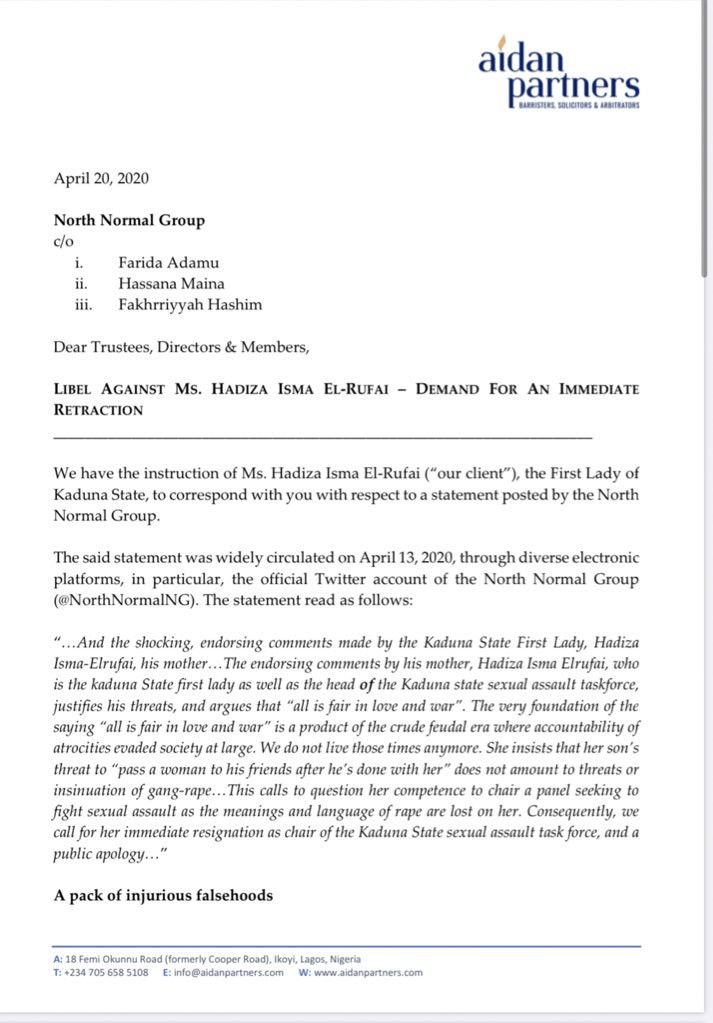 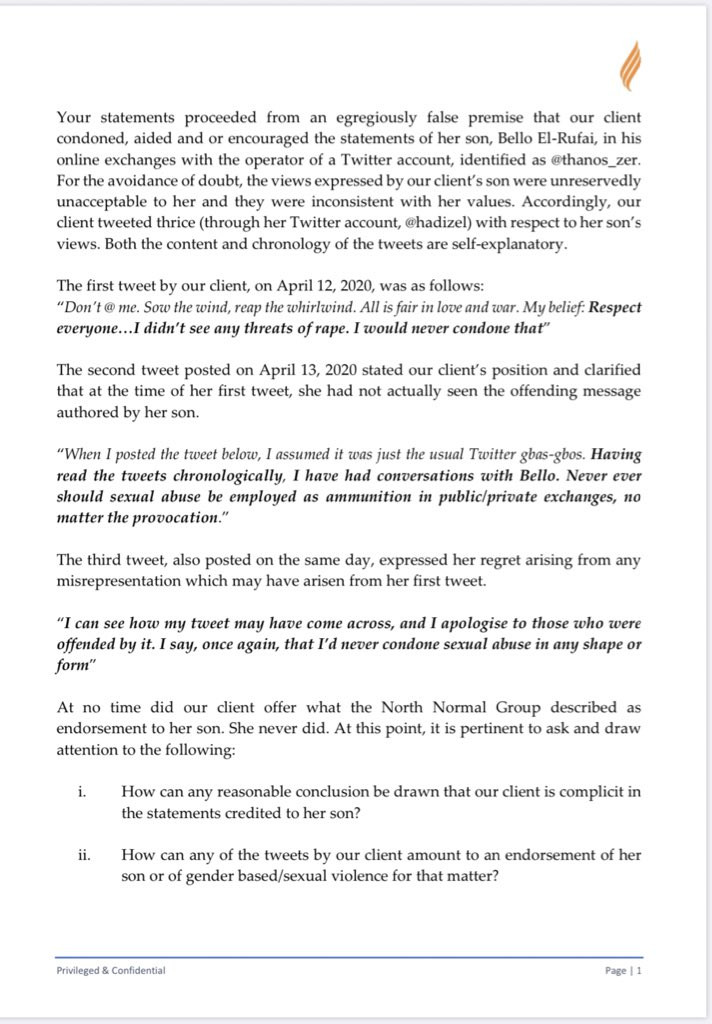 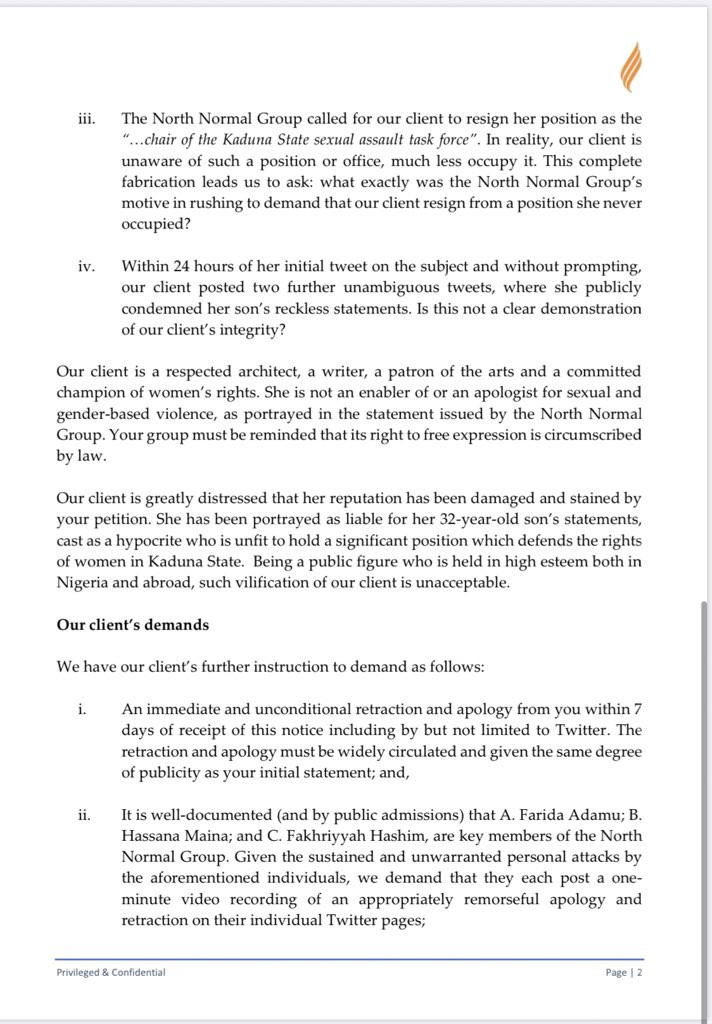 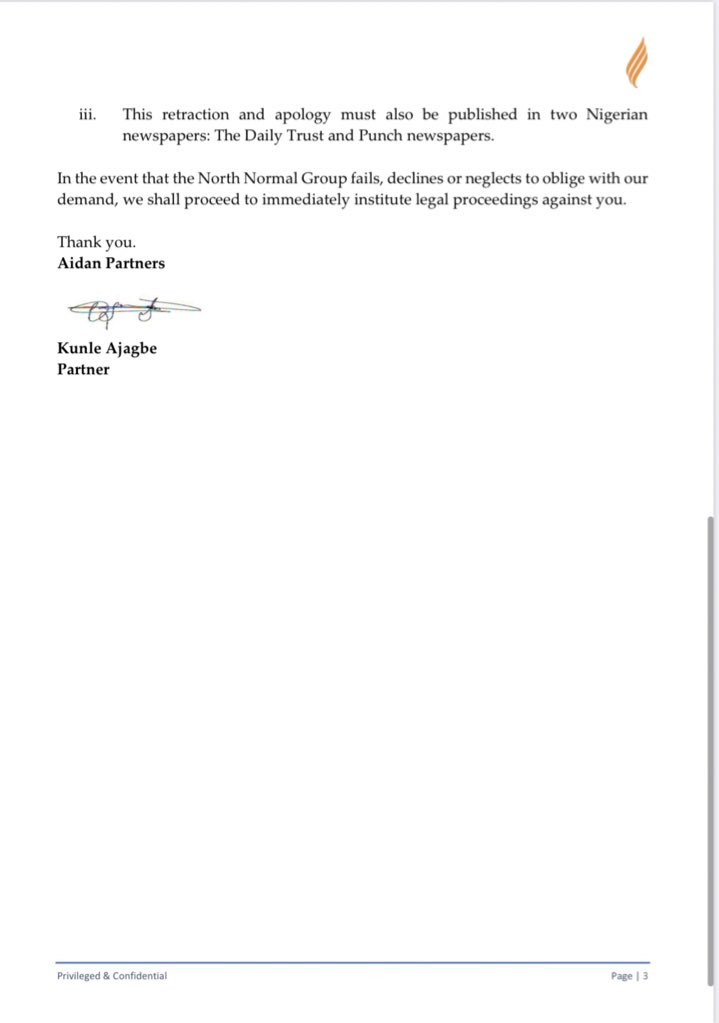