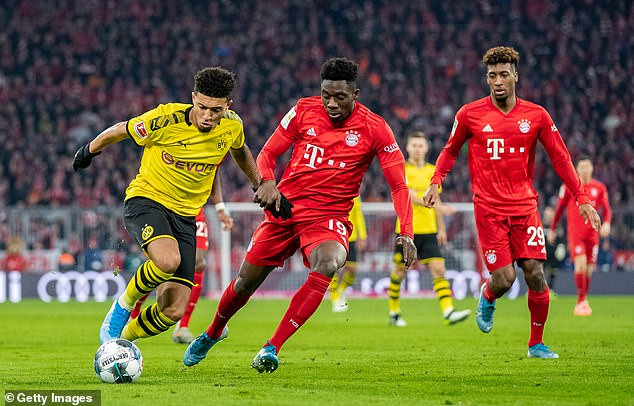 Germany’s Bundesliga is set to become the first major European league to resume amid the Coronavirus pandemic.  The decision was made during a video conference on Thursday April 23, between representatives of all 36 clubs in the top two divisions decided to restart games on May 9, after the remaining league matches were initially suspended due to the Coronavirus outbreak.  According to Mail Online Sport, matches will take place behind closed doors with a maximum of 322 people allowed in and around stadiums for top-flight Bundesliga matches and 270 for second-tier games. The publication also reported that drastic changes will be made with hygiene precautions to be put in place with widespread testing of players and coaches at an estimated cost of £2.2million, while protective masks will be mandatory for some in attendance.   The German football federation (DFL) has estimated that 25,000 coronavirus tests at around £90 each will be needed to check each player on at least a weekly basis. DFL CEO Christian Seifert said: ‘The Bundesliga is ready to resume, no matter whether on May 9 or a later date. But it’s not up to us to find a date. The political decision-makers decide. ‘We have not defined an exact date today. The fact that we are even able to think about resuming games underlines the performance of the German authorities. ‘It would be presumptuous for the DFL to name an exact date for the restart. ‘It’s not in our hands if we return or when. We have several options. If the signal comes in the next week that it can be May 9, then it will be May 9.’  On the issue of testing, Seifert added: ‘Professional football would not even consume 0.4 percent of the available test capacity in the country.’  He said there had been 14 positive Covid-19 cases among 1,100 licensed players and all had recovered.  The next federal government conference, which could give the green light for the plans, is scheduled for April 30.   According to Worldometers, Germany has 150,729 recorded cases of Coronavirus with 5,315 deaths, while 91,612 people have recovered from the disease.  The post Germany’s Bundesliga to resume on May 9 with just 322 people per game allowed into stadiums amid the Coronavirus pandemic appeared first on Linda Ikeji Blog.
Courtesy of spobam