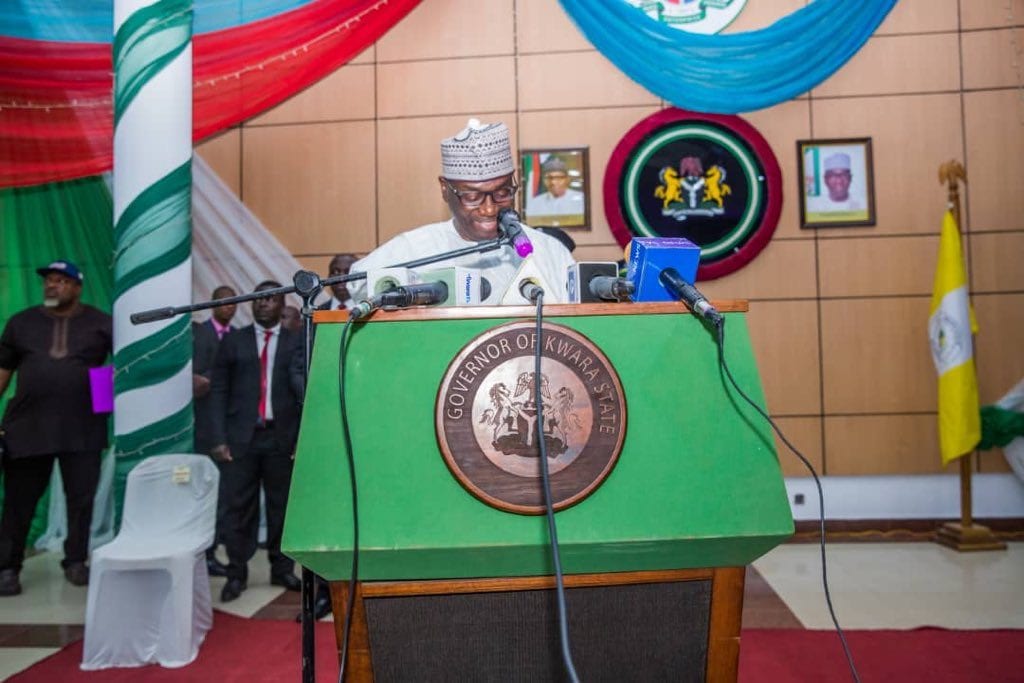 Fresh facts have emerged about how a private clinic in Kwara State and the state authorities attempted covering up the first COVID-19 case recorded in the state.

Kwara government had earlier announced that two cases were recorded in the state a few days ago.

However, when the state government revealed that one of the two cases is the wife of a United Kingdom returnee who died in the University of Ilorin Teaching Hospital, it, however, only stated that the other patient is also a UK returnee but failed to give further details.

Meanwhile, POLITICS NIGERIA reliably gathered that the first case was discovered for more than three days before the second case but the state kept mute.

This reporter learnt that the man, who appeared to be in his early fifties, was rushed to Gentleman Abdulsalam Memorial Hospital, a private facility in Offa, and was treated as an out-patient before he was transferred to the State Isolation Center at Sobi Specialist Hospital, Ilorin, on the same day.

A top source in government noted that the man returned from England, one of the high-risk regions for COVID-19, on March 18. According to his travel records, he had spent over five days in Lagos before he arrived Offa in the company of some of his relatives.

It was gathered that although the man showed COVID-19 related symptoms, the hospital management claimed it was Diabetes precoma, a severe complication of diabetes.

Nonetheless, Dr Abdulsalam O.M, who is the owner of the private facility and also doubles as the Chief Medical Officer of the General Hospital in Offa, kept the status of the patient to himself even though some of his staff came in contact with him.

While the state government on Tuesday claimed to have traced over 75 contacts of the first case, the staff of Gentleman clinic are yet to be informed officially talk less of being isolated from the public to curb the spread.

This newspaper learnt that some parts of the hospital were fumigated on Monday but no information was passed across to the staff. As at the time of filing this report, the hospital is fully operational with no preventive equipment provided, this reporter confirmed.

Some of the staff members, who were on duty when the patient was in the facility, were told to write down their names and the list was submitted to the state government.

Recall that the World Health Organisation and health experts have emphasised the importance of isolation as a means to curb the spread of the pandemic. In fact, the global health organisation advised a minimum of 14 days isolation for suspected cases and people who have come in contact with an infected person.

“Self-isolate by staying at home if you begin to feel unwell, even with mild symptoms such as headache, lowgrade fever (37.3 C or above) and slight runny nose, until you recover. If it is essential for you to have someone bring you supplies or to go out, e.g. to buy food, then wear a mask to avoid infecting other people,” WHO advised those that have had contact with a patient.

Speaking with our reporter on Wednesday, an Ogun-based health expert, Otun Oluwadamilola said: “All hands should be on deck to prevent the spread of infection. Once a case has been confirmed, the person is isolated and there is contact tracking of all the individuals the person has come in contact with, they are quarantined and properly monitored for two weeks which is the incubation period of the virus.”

Ms Oluwadamilola stated that anything other than that is against the norm. She also urged the state government to lock down the facility to limit the spread of the virus.

However, when this reporter contacted the Chief Press Secretary to the Governor and Spokesperson of the Technical Committee on COVID-19, Rafiu Ajakaye, he did not deny POLITICS NIGERIA’s findings.

He told this paper that the fumigation of the facility was facilitated by the state government. When quizzed on why some of the staff of the clinic are yet to be isolated, he told this reporter to send a text message and promised to get back.

Nevertheless, the text messages sent have not been responded to as at the time of filing this report and the follow-up calls were not responded to up till Thursday.

Since the first two cases in the state are from Offa, the state government had pronounced a total lockdown of the local government.

“Following the confirmation of two cases of COVID-19 in Offa, the government is compelled to effect a total shutdown of the ancient town to contain community transmission and save people’s lives. This shutdown will become effective at 6 pm local time on Wednesday, April 8th,” it announced on Tuesday evening.

The state stated that the directive is pursuant to the Kwara State Infectious Diseases (Emergency Prevention) Regulation 2020.

“The shutdown means Total restriction on every vehicular movement into or from Offa. The exceptions to this directive are those contained in the recent address of Mr President which granted access to vehicles transporting foodstuffs, poultry and pharmaceutical products.

“Any other movement, private or commercial is hereby banned for the next 14 days or until such a time the government is satisfied that our people are no longer at risk of mass infections arising from the two cases that have been traced to the town.” the state declared.