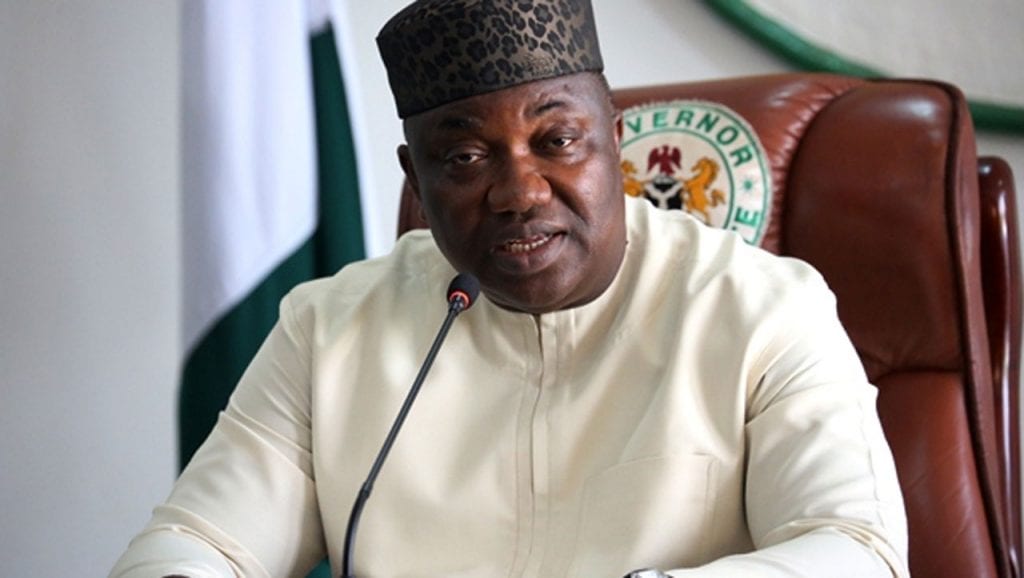 POLITICS NIGERIA recalls that Ugochukwu, the former Health commissioner in the state, died on April 3 following a kidney disease.

However, the governor while swearing in the new cabinet officer, said that the choice of Obi followed the need to re-engineer the healthcare system in the state.

He said that the outbreak of the Coronavirus (COVID-19) disease had made such move and the urgent replacement of a health commissioner more compelling.

The governor said that the state Assembly had earlier confirmed the appointment of Obi in view of the prevailing circumstance.

Ugwuanyi charged the health commissioner to bring his expertise to bear on his new job.

Responding, Obi thanked the governor for the honour to serve the state as a commissioner.

He assured the governor of his willingness to discharge his duties with diligence.

It was gathered that that Obi, an associate professor, was until the appointment a Consultant and Public Health Physician at the University of Nigeria Teaching Hospital (UNTH), Enugu.

He was also a lecturer at the College of Medicine, University of Nigeria, Ituku Ozalla, Enugu.