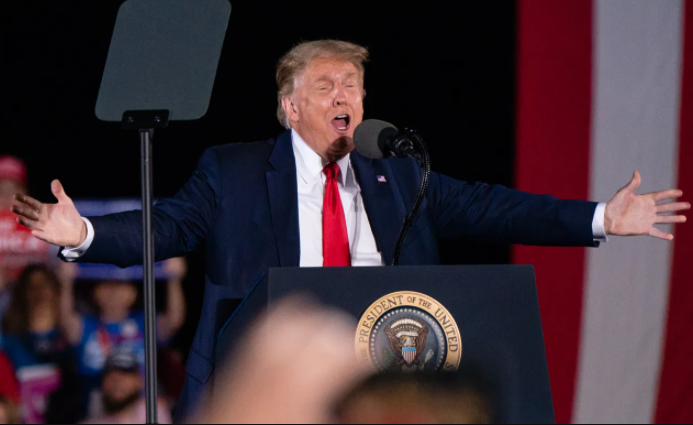 President Donald Trump has said he might leave the US if he loses the presidential election to Joe Biden because he is the worst candidate in the history of presidential politics.Trump joked about leaving the country while speaking about the prospect of his rival Joe Biden winning the election during his Make America Great Again campaign rally in Macon, Georgia on Friday, October 16. The president told the crowd that "running against the worst candidate in the history of presidential politics, puts pressure on me”“Can you imagine if I lose, my whole life, what am I going to do? I am going to say I lost to the worst candidate in the history of politics?” Mr Trump said while blasting Joe Biden.“I am not going to feel so good, maybe I will have to leave the country, I don’t know,” Mr. Trump added.     View this post on Instagram           A post shared by Lindaikejiblog (@lindaikejiblogofficial) on Oct 17, 2020 at 11:27am PDTThe comments come days after musicians Bruce Springsteen and Tommy Lee swore to do the opposite and leave the US if Trump is re-elected as president again.  The New York Times reported that Trump is trailing behind Biden in polls as well as in campaign contributions.  The publication said Biden has raised a record $383 million compared to Trump's $247 million last month.The post Donald Trump says he might leave US if he loses the election to Joe Biden because Biden is the worst candidate in the history of presidential politics (Video) appeared first on Linda Ikeji Blog.
Courtesy of spobam