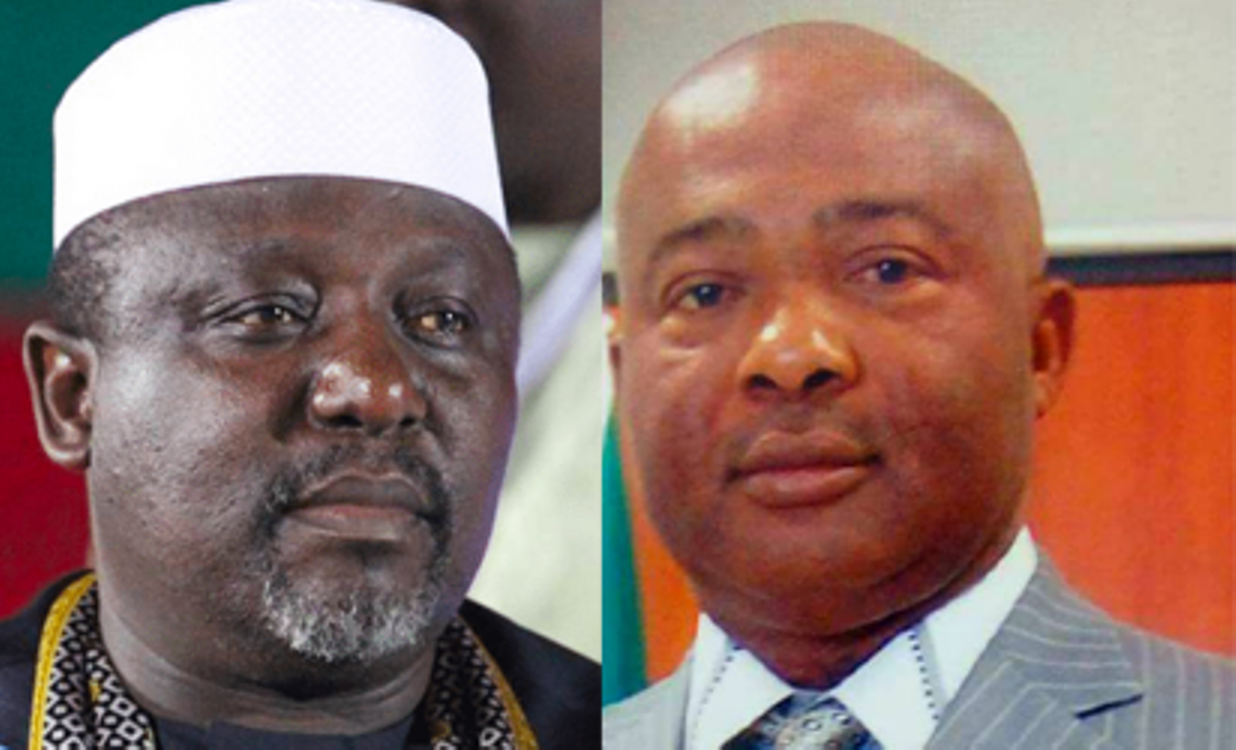 Former governor of Imo State and member representing Imo West Senatorial District, Owelle Rochas Okorocha has told Governor Hope Uzodimma to stop destroying the assets of the people of the state in a bid to get at him.  Okorocha who insisted that the assets he left belongs to people of Imo state, expressed regret that most of the "people-oriented signature projects" constructed by his administration had been lying waste and abandoned by his successor. He said;  “It’s been one drama or the other since I left office as the governor of Imo State. It started with Emeka Ihedioha and now, Hope Uzodimma.“I decided not to show my my face and give leaders opportunity to correct the wrong things that have been going on.“But, the government of the day is not able to differentiate between Rochas as a person and what Rochas did for Imo State as governor.“Whatever assets I left here doesn’t belong to me. It belongs to the people of Imo State.“For instance, the 1000-bed Somto Hospital is being demolished by the government, in place of market shops. That hospital was commissioned by the Vice President, Prof. Yemi Osinbajo.“I don’t know why the police headquarters is still being neglected and abandoned. It is a similar situation with the 3400 capacity prison headquarters.“The cargo airport is also abandoned without use. The Aguisi Ironsi tunnel which created ways to manage traffic in the capital city is being brought down. They couldn’t even break down the tunnel.“The two biggest flyovers which can contain 1000 fully loaded trucks is being abandoned without use.“I’m equally saddened that the RAMP rural roads projects have been stopped. Are you also fighting Rochas by stopping such projects.“These have called for concern. A fight against Rochas must be disconnected from a fight against Imo people“My heart is bleeding over the destruction of Imo property especially Somto Hospital. That project is over N1.6 billion. It would have been better if they had turned it into a shopping mall instead of demolishing the edifice.“I’m calling on Governor Hope Uzodinma to concentrate on the fight against me and leave Imo people alone. Let’s separate politics from governance. Hope is mixing politics and governance. “They based their destruction on China projects but it’s taken them months to destroy Akachi and the Ironsi Tunnel.“Fighting me through EFCC, DSS, and ICPC is enough. Stop destroying Imo properties.” Responding to this, Governor Uzodinma's aide Modestus Nwamkpa claimed that the demolished and abandoned projects were either of substandard quality or of no use for the state. He said;   “I want to tell you that most of those projects that you mentioned like the flyovers and tunnels were declared defective by the Nigeria Society of Engineers. This even happened when Ihedioha was here as governor. But, because of the cries and complaints of the people of the state, the current government decided to demolish the tunnel. That thing he called tunnel turned out to be a stream of water.“The flyovers were not started by Okorocha. It was Ikedi Ohakim who conceptualized and began work there. But, Rochas came and abandoned the standard specifications. This led to the NSE declaring the flyovers defective and not good for human use.“Those projects were abandoned by Okorocha himself. For instance, after demolishing the Eke Ukwu market, Rochas built what turned out to be public toilet and claimed that it was a hospital. We all know what a hospital is. There was never any time a hospital was there. However, Governor Hope Uzodinma has promised to build a standard market there as requested by the Owerri people within 18 months.“On the police and prisons headquarters, it is the two federal agencies that will determine when to move into those places and not Hope Uzodinma. I understand that the two agencies did not find the buildings fit enough to house them.”The post Concentrate on the fight against me and leave Imo people alone – Okorocha tells Uzodinma appeared first on Linda Ikeji Blog.
Courtesy of spobam